From the overture to the finale, Company by United Players of Vancouver, plays to the cast’s strengths by letting them sing their hearts out. A few pacing issues slowed the energy, but the audience was right back in it anytime the music kicked in.

Company introduces us to New York bachelor Robert, affectionately known as Bobby by his friends. Bobby is celebrating a milestone birthday surrounded by married couples and wonders if love is passing him by. It doesn’t help when a friend wishes him a year with “fame, fortune and your first wife.” 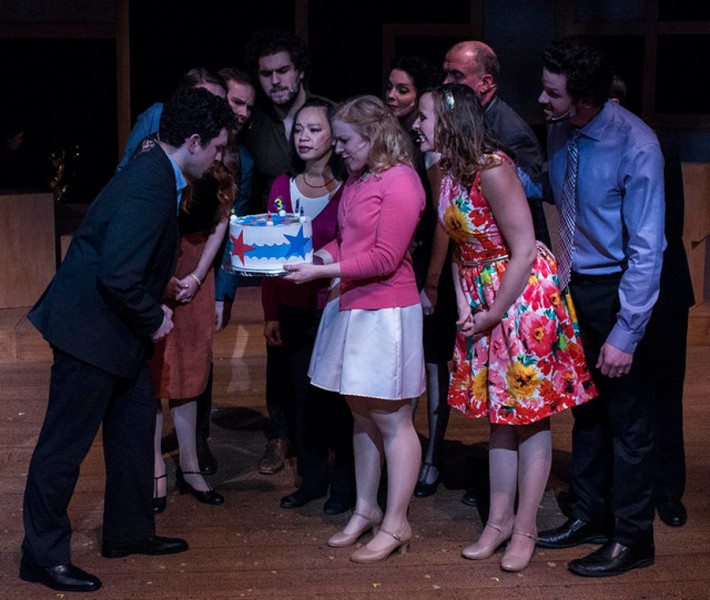 Bobby’s friends may want him to settle down, but their marriages seem more miserable than blissful. So what does he want? Through conversations, dates, and ballads, we discover the roots of Bobby’s stubborn singledom. Maybe riding solo isn’t so bad.

United Players of Vancouver’s production of Company features uniformly strong singing and choreography work. The cast features a who’s who of Vancouver musical theatre talent, led by Nick Fontaine as Bobby. Fontaine is moving in “Someone Is Waiting”, and is suitably pessimistic when discussing love with company. Other standouts in the show are Leah Ringwald as Amy in the number “Getting Married Today”, and scene-stealer Morgan Churla as April the bubbly flight attendant. The passion from these characters elicited some of the biggest audience reactions at Jericho Arts Centre. 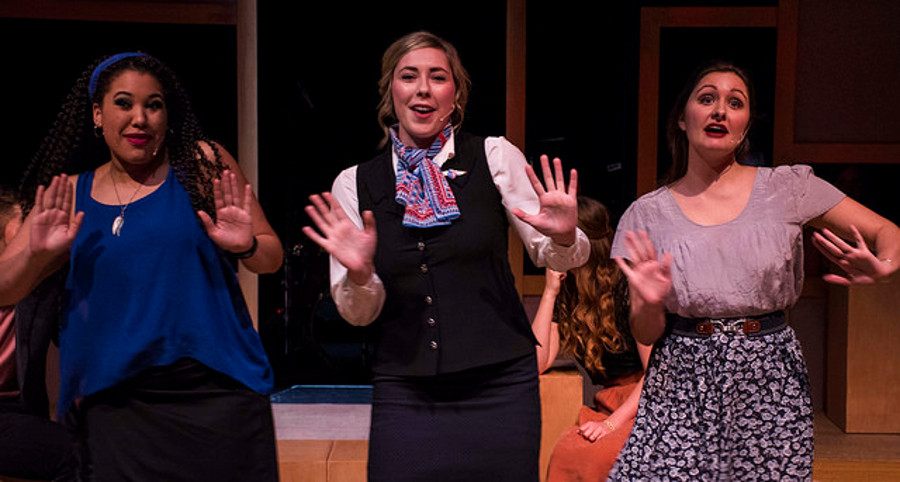 That passion was missing in early non-singing scenes, with energy lagging in parts of the first half. With Company set in present day New York, I would have loved to see more intensity during early revelations. Though things did ramp up as the show went along.

Set-design by Brian Ball may not be to everyone’s taste, but I enjoyed the Tetris-inspired shapes and cut-outs. The musicians led by Clare Wyatt did a fantastic job bringing Stephen Sondheim’s music to the stage.

Company is over 35 years old, and still has relevant things to share about love and friendship. Perhaps you’ll even discover something about your own relationship.

Disclaimer: Another one of Vancity Buzz’s writers, Cassady Ranford, is one of the performers of Company.