For a show that bills itself as a “family drama”, Common Grace plays more as a comedy. Which is fine, as both can be entertaining genres, it’s just nice to know what you’re getting into.

Common Grace stars Colleen (Shauna Johanneson) as a woman returning home to the Fraser Valley for her father’s funeral. Colleen had disappeared for months to Edmonton while her father was on his death bed, and finds her family torn apart by secrets and tragedy. Her sister Miriam (Julie Lynn Mortensen) and mother Carol (Kerri Norris), immediately confront her when she steps in the door: “You don’t get to just waltz in after six months and railroad everything”. 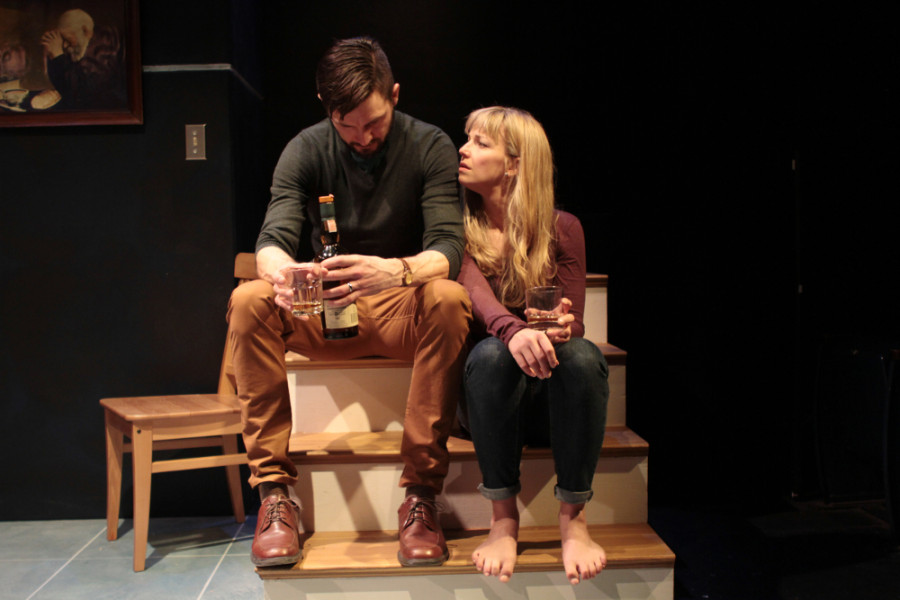 As funeral plans are finalized, we discover the real reason why Colleen ran away to Alberta: she had been having an affair with Mark (Robert Garry Haacke), a local schoolteacher who also happens to be married. The scandal! The play rumbles along until we get a confrontation between Colleen and the wife Abby (Rebecca De Boer) at the funeral. Mom finds out about the affair, bad words are said, and it’s not even intermission yet.

Themes of faith, family duty and belonging play out in the gorgeous kitchen set of Common Grace, designed by Carolyn Rapanos. Heavy material, but the show as a whole is missing gravitas. This may be because Common Grace ultimately turns into a comedy. 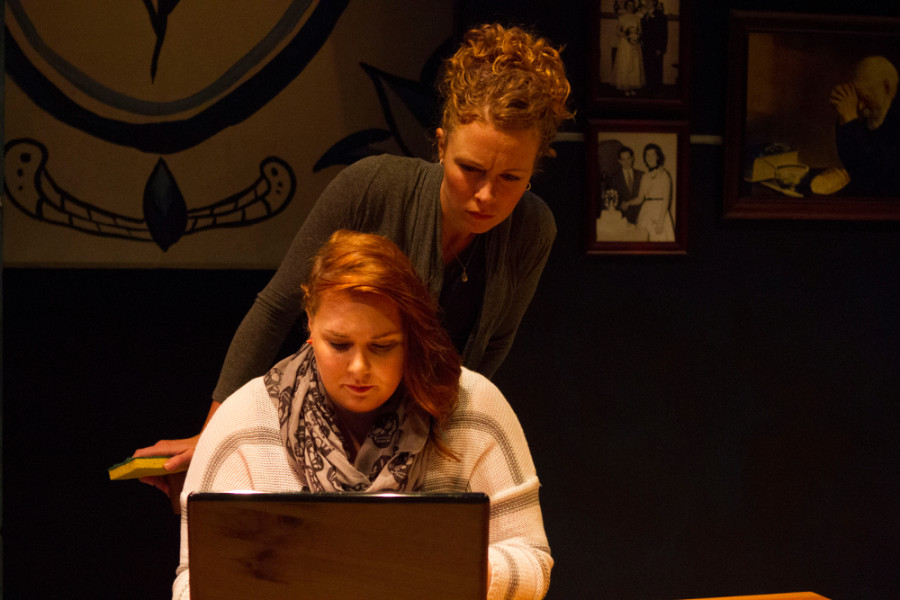 The script by Johanneson had strong moments, but the dialogue leaned on sitcom-esque punchlines and situations. Emotionally-charged scenes were undercut by laughs from the audience, whether at the antics of mom drinking in bed, or sister Alanna (Cara Cunningham) doing yard work in pajamas. Even Pastor Dan (Carl Kennedy) seemed to always pop into the kitchen at just the right awkward moment.

Moments of vulnerability felt most real and satisfying. When the sisters and mother pull together and work through differences, they discover the truth: family will always be there.

Common Grace is filled with surprises, so be prepared for an emotional ride. Be ready to laugh more than you expected too.