It’s a parent’s worst nightmare and a young adult’s aspirational dream – drugs, sex, and exploration, all wrapped up in a new environment far from home. Set on the isolated-but-familiar shores of Victoria, B.C., Bright Blue Future is about millennials coping with anxiety through exactly the wrong ways. An original work by Sean Harris Oliver, Co-Artistic Director of Hardline Productions, the actor-turned-playwright draws heavily on his own past to examine the pressures faced by today’s 20-somethings.

Vancity Buzz sat down with Sean Harris Oliver to talk this coming-of-age tale, set against the backdrop of the global economic recession:

BBF is Oliver’s first play, started in 2008 at the height of the recession when “people were just losing their minds.” While Oliver allows that B.C. was relatively shielded from the worst of the fallout, he saw first-hand the undercurrent among millennials at the time. “We were getting into the workforce, and there was nothing. It was just a barren wasteland.”

Being a playwright was never in the original game plan for the emerging actor – it was more out of necessity to get his company, Hardline Productions, noticed by the local theatre community and beyond. Oliver sees himself more as a curator than creator, taking from long discussions among his friends about their futures.

“What are we doing with our lives? Where can we get jobs?” By 2013, with a second original play under his belt, Oliver returned to finish BBF with newly honed skills as a director and actor, polishing the final product with help from the Playwrights Theatre Company. 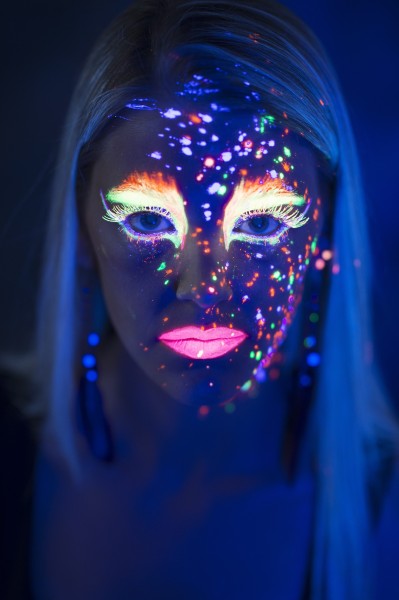 What’s in a millennial

Does Oliver consider himself a millennial? “I think so. To me, millennials were people born in the ’80s, anyone who had an idea of what the world was like before cellphones.” Another shared experience was around EDM, which he believes was a defining trend for the generation. “Daft Punk was such a big influence in my life. You get people who were born in the ’90s and they’re like, ‘Who the hell is Daft Punk?’”

BBF sounds autobiographical, and Oliver openly admits, “In my 20s, there were definitely alternative things I was trying out… I was partying too hard and I don’t think I had the right coping strategies.” This newfound freedom, paired a more liberated view of sexual identity, can make for a confusing mess of choices. “People are still using substances to deal with the anxieties in their lives – whether alcohol, marijuana, or harder drugs.”

Fast-forward to 2016, Oliver claims the low Canadian dollar and falling price of oil have seen those same anxieties come to the forefront. Millennials are struggling now more than ever, and the characters in BFF only learn who they are by repeating their mistakes over and over, sometimes to disastrous effect. Oliver draws parallels to his own ‘adulting’ experiences, “The hopeful outlook you can get from self-discovery. I know who the core of ‘me’ is, and so I can deal with what’s happening outside of me.”

Hardline Productions is known for raw, intense work, and BBF will be no different. “It’s a very funny play but it’s connected to a world that can get dark really fast. Like a Tarantino movie where things get worse and worse, and you just hold your head and say, “Oh my god, I can’t believe these characters are doing this.”

For more information and to get tickets, visit Hardline Productions’ website.

Due to the mature themes explored in the play, Hardline is partnering with both Karmik, an initiative focusing on pragmatic harm-reduction strategies in nightlife and other events, and Qmunity, a queer resource centre where LGBTQ individuals searching for community can meet, guide, and support each other.