While most Canadians have the luxury of living in a relatively safe and amicable world, one theatre company is putting on a play that brings war to the centre stage.

Do you know what it’s like to have a gun raised to your head? Have you ever tried carrying on living in the middle of a war zone?

These questions now verge on hyperbole, with constant coverage of war and tragedy on TV and online on a daily basis. News has almost become pornographic with disturbing visual and descriptive imagery, to the point where many Canadians have become desensitized towards events happening across the world.

This is the point of entry surrounding Pi Theatre’s newest work, opening this weekend at Performance Works. It’s the 20th anniversary of Blasted, but only the second time the play has been performed in Canada. 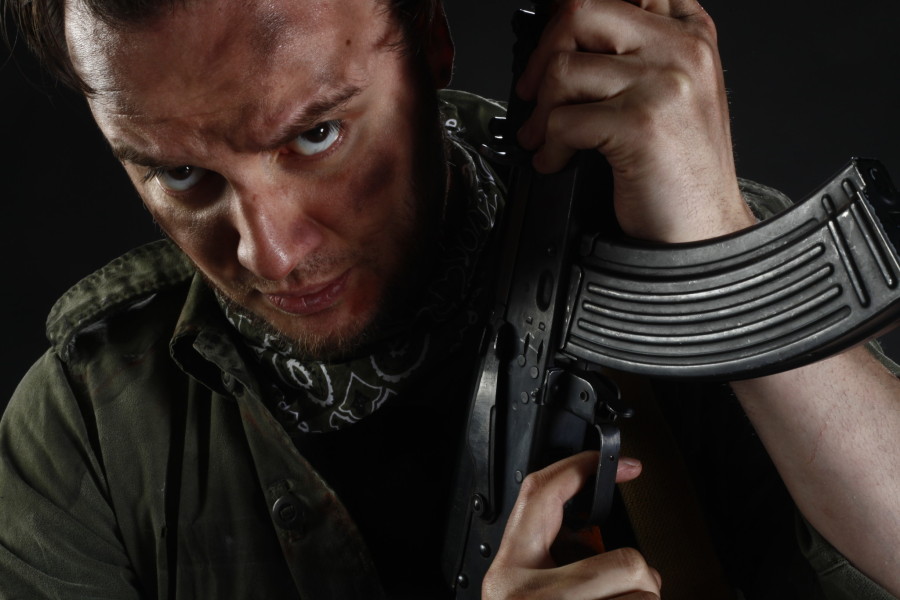 Blasted was decried as ‘trash’ at its 1995 London premiere, but conversely is also hailed as a defining moment of theatre history. You’ll see it mentioned in most contemporary textbooks on the subject, a pillar of the ‘in your face’ movement that has gone on the influence so many theatre companies in Vancouver.

“The play takes domestic and intimate violence that happens between two people behind closed doors, and demonstrates how it’s all part of the same continuum as institutionalized violence.”

So why isn’t such an important and divisive play performed more often? Sitting down with Richard Wolfe, Artistic Director of Pi Theatre, it’s clear that the company doesn’t care about putting on popular or well-perceived work. Wolfe notes that while people will go see lots of challenging films, but when it comes to theatre, things are even more intense and immediate. 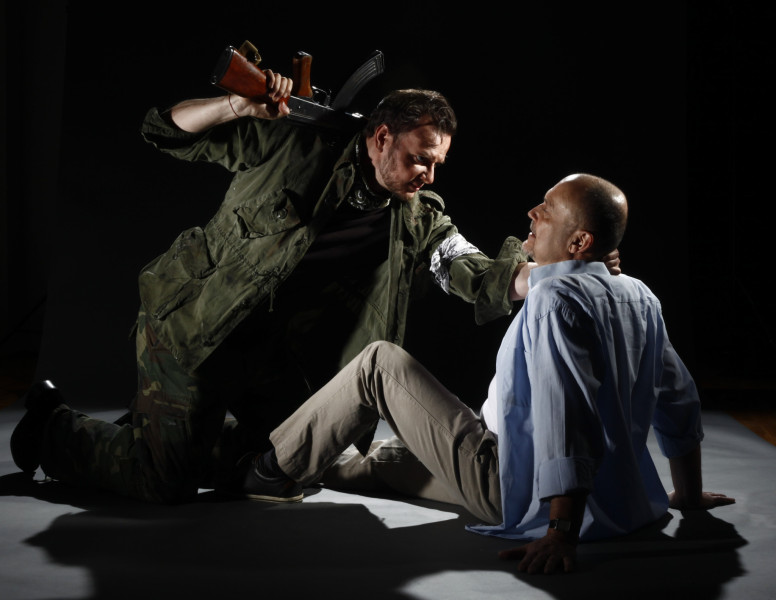 “I don’t like the passive experience.” Violence for violence’s sake might be entertaining, but with Blasted, Wolfe digs deeper into the human psyche and how we respond to tough issues. Writers like Blasted’s Sarah Kane wanted to affect their audiences; they didn’t want them to be passive and comfortable.

“I think audiences do respond to a good intense, emotional, intellectual ride. You want to go to an experience that really gets you charged up.”

Wolfe also loves the unavoidable intimacy of the theatrical stage. “One of the things I love about theatre is how real it can be, for both the performers and the audience.” It makes the message of Blasted – the pornographic element of death in wartime, the dirty secret that people like reading salacious content as long as it’s not too close to home – all the more evident and unavoidable.

In fact, Pi has been doing this for a long, long time. Vancouver audiences are growing more used to theatre that tackles serious ideas while entertaining, as with the growing popularity of festivals like PuSh. Wolfe isn’t a stranger to taking risks instead of relying on box office hits – it’s about getting people in the mood to take a chance. That level of trust takes time to build, but Blasted sounds more like a rock concert than an overly intellectual discussion on the Bosnian crisis.

Disclosure: Cecilia Lu used to serve on the board of Pi Theatre. She’s now just an appreciator and supporter of the fine work Pi puts on.