Return to Grace is coming to the Queen Elizabeth from March 22 – 27. Vancity Buzz got a sneak peek of the rocking show by talking with the frontman himself, Steve Michaels.

Tell us a bit about the show.

It’s the concert of a lifetime. It’s the King’s legacy in music and it’s presented from a fan’s point of view, because the people that are going to come out and see the show are most likely uber Elvis fans. His music and his lifetime unfolds onstage. It’s a moving, moving event.

What makes this Elvis tribute production different than others we’ve seen?

Sincerity, authenticity, and respect. First you have me, who is honoured to be the front man of the entire show and ensemble but I am a crazy Elvis fan. Here I am, knowing what the people in the audience are expecting to see because I too am an Elvis fan. So if I’m going to be watching a show or something, I already know the expectations that I would want that person performing that character to be at. I’m always on watch to make sure it is authentic, it is done with the utmost respect. If Elvis never did it, then I don’t.

How was the show created?

Robert Asselstine, the producer, had always wanted to put together a show dedicated to the memory of the King of Rock and Roll. He was fighting because he couldn’t find someone to fill those blue suede shoes. There’s many tribute artists out there in the world, myself included, but he truly needed to find somebody to embody the character and for the longest time he couldn’t find that guy. It was the strength of my previous shows that caught Rob’s attention and he came to watch me perform. He introduced himself and told me what he wanted to do, to put together a show like no other. He asked me what part I wanted to play and I said them all. Elvis Presley was only one man, so why would you want four or five people performing the same guy? That was late 2009, and in 2010, Rob started to develop this show, Return to Grace. It was a year in it’s development phase and it premiered in 2011 at the Fallsview Casino. Because of the instant success and the returned engagement at the Fallsview, the show caught the eye of the  Mirvish Theatre Company in Toronto. We did our very first run in Toronto’s theatre district and the success was so great that we’re returning back there in June. All this has prompted this amazing opportunity to take Return to Grace on tour to Edmonton, Saskatoon, Calgary and Vancouver.

What inspired you to become an Elvis tribute artist?

Because he’s so cool! When I first started doing it, performing Elvis, I never really thought that this was what I would do for the rest of my life. It was out of sheer adoration of Elvis, so I thought, you know what, I can’t do any worse than what I’m doing now. had something to offer so I thought I’d try it out. I went up to Collingwood my first year and I sort of caught the buzz, I really enjoyed doing what I was doing. But I started it because I really was an Elvis fan, I thought I could introduce something new to the genre. I was one of the first guys in Canada to introduce the new generation of tribute artists which started focusing on the 50s. I was received well and then it was from that point forward that I started growing my career. Here we are now and Return to Grace has allowed me to focus on a more theatrical side of things. It’s almost like I’m more of a tribute actor than a tribute artist. It’s a constant evolution. It’s such a part of me.

Why do you think audiences still connect strongly with an Elvis-like icon so long after his passing? Why does it still resonate?

When it’s good, it sticks. People often ask me, what music nowadays is still going to be around in fifty years? I often wonder, are you going to see tributes to the music starts of today? I’m not sure. It’s just really good music and it was the beginning of it. With Elvis, he had such an array of music, movie and television in his catalogue. I think there was some pretty amazing marketing involved as well. He has transcended generations. In the last fifteen years, it’s become cool to like Elvis again. 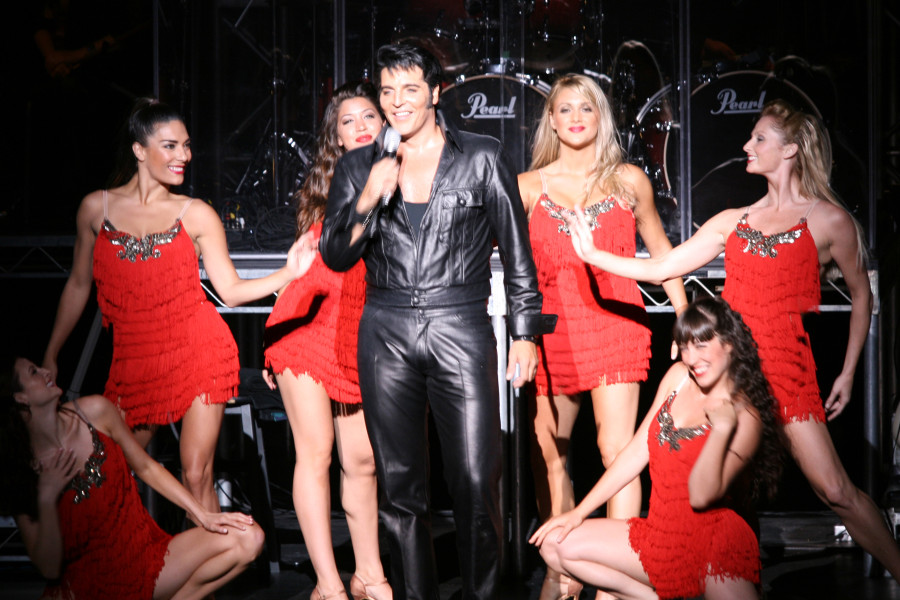 What’s your favourite song to perform from Return to Grace?

It changes because I love them all. How cliche is that? It’s really dependant on the audience. For example, we’d do “Cryin’ in the Chapel” in the gospel set and that would get a huge, raving response. It almost catches you off guard. You expect everyone to be waiting for songs like “Burnin’ Love” and “Suspicious Minds” and then you get an entirely different reaction than you got the night before so the crowd really dictate the greatest song of the individual night. Once you get a twenty six piece band behind you with vocalists and instruments firing behind you, it’s captivating, the music that comes at you.

Why do you think the name Return to Grace was chosen as the title of the show?

It’s taking the audience back to a time that was very much beloved by every Elvis fan. It is reliving the magic and everything that made Elvis so supreme, why he sat on the throne of Rock and Roll. You could say that’s almost grace-like. To put it all together, Return to Grace is just a return to the time where we loved Elvis the most and where he didn’t feel so far away. He never left us, he’s always with us.

The show itself evolves right from the beginning. As the show evolves, more and more musicians become a part of it. It’s almost like we’re peeling layers off of an onion, the more you peel, the more you get out of the show. It’s a really feel good show. 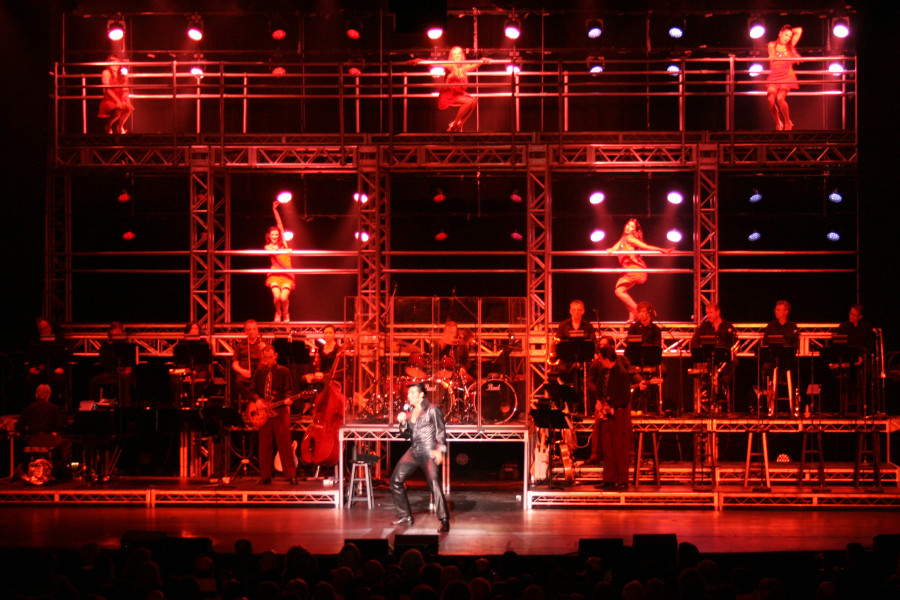 Return to Grace plays in Vancouver at the Queen Elizabeth Theatre, 650 Hamilton St from March 22 – 27. Tickets on sale now.