Vancouver Film School student Dio Ostuni’s concept art reimagines what it might look like if Frank Baum’s classic The Wizard of Oz were set in the Rain City instead of the Emerald City.

Ostuni is currently studying Concept Art at the Vancouver Film School, and a recent project had him re-imagining a classic story and creating a design pack including characters and locations.

“I’m always inspired by the environment where I live,” says Ostuni. “When I was living in Sao Paulo, Brazil – my hometown – I [was inspired] by its colours and architecture… Now, here in Vancouver isn’t so different, everyday… I take a lot of pictures… This city is just beautiful! Each corner you turn, or street you cross, you can see some very inspiring thing.”

Ostuni’s version of The Wizard of Oz in Vancouver envisions the Woodward’s Building as the Emerald City, and injects a bit of Vancouver’s diversity into the characters of Dorothy, Scarecrow, Tin Man, and the Cowardly Lion.

“There’s people all around the world here,” says Ostuni. “I tried to get this [diversity] as a base to create my characters and make a profile for each one, mixing the original characteristics from the story with some real people.”

For more of Ostuni’s work, visit him online. 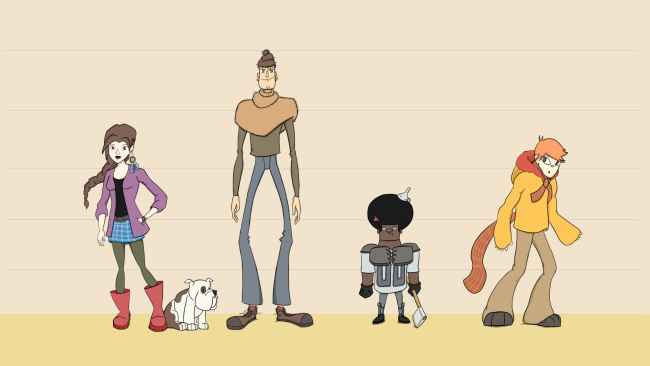 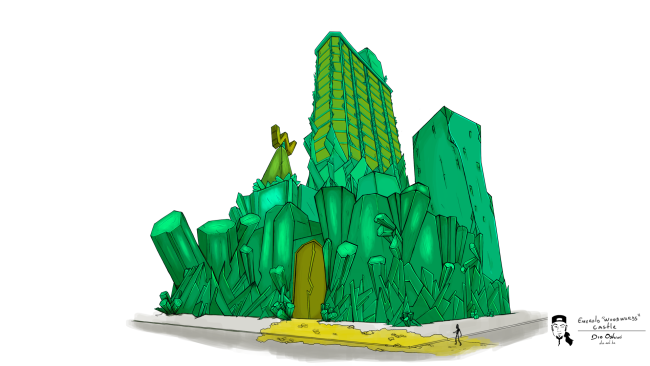 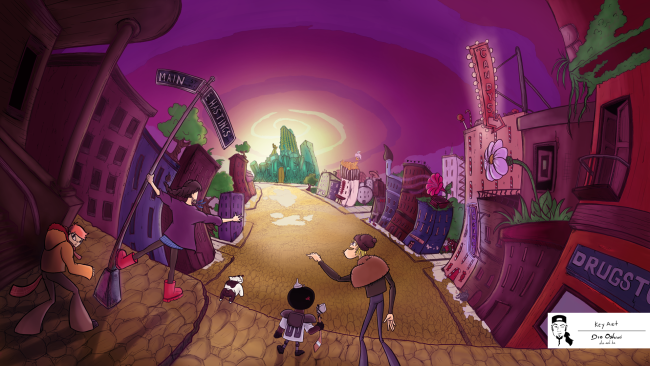 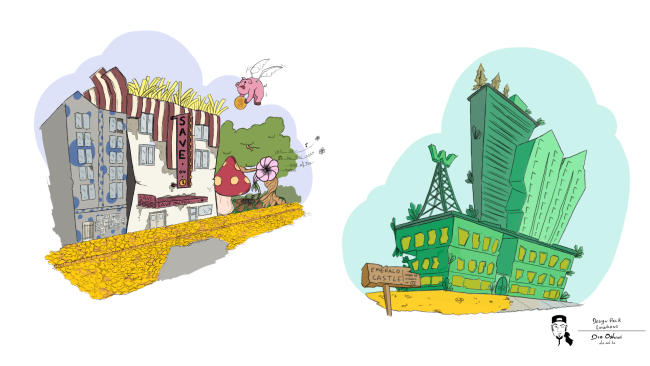