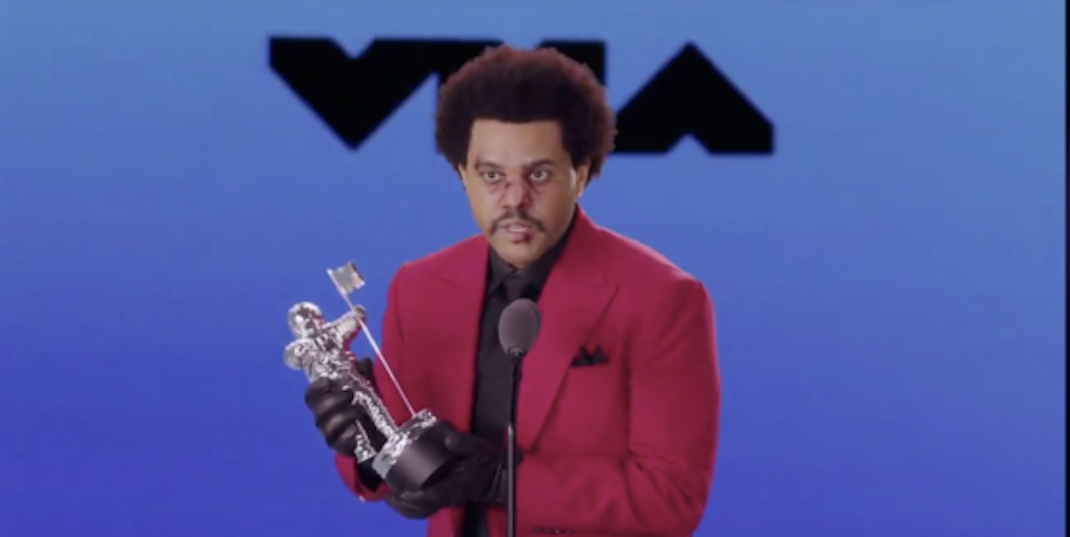 The Weeknd called for justice for police shooting victims Jacob Blake and Breonna Taylor during his VMA acceptance speech.

“Blinding Lights” also netted The Weeknd with the award for best R&B video but his speech instead focused on police brutality and its victims.

“It’s really hard for me to celebrate right now and enjoy this moment so I’m just going to say justice for Jacob Blake and just for Breonna Taylor,” said the artist in his short acceptance speech.

Before being given his awards, The Weeknd opened the pre-recorded VMAs with the song that ended up earning him the show’s top award.

The VMAs became the first major US awards show to take place during the COVID-19 pandemic. It was filmed without an audience and the performances were recorded in advance.