Our good friend Colin Easton is keeping busy meeting strangers with The Stranger Project 2014. We’ve been featuring a review of some of the people Easton is meeting every month. The Stranger Project 2014 has Easton going out onto the streets of Vancouver and meeting a stranger every day, connecting with that person to find out what their story is and then he writes about it.

If you haven’t been following along, click follow along on Facebook. You’ll be reading fascinating stories of the people that sit next to us on the bus, pass us by in a mall, or hang out in coffee shops.

“A very unexpected result of sharing the stories of the people I meet is the community of people that are following along,” said Easton. “There is so much connection happening amongst the people who follow the project daily. Words of encouragement, suggestions, questions and support. I’ve even set up coffee dates for two of the ‘strangers’ I’ve met! There’s a story in everything!”

We also wanted to share with you a really cool short video of Easton’s presentation at The Vogue Theatre back in March for  PechaKucha Vancouver:

Here are Easton’s five most popular stories from April: 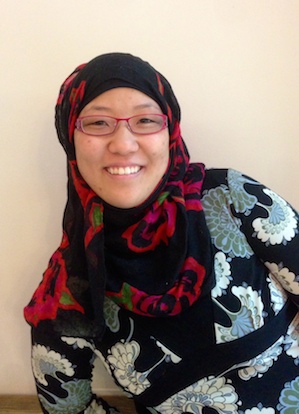 April 16, 2014 – Kelly was sitting alone when I approached her. She told me she was waiting to meet someone, but was happy to talk with me. I was unsure about having this conversation, because I didn’t want to cut the conversation short. But I knew I wanted to make this work! As I offered my hand to shake with Kelly, she smiled and said “I’m sorry, I don’t shake hands.” Thus began an open and interesting conversation. Kelly was upfront about being comfortable with me asking questions of her faith and beliefs. We had immediately established a mutual respect. She told me that as a Muslim woman, she doesn’t shake hands or make any physical contact with a man that she doesn’t know, or isn’t related to. 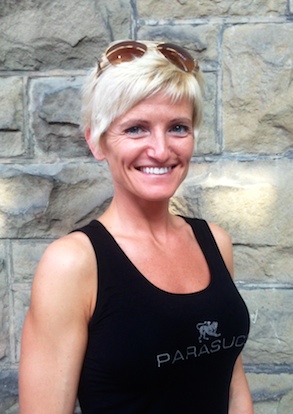 April 13, 2014 – Yelena was born and raised in Vladivostok, a peninsula on the far east coast of Russia. It’s located near the borders of North Korea and China. Her parents separated when Yelena was young and her mother remarried. Yelena has a half sister.

The Russian schooling system varies slightly from ours. Grades 1-3 are elementary school, Grades 4-8 are junior high, and the last two years are at a senior high school equivalency. The final year is also consider prep for college or university. At 14 years old, Yelena left home. “There were some differences of opinion, so I left. It was a struggle. I spent many times hungry. The college I went to paid some of my accommodation, although I did not live at school. My mother would give me 30 rubles, about $20CDN, the amount she received from my father for child support,” Yelena told me. “My mother owned her own business, making fur hats. I would make hats after school and sell one whenever I could to supplement my income.” Yelena made it through, completed school, and at 17 moved back home. “My mother had opened a store, with her hats, and I ran the store. I also got married and had my daughter, at 17. At that age, you think you know everything and that no one is smarter than you are,” Yelena says with a laugh and shrug of her shoulders. I had to agree. 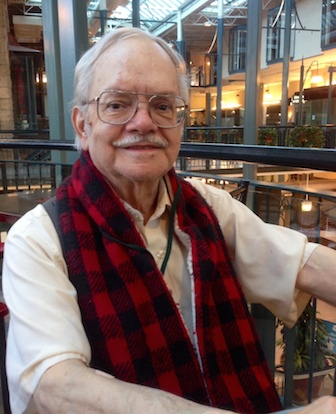 April 12, 2014 – I didn’t think I was going to get anything from Ghislain. He told me up front “I’m not going to tell you my name. And we’ll see whether you’ll take my picture. No, you don’t need my picture. What good does my photograph do you?” But each time I tried to leave the conversation, he asked me more. Finally, he said to me, “You know what. I like this thing that you are doing. Sit down, let’s talk. I want to know what you want to know.”

Ghislain was born in Quebec, the seventh of eight children. “Four boys and four girls. I have always felt blessed to be seventh. It’s such a good number, for prosperity and luck. If I had not been born seventh, I think I would have just asked my family to pretend I was. But of course, you can not change the order of these things,” he said. When Ghislain was just five years old, his mother died from cancer. “I remember the last time I saw her face. As clear as I look at you today. She died a few days after that.” All eight children went into an orphanage. “The girls went to one section, and the boys to another. My father would come to visit us, but it wasn’t the same. The nuns were strict. He would bring gifts, but they wouldn’t let us keep many of these things.” Ghislain told me that on special occasions all the children in the orphanage would go for walks. “There were about sixty children there. It was a chance for us to be together again, as a family. There was a man that I remember from the Knights of Columbus. He was a person that made our time at the orphanage better. The Knights of Columbus would collect monies and toys for all the children. They made sure we had something at Christmas time, and on special occasions. He was a generous man.” Ghislain stopped for a moment. I could see he was reliving some memory from back in his childhood. His eyes filled with tears and his voice quavered as he told me, “I think of my poor Father. Losing my mother and then losing his eight children. It must have been extremely difficult for him. I am grateful everyday for everything our parents did for us.” The Government of Quebec would later pay the siblings a lump sum of money by way of apology for separating the family. “It was just money to make us be quiet. Nothing can change about what happened,” he says. 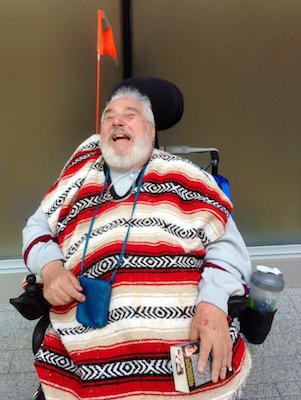 April 09, 2014 – James was born and raised in Canmore, Alberta. “I went to elementary school and lived in Canmore until high school. Then I moved and went to school in Rimbey, which is also in Alberta,” James said. When I asked why there was a move, James told me “It’s a long story.”

James was born with Spina Bifida, a developmental disorder of the spinalcord. Spina Bifida effects about 1 in 1000 births worldwide. He has used a wheelchair since he was five years old. After completing high school, James moved to Vancouver to study social work. “I spent four years at Langara College studying. I wanted to be a social worker. Langara wasn’t the most accessible environment for someone in a wheel chair. But in the time that I was there, they made great improvements.” James tells me that he helped establish increased accessibility on campus. After graduating from Langara, James worked as a Social worker for just over four years. 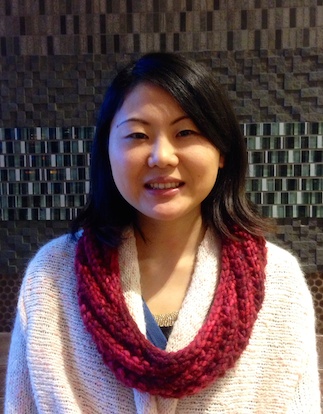 April 06, 2014. Hikaru was sitting alone eating when I approached her. She was happy to talk with me, and opened with “This is a very good time for you to be interviewing me. My life is at a transition point right now,” she said. Gold, I thought!

Hikaru was born in Yokohama, Japan. She is the third generation in her family to be born there. Hikaru has one sister who is two years older. She went to a private school, and Hikaru continued to attend school in Yokohama, travelling to and from there daily, even when the family moved. She was in her early teens when the family moved to the historic town of Kamakura, renowned for its ancient temples and the 13 metre tall Daibutsu (Great Buddha) statue which was sculpted some 762 years ago. (*Fact Check – see link below.) “I did fairly well at school,” Hikaru told me. ”I always had an interest in sciences, but in middle school, I was taught by a teacher that I liked very much. He seemed to really care about our learning and he taught math, and through him, I became very interested in math, and my grades improved because of him. I learned diligence from him, and I have always remembered that.”