“The feedback and response has been amazing,” said Colin Easton, who started this social experiment last January 1, 2014, with the intention of ending on the last day of 2014. “It’s grown to be a passion project, and I honestly can’t see myself stopping anytime soon.”

“December was one of the most powerful months in the project,” Easton said. “There was more media attention from Global Television, CTV BC News and CKNW Radio. Everyone wanted to know how the year had gone, and what I had planned next. December also saw two of the most ‘liked’ stories and another spike in the interest level. I’m working with a local film and television producer on ‘Not A Stranger’ – a documentary exploring my own personal experience during this year-long journey. We’ve got an Indiegogo campaign going now, to raise funds for post-production.”

As for what’s next? “I’ll be continuing to go out and connect with strangers, and sharing more stories of people that I meet,” he said. “It will have a bit more of my voice in it. I might take a day and share how a particular story or week has affected me. I hope to reconnect with some people that I met last year and share updates about their story. And, I might even take day or two off this year!”

It sounds like 2015 is going to be another stellar year for Easton!

Here are some of Easton’s most popular stories to finish 2014: 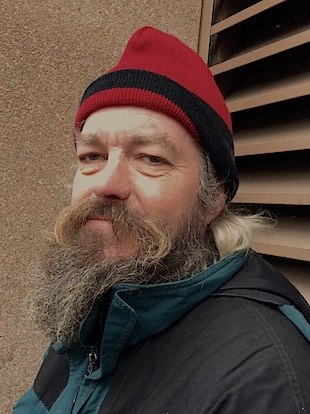 I’m very much a morning person. I love getting up really early and enjoying the prospect of the whole day stretched out in front of me. Today I was out the door early, packed in a few event’s, and was back home before noon.

I met with the film crew for the documentary ‘Not A Stranger,’ and we filmed a radio interview I did first thing this morning. After that, I went out and met a stranger for today’s story, which was also filmed.

I had walked downtown and home again as well. A productive morning like that makes coming home and napping all the more enjoyable. Even if the nap was involuntary and unintended. 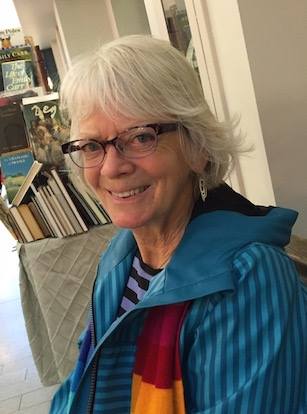 It’s been a long time since I walked out of my apartment building, and saw someone on my street, that I wanted to approach. Anne-Marie was standing at the corner, looking at her phone. I was drawn to her brightly coloured scarf and jacket. She stepped off the curb just as I approached her, so then I became this fool walking back and forth across the intersection. I told her what I was doing, and asked if she would chat with me, as she walked down the street. I suggested we could sit at a nearby bus-stop to stay out of the drizzle. “Sure, I’m just heading down here to the mall to grab some wrapping paper,” she said. I asked if I could walk to the mall with her, and Anne-Marie seemed fine with that. I mentioned that her scarf and jacket had caught my attention. She smiled, telling me she’s an artist and likes colour.

“I was born in Smithers (British Columbia). My father was a prospector. He worked panning for gold, and in the mines. We moved all over in those parts, and lived all up and down the Skeena River. My mother was an artist and teacher,” she said. Anne-Marie is the third of seven children, all born within a thirteen year period. “We’ve always loved one another and got along extremely well. We were our own community,” she said. 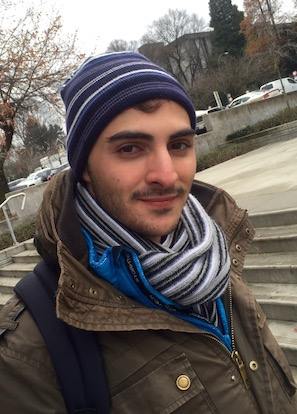 The first person I approached was standing on a street corner selling the ‘Hope in the Shadows’ calendars. The calendars are a product of a photo competition. Single-use film cameras are distributed to people in the Downtown Eastside neighbourhood of Vancouver. They’re asked to take photographs of the things that are important to them. The calendar’s images come from a selection of the images captured. The calendars are then sold by low-income and under-employed persons who get to keep half of the proceeds from their individual sales revenue. I asked him if he would consider chatting with me. He said my project was of interest to him, but that he was there to make money. He was actively engaging with passersby. “Maybe you’ll catch me sometime when I’m not working,” he said. ”I have some great stories for you.”

Francesco was standing alone outside a transit station. He appeared to be waiting for someone. I explained to him what I am doing. He listened to what I said, and then told me, in a very thick Italian accent, that his English was not so good. I said I thought his English was fine, and that if he was willing, I’d like to see if we could chat. He flashed a warm smile, and agreed to give it a try.