A Vancouver man started what was intended to be a small project for his own pleasure, thinking that he’d share it with his friends on Facebook.

Thirty-one days into The Stranger Project 2014, Colin Easton is approaching 1900 followers from across North America, with a dedicated Facebook page, as well as Twitter, Instagram and Tumblr accounts.

“The response really has been incredible, and very surprising. I wanted to do a project to get out and connect with people, and I was simply going to post it on my own Facebook wall, to share with my friends if they were interested,” said Easton.

“It really has gotten much bigger than I could ever have expected! On Day 10, my good friend Jacob sent me a message, and suggested I start a Facebook page so that people outside my network of friends could follow along. I really didn’t think there would be that many, but thought why not.”

Every day this year, Easton will be going out onto the streets of Metro Vancouver, and meeting a stranger. After talking with that person about their story, and taking their picture, Easton then posts the story on The Stranger Project 2014 Facebook page.

“Some days it takes approaching a few people to find someone that will talk with me. The most so far, would be seven. I’ve had some people willing to talk with me, but not wanting their picture taken. If that’s the case, I thank them for their time, but I need to find someone willing to let me take their picture as well. I have a few self-imposed rules for this. It has to be a complete stranger, I won’t use their full name, I always try to approach from in front of that person, no sneaking up and frightening them, and I only look for people to talk to on busy streets, ideally before dark. It’s seemingly weird enough to have a stranger approaching someone to ask questions, without freaking them out,” he said. “Once people realize I’m not a threat, people really seem to be happy to chat with me.”

Easton says he is amazed at the responses and messages he’s received from people about his daily posts. “I get messages daily from people I don’t even know, telling me that The Stranger Project 2014 is one of their go-to pages. Or that they’ve been inspired to talk to someone on the bus, and ended up really enjoying that conversation. It seems that people do want to connect with others. We’ve just become a bit protective, and shy away from opening up about anything more than the weather.”

Another surprise for Easton is just how many people interact with the stories of the people he posts. “Graham from Day 19 had over 225 people like his story, and 30 comments were left, as well as almost 9000 people viewing his story. Tom’s story from Day 10, was seen by about 6,000 people and really showed me that everyone has a great story to tell. Tom donated $17,000 of his own money to buy a bladder scanner for VGH, after undergoing treatment for a brain tumour. He wanted help the staff that had done such an amazing job taking care of him. And Clay, from Day 23 generated a lot of buzz and conversation. I found out why he picks up other people’s garbage from the sidewalk, and his story resonated with a lot of people. Comments left about Clay’s story were from people thanking him, or saying that they too would be doing their bit to help keep our streets cleaner. His story was shared by other people on Facebook, almost 50 times!”

“It really is heart-warming, and I can’t help but smile more when I walk down the street, and I’m definitely more open to others. If you want people to talk and be more friendly, you have to be willing to be open and approachable as well. It really only take one person to start a conversation. Talking about more than the weather or the transit wait-times seems to be much easier than I had ever thought.”

Colin Easton will be a guest on the CKNW Weekend Morning News this Sunday February 2, from 8:30 to 9 a.m. at AM980 radio.

At the end of every month we’ll be featuring an update on The Stranger Project 2014, highlighting some of the stories of the people in our community, that Easton shares over the course of this year.

Here are three of the 31 strangers Easton has met this month: 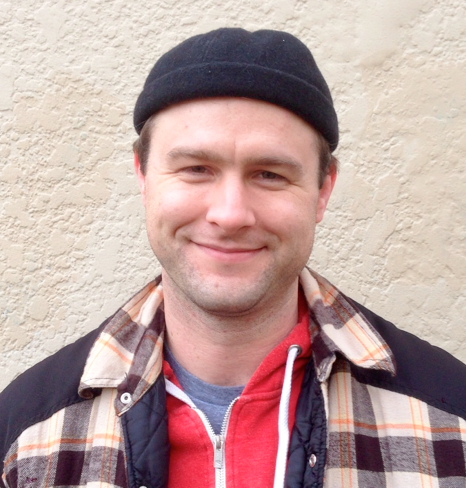 Graham was out on the early Sunday morning coffee and juice run. I asked if I walked with him, (to avoid his drinks getting cold) would he be willing to chat with me. Without hesitation he said “Sure, but just so you know, I live right there across the street – it will be a short walk.”

…As we stand outside his house, I asked if he has any children, and his face lights up as he looks toward the living room window, and I turn around to see Graham’s wife and their three-year-old twins, smiling and watching, no doubt wondering who Daddy was talking to. I can see in his eyes that they are the joy of his life, and say so. Graham looks a bit more serious and says “yeah, they certainly are, and it’s getting better – twins as toddlers is a lot of work. The first two years were hard, it’s a lot of work. But it’s really great now, so much fun.” The twins were born two and a half months premature, weighing just 3lbs each. “The staff at BC Women’s and Children’s Hospital were amazing. The work they do each and every day is incredible, just amazing.” After I take Graham’s picture, and thank him for his time, hoping his drinks aren’t too cold, Graham says to me “If you ever want to drop in and listen to some music, don’t hesitate to knock.” #notastranger 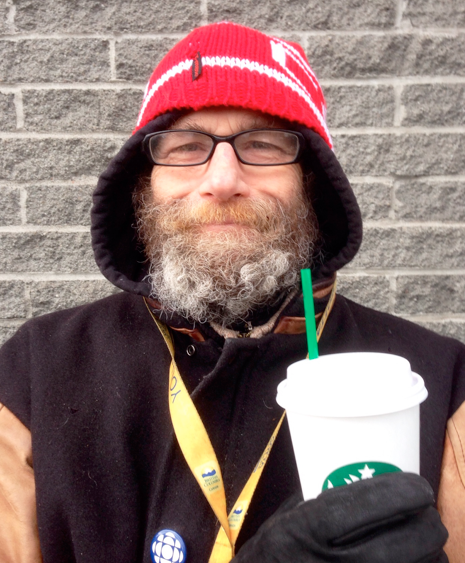 Interesting to note that while Tom was the third person I approached the first two people both said they’d talk to me, and I did spend some time with a lovely elderly lady named Ilana, but neither of them wanted their picture taken. Tom was a great story-teller, with a great story!

Tom was born and raised in Vancouver. Moved to Powell River to work in a mill, and did so for 38 years, before taking early retirement. He was proud that he had bought his waterfront home in Powell River for $50k. Soon after retirement, Tom was diagnosed with a cancerous brain tumour and spent months in VGH for surgeries, chemotherapy and radiation treatments. He was so touched with the care and support he received from nurses, he made a generous purchase for VGH (“Google me, you’ll see” FACT CHECK). 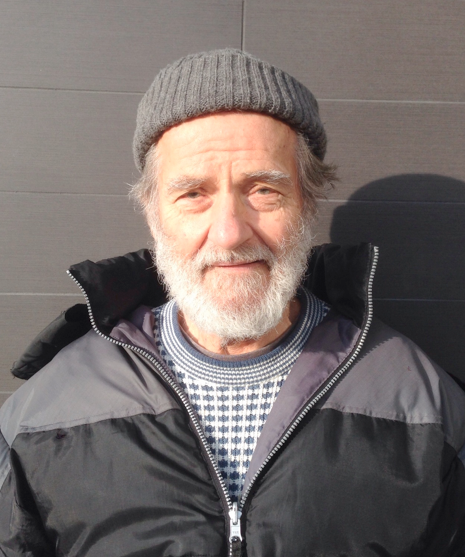 I saw Clay picking up bits of litter off the sidewalk. I watched him carry the litter in his hands, until he found a garbage can on the street. I asked why he picked up other people’s litter. “I have a story for you,” he said. “I read an article in the New York Times book review. This was some years ago, and it had a picture of a dead bird that had consumed so much plastic, that when it’s carcass decomposed, the stomach cavity was filled with plastic. Completely full.” (this image may be disturbing – FACT CHECK).

“A few weeks later, I watched a young fellow walk right past a garbage can, and when he got about four feet past it, he took the lid off his cup and dropped it on the sidewalk. Those lids are one of the worst pollutants. The plastic becomes rigid and breaks into tiny pieces and then can’t be cleaned up, and gets eaten by birds and fish. I did my best to berate him, but it didn’t seem to make any difference,“ he says with a sheepish grin. “Then I decided, instead of being a grumpy old man berating people in the streets, I’d pick the garbage up myself. So that’s what I do.”