In the 100 years since The St. Regis Hotel first opened its doors on March 15th, 1913, Vancouver has grown from a rough and tumble port into one of the world’s most iconic cities. The St. Regis has grown up with the city and was recently been named one of Canada’s Top 30 Hotels in the Condé Nast Traveler Readers’ Choice Awards.
To celebrate its imminent 100th Birthday, The St. Regis Hotel, located at 602 Dunsmuir Street in downtown Vancouver, will be offering a total of 1000 room nights from December 2012 to April 2013 at just $100 per night (plus applicable taxes). Prepaid vouchers for this special offer went on sale on December 1st through www.stregishotel.com and can be redeemed for any night up until April 30th, 2013. Simply call or email The St. Regis Hotel to make the reservation. Vouchers can also be redeemed for nights in The St. Regis suites at a great rate of $200 (2 vouchers) per night (subject to availability, non-refundable, offer not available Dec 31, Jan 30-Feb 9, Apr 3-5).

“We’re excited to announce this Centennial promotion,” said St. Regis Hotel general manager Jeremy Roncoroni. “The voucher format and fantastic rate makes it a convenient way to guarantee an unbeatable rate for future trips to Vancouver, not to mention a great gift for travellers as they can be used as $100 credits against future stays if they’re not redeemed by April 30th.”

The St. Regis Hotel will donate $5 from every voucher to charitable organizations in downtown Vancouver. “As an independent, Vancouver-owned hotel, we wanted to use this Anniversary to do something which would give back to the city that has supported us. In that spirit, we decided to forgo the party and donate the money we would have spent supporting local groups working with the homeless and underprivileged in the Vancouver.” 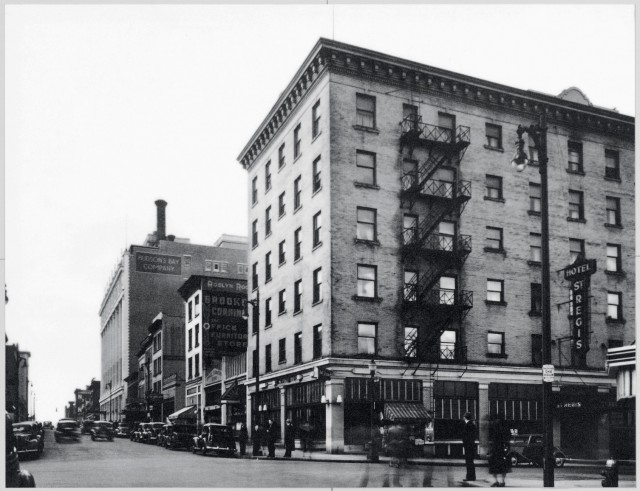 For more information on the St. Regis Hotel, visit www.stregishotel.com