In 1964, the British invaded American airwaves. Hollywood’s Sunset Strip was getting lit up by garage bands that were both inspired by the Beatles, the Rolling Stones, and the Yardbirds; and that wanted to be part of the blues-infused, libido-charged world of rock and roll.

The Sloths were one of those bands. Formed in 1964 and comprised of five teenage boys (some students of Beverly Hills High, others drop-outs), the group played virtually every venue on the Strip, opening for legends like the Doors, the Animals, and Pink Floyd with sets that mostly included covers like Them’s “Gloria” and the Kinks’ “Tired of Waiting For You.” They never made an album, but they did have two original songs: “You Mean Everything To Me” and “Makin’ Love” — the latter of which was banned from local radio after being deemed too crude.

But the dream, it seemed, was short-lived. In 1966, the Sloths went their separate ways. Some members continued to work in music — guitarist Michael Rummans went on to play in bands like the Yellow Payges, the Hollywood Stars, Salt & Pepper (with Rick James), and the Kingbees. Others took a different route — lead singer Tommy McLoughlin traveled to Paris to study pantomime under Marcel Marceau and then worked with horror films, writing/directing 1986’s Friday The 13th Part VI: Jason Lives.

Over the years, those few existing Sloths 45s slowly began to collect dust in attics and basements. Then in 1984, unbeknownst to the band, Tim Warren (founder of Crypt Records) included “Makin’ Love” on the fourth volume of his garage-rock compilation, Back From The Grave. By 2011, the Sloths’ rare single was a collector’s item, selling for over $6,000.

Curious about who the Sloths were and what became of them, Mike Stax, editor of the magazine Ugly Things, attempted to track them down for an article. He found guitarist Jeff Briskin (now a practicing attorney), who hired a private detective to help find his former bandmates. Though it was sadly discovered that original lead singer Hank Daniels and drummer Sam Kamrass had passed away, Rummans and McLoughlin were alive and well. The guys decided to get together to play for old times sake, and, lo and behold, the spark reignited. There was only one thing to do — after almost 45 years, the Sloths got back together.

Stax soon put the newly reunited band on the same bill as his own group, the Loons, at a gig in San Diego. It would be the Sloths’ first show in nearly half a century.

“We thought we were going to be booed offstage or have fruit thrown at us,” McLoughlin laughs. “But we went for it and, to our shock, it really connected.”

Rummans continues, “As far as how it felt on an emotional level, it’s the strangest thing. I’m kind of used to it now, but at first, when I was up there on stage and we were playing some of the old songs we used to play decades ago, I could close my eyes and almost feel like I was on stage in one of those clubs on the Sunset Strip.” 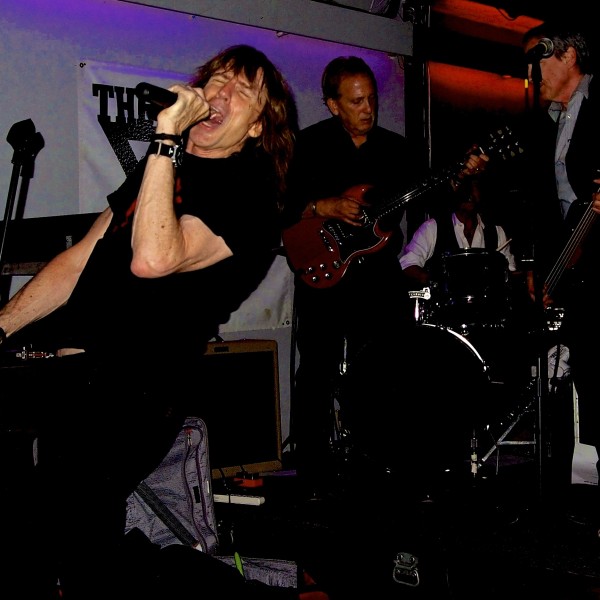 The Sloths have now performed over 70 shows together including SXSW, the Ponderosa Stomp, and the Purple Weekend in Spain. And though Ruskin returned full-time to his law practice in 2013, the Sloths’ dream was finally realized in 2014 when they recorded an album.

Appropriately titled Back From The Grave, the album’s fuzzy rhythm and blues perfectly captures the spirit of 1960’s garage rock. Except for an obligatory cover (Jerry McCain’s “A Cutie Named Judy”) and a track originally penned for Joey Ramone (“Never Enough Girls”), Rummans and McLoughlin co-wrote the record’s entirety, making a conscious effort to have the songs bridge their past with their present.

“I wanted them to feel like what we felt like then about life and then see how much is still the same sort of feelings that we have now,” McLoughlin explains. “The songs came out like, ‘I want a new life,’ which is sort of that teen angst of living at home, or taking jobs and things that you don’t want to do, and it also fits right into when you’re older in life. It’s like, ‘geez, is that all it is? I want a new life.’ And then, ‘Before I Die’ is our response to what was the kind of mantra of the ’60s from the Who, ‘I hope I die before I get old.’ We decided, okay, here are all the things we want to do before we get old, because we made it this far. That fits exactly where we’re at now. Each song tends to have that crossover thing that works for a younger audience’s mentality about life and also for us, who have gone through life.”

The universal truths present in Back From The Grave’s subject matter contribute to it’s relevance, but there’s also something about it that makes it sound fresh and not dated. That key, Rummans insists, is staying true to yourself. There is a huge difference between becoming creatively stagnant and just doing what you do best. To be good at what you do, indeed there must be room for creative growth, but fickle trends should not dictate it. 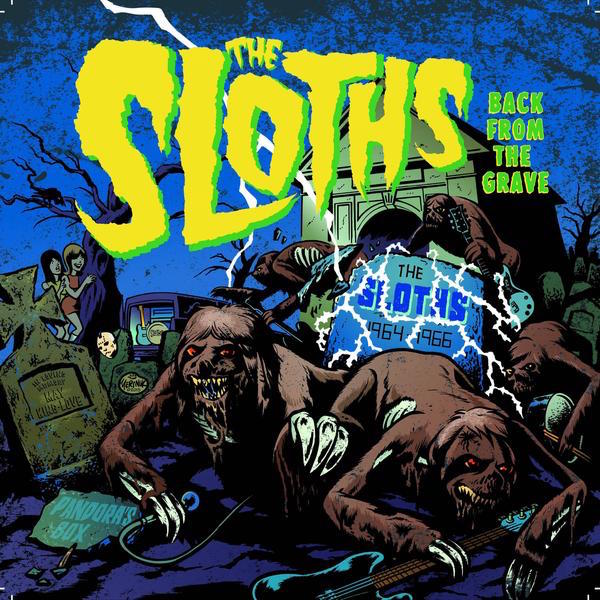 “There’s the image and all that, and then there’s the art behind it,” Rummans says. “And if the art is there, art is timeless. But if it’s all imagery, if it’s only based on that, then you’re only limited to that moment.”

He expands: “I think it was the Rolling Stones that really kind of paved the way, especially Keith Richards. I remember the magazine articles when they were in their late 40s: ‘Rolling Stones turning 50! Are they still relevant?’ Here they are 20 years later and the answer is yes. The reason, I think, is that his [Richards’] role models were all those old blues guys and they basically were playing until they dropped. I know that’s what Tom and I both have in mind. Play until you drop, you know?”

If there’s any wisdom that we can take from the Sloths, it’s that dreams can and do come true. That despite whatever path life may lead you, it’s never too late to achieve something that you’ve always wanted to. It’s a notion McLoughin feels very strongly about.

“The chance to get up in front of an audience and do what has been your passion for over 50 years and fulfil it, in kind of a much more extreme way than you ever would have back then, has been nothing short of the most incredible ride of our lives,” he says, adding that the importance of believing in and chasing after dreams is, ultimately, the message he wants younger generations to receive. 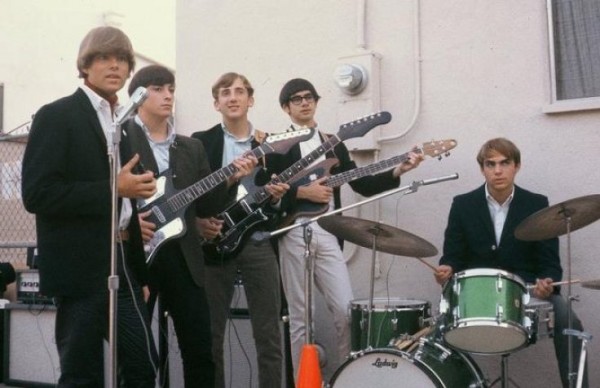 “We all take side trips through our lives,” he continues. “But if there’s that thing that sticks in your head, ‘you know, I’ve always wanted to do this,’ and if you don’t give that up, somehow, eventually, I’ve learned certainly in my life, that those things, those opportunities come back around again. And you have to be willing to say, ‘okay, if it took this long, this is what’s meant to happen and I’m going to do it now.’ And it’s just as wonderful, if not more so, because you really paid the dues, you really waited the time, had the patience to say it’s worth waiting for. Sort of like the perfect love or finding your soul mate — you think it’s never going to happen and then it suddenly shows up in your life and you can’t believe the dream is actually coming true.”

The Sloths perform at the Cobalt in Vancouver on November 5.