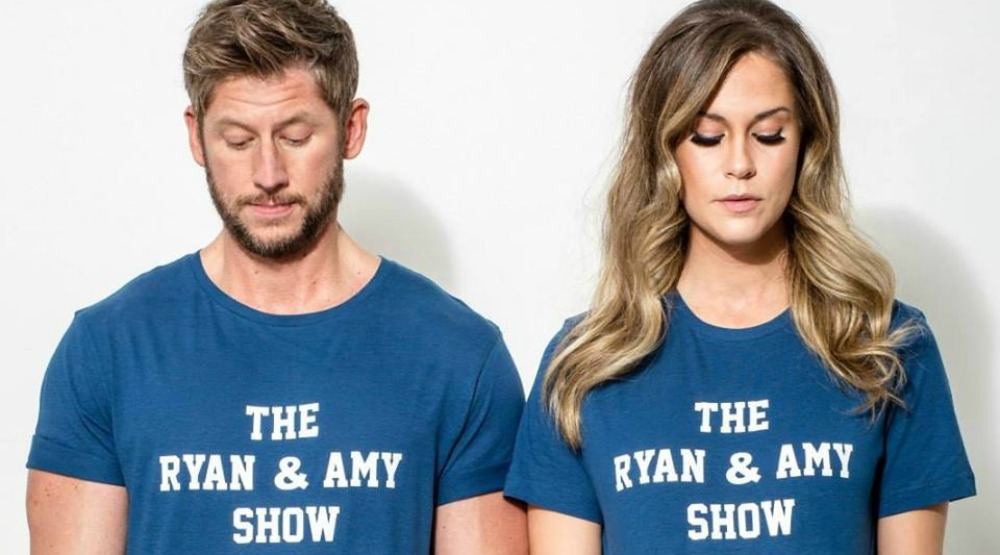 Most Vancouverites know this hilarious double duo from Vancouver’s comedy scene, and most notably, their YouTube series that promises to make you laugh – even if you don’t want to.

Ryan Steele and Amy Goodmurphy star in their own self-produced series called The Ryan and Amy Show. Their acts force people outside of their comfort zones in an effort to produce belly laughter that can be painful at times.

Steele is a Vancouver comedian originally from Langley and has been doing comedy for almost 10 years. When asked about his hobbies he says that he enjoys working out, alcohol, and playing with people’s emotions.

Goodmurphy is a Vancouver comedian and actress, hailing from North Vancouver. She’s performed comedy for more than nine years and enjoys bread, The Bachelorette, and sleeping.

Daily Hive decided to sit down with Ryan and Amy to unlock their secret of making Vancouverites laugh.

How did you get started?

Amy: We met nine years ago at a bar Ryan was working at and we clicked immediately. You could say that our first encounter flowed like when Britney Spears had that anaconda snake around her neck in the Slave For You music video. Hot, sensual…ew sorry, only joking. Ryan had just started a monthly sketch comedy show so I decided to come check it out. The next month I did a bit in the show and eventually it morphed into The Ryan and Amy Show. Here we are all these years later.

What kind of videos do you do?

Ryan: Plain and simple we make comedy videos. But we have a large variety of types and themes. Our videos range from relatable scenarios, impressions, music videos, commercial parodies, movie and TV dubbed scenes, and so much more.

Which one is your favourite and why?

Ryan­: Smoker Girl. It’s my favourite because I have never laughed more while filming something. And people still quote the video to me all the time.

Amy:­ YOLOT. It’s my favourite video because it’s so stupid, haha. I mean stupid in the best way though. It’s light and funny and I love to play our Moms Over Miami characters.

What sort of reactions do you get?

Amy: We’re lucky to almost always receive favourable reactions, however, internet trolls are alive and well, so once and awhile one will come out from under their rock and we chain each other down in order to not respond to them.

Where do you get your ideas for comedy?

Ryan: Our ideas mostly come from our daily lives. Things that happen to us. Things we see on TV. We have so many ideas. Just not enough time to film them all!

How do you come up with your ideas for shows and videos? What are you inspired by?

Amy: We are mostly inspired by friends and people we see in everyday life. Sometimes characters are just born out of nowhere too. It’s really fun. We both come from hilarious, unconventional families, so they provide A LOT of material for us.

Ryan: The comedy scene in Vancouver is amazing right now. We have been part of a show called ‘The Hero Show’ hosted by Cam Macleod for nine years now. It features the best of the sketch comedy scene in town. We are so lucky to be a part of it. We are always inspired by the performances we see. And we are all very friendly and supportive of each other which is great to see. We all want ourselves and each other to get to that next level. But if anyone gets further ahead than us, we may have to Tonya Harding them.

How do you keep a straight face?

Amy: We don’t always keep a straight face. We have many blooper videos online. We try to keep our breaking in live shows to a minimum but sometimes it’s so hard. When Ryan plays a woman, I can’t handle it for some reason, and whenever I improv in a scene I can usually make Ryan pee his pants.

What’s your message to Vancouver?

Ryan: Our message to Vancouver would be to go out and support your local comedy scene. We are very rich with hilarious people and they need all the laughs they can get. Oh and we highly recommend that you pour yourself a glass of box wine and spend a good evening at www.ryanandamyshow.com.

Amy: Doing comedy in Vancouver is amazing. Lots of cool venues and so many talented people. Vancouver is like an untapped resource as well though. As much as there are loyal fans and supporters, there are so many other Vancouverites that have no idea of the caliber performing in the city on a regular basis. We also travel to Toronto annually and continuously manage to pack a two night show. We perform on cruise lines and in LA. That being said, it’s good to get yourself out there into different cities so that people know that you exist on a larger scale.

Have you always wanted to be a comedian?

Ryan:­ I’ve always wanted to be a comedian since I was about nine or 10 years old. My parents would let me stay up on the weekend and watch Saturday Night Live. I was hooked right away. Other early inspirations were SCTV, Kids in the Hall, and In Living Color.

Amy: ­ I’ve always always wanted to make people laugh. One of my earliest memories is watching Pippi Longstocking and being mesmerized by her silliness and ability to make myself and my friends laugh. I wanted to be her so badly. I also grew up in a very funny family.