It’s hard to believe that when furniture designer Robert Propst invented the cubicle, he was trying to save offices from the very problem he created. His design of a three-walled workspace was hoping to inspire (of all things) flexibility. People were cursing their little cardboard boxes, but with the stress and competition that rose, so did productivity, which shot up like a stock exchange’s dream. So, it stuck around.

Cubicles caught on in the 60’s, where corporations held the working man by a leash and kept his dream position close enough to jump for every few years. This is the era of Google office spaces with on-location chefs and game rooms. The modern day nerd is different beast. 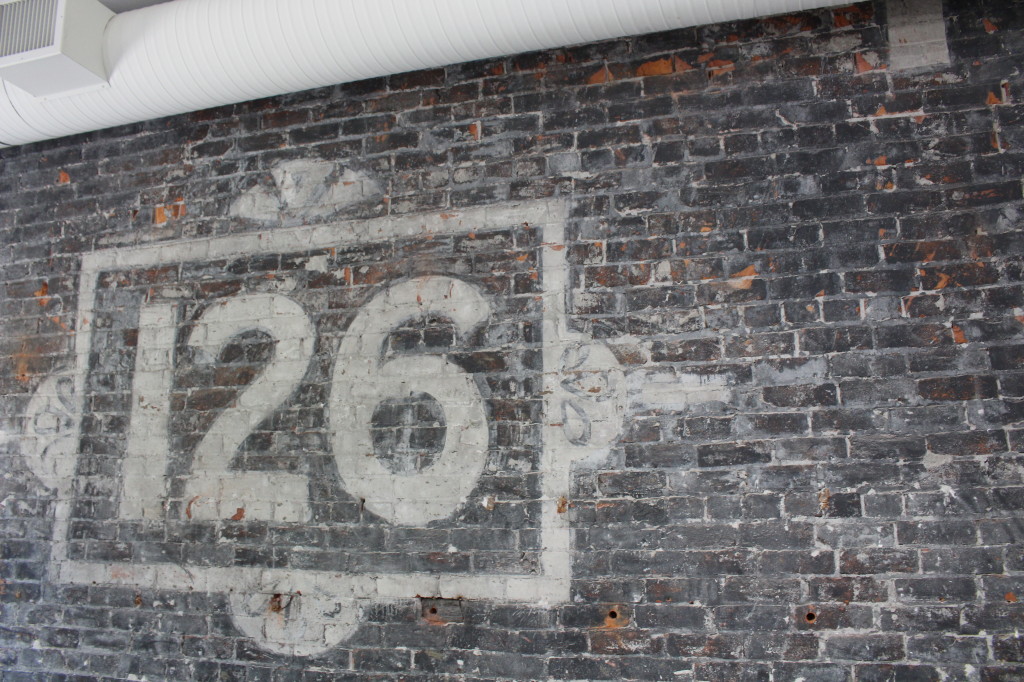 Half the students at Lighthouse Labs are dropping their titles as developers-in-training and trading it in for Jr. Developer in only a few weeks time. They’re getting their creativity going to make resumes that stand out for future bosses and bauses.

The transformations to becoming a nerd is a little scary at first but after many full moons it becomes a subconscious endeavour. Before you know it, you’re howling code in a new lingo. The most important thing I’ve picked up being at Lighthouse Labs as a developer-in-training is that it’s not just about finding solutions, creating prototypes and learning the advancements of Ruby, Javascript and HTML till your hands cramp up. It’s about being in an environment where you’ll be happy to do it.

When we came in our first week and we asked to build a Multiplayer Math Game by the end of the week, we went from saying ‘hi’s’ and introductions to being the most mentally stressed we’ve ever been around a room full of brand new strangers. “Foosball?” the dude in the beanie finally lets out after an hour or two. Three of us join him and by the end of the game, we are adrenaline filled, laughing and ready to get back to work. That’s what Lighthouse Labs teaches beyond code: company culture, de-stressing rituals and to expect a work environment with that kind of standard wherever we end up as devs. 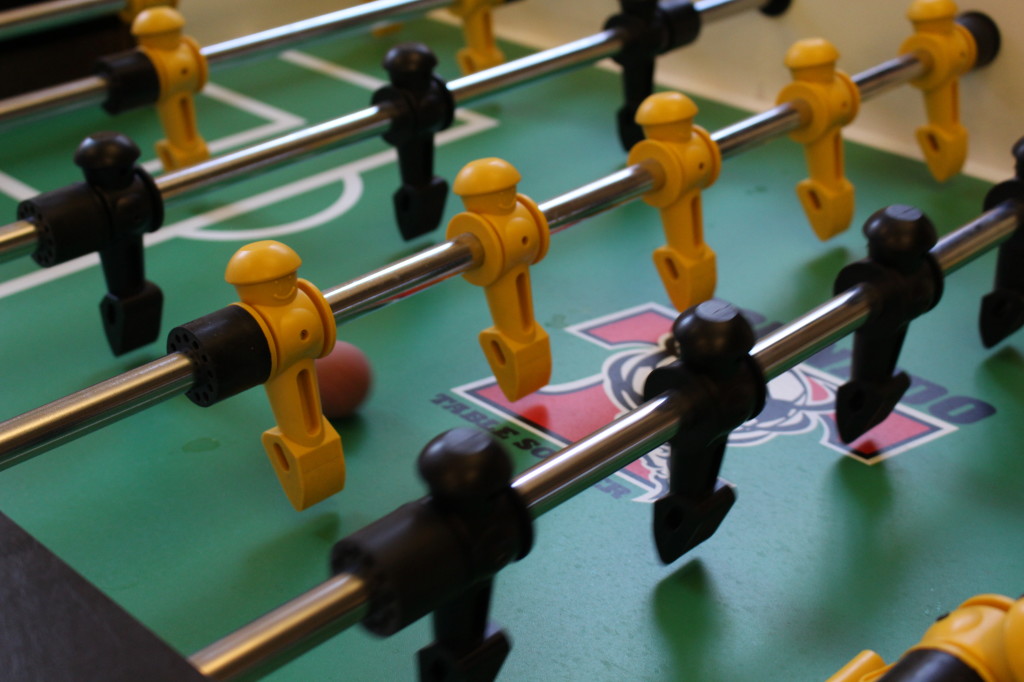 That’s why lunch is a huge part of the day here, it’s chance for recuperation and taking walks along the gorgeous streets of Gastown. But while the MMA fighter from Atlanta can take a walk to the sandwich shop across the street before his fingers accidentally break his keyboard, the bodybuilder chick isn’t sure she’s going to stray away from her daily diet. There’s the Launch Academy kitchen for that! Where food is Bobby Flay-ing and code is being debated about like it’s on trial.

That’s when afternoon yoga or weekday runs come in too. There’s always a chance for the group to connect outside of helping each other’s sanity level, from breathing deeper and getting your core work on, to shaking your asana. Let me tell you about our go-to bar. A sometimes mid-morning celebratory “hit me” and the Lighthouse Labs friendly neighbourhood bartender – the sacred beer fridge in the kitchen. The Launch Academy space come with $2.50 beer to be consumed at any appropriate time. Like the time the guys building a phone blocking app got their Twilio API integration to work at 10:25am. Beer o’clock! 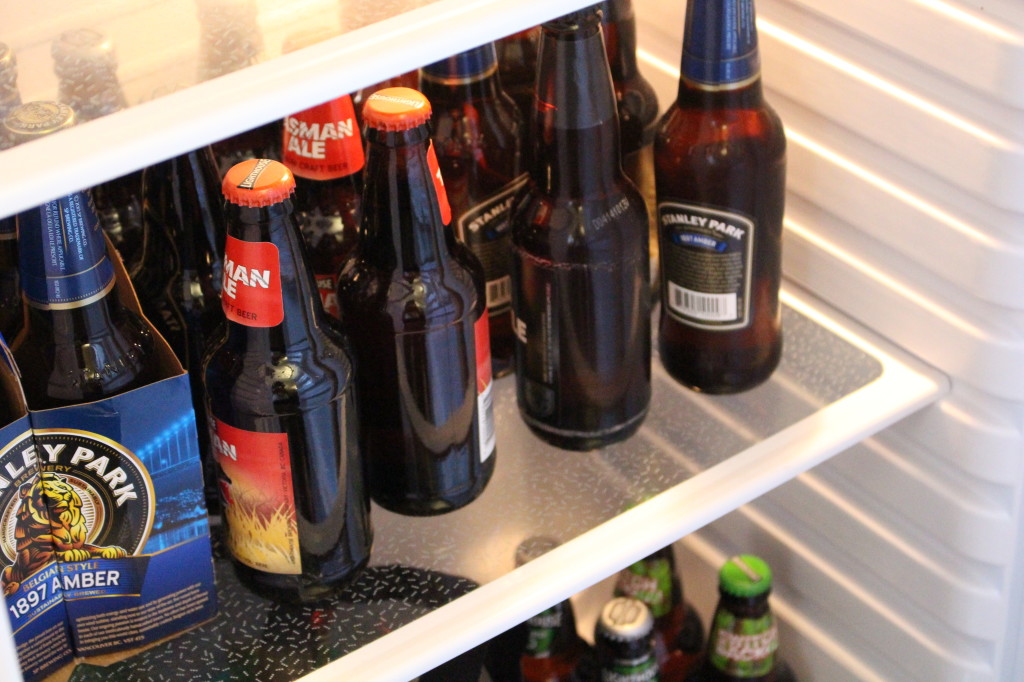 This is the modern day nerd in Vancouver, whizzing through the bike lane on their second-hand ride, like Marty McFly on a hoverboard. A Nike Fuelband sits at the wrist and eyes peer through glasses rimmed so bold you’d think they sharpied it in. They work at a start-up or have a side-project that’s gearing up to become one. The modern day nerd in Vancouver sits approximately 14 hours a weekday, typing solutions for features and functionality. Gone are the days of pizza and cola for dinner in mom’s basement. The modern day nerd in Vancouver has sushi rolls in a shared apartment triple the price it’s actually worth. They are longboarding in the summer, hitting the gym in the fall and exploring their Whistler backyard all year long. So how has the workspace related to this new breed of superhero?

Lighthouse Labs is a coding bootcamp, alright, but don’t expect to get in and have a “learn to Ruby and get a job” experience scolded into you. As the May cohort puts on their Jr. Developer badges on, some of the biggest questions on their minds are:

What is the company culture is around me?
What kind of lifestyle does this employer help me have?
Can I play as hard as I work here?
Can I get drunk with these peeps or what, yo?

The Ro Code’ is a Vancity Buzz exclusive blog delving into the course material, instructors and all round coding happenings at Lighthouse Labs. For more information on the next cohort, check out lighthouselabs.ca and get lost into a vortex of possibilities.