When I was in whatever grade it is that you get to dissect cow eye-balls, my Biology teacher walked in with a bucket of self-picked frogs from our school’s backyard for the day’s lesson.

It was a little international school off the island of Java, and we spent the first half of the hour working up the courage to kill the amphibians as they’d leap out of open windows. It was like the right of passage into understanding that depth in a subject is sometimes how deep you push your knife in. That’s what we’re going to do today: dissect the growing minds of the developer-in-training at Lighthouse Labs.

At the start of our third week I can feel our Ruby know-hows being set to hibernate and our brains making room for new lessons. Tabs are now being rocketed out and ‘What the hell is SQL (and how do I pronounce it?) ‘is filling in Google searches. I make our entry through the developer-in-training’s medulla oblongata. Our first slice is a delicate one. This is the part of the brain that puts the body state into a state of auto-drive.

For a regular Jack or Jill this is what makes heart-rates bu-bump at a regular 80/bpm and at 15 blinks per minute. Except the developer-in-training’s brain stem has superpowers that allow longer screen-gazing and a greater amount of oxytocin (those shifty chemicals that induces love and hate, sometimes all at the same time), depending on how well their code is going.

Take the dude in front of me (“If I wasn’t coding, I’d be back in Atlanta training for MMA finals,” he introduced). He spends the first half of the day writing exceptional code and the other burnt-out half staring at his screen trying to rock up more exceptional code. But who are we kidding, no amount of superpowers can stop burning-out to turn into self-destruct.

Lighthouse Labs’ TA’s and instructors know how to spot this like a rescue pilot 50,000 feet above ground. Non-amateurs know how to deal with it better. They turn their logic into a form of art. BAMF & Lighthouse Lab Instrutor, Murat Ayfer, can snap us out of our hypnosis-like states straight out of our internal messaging system: 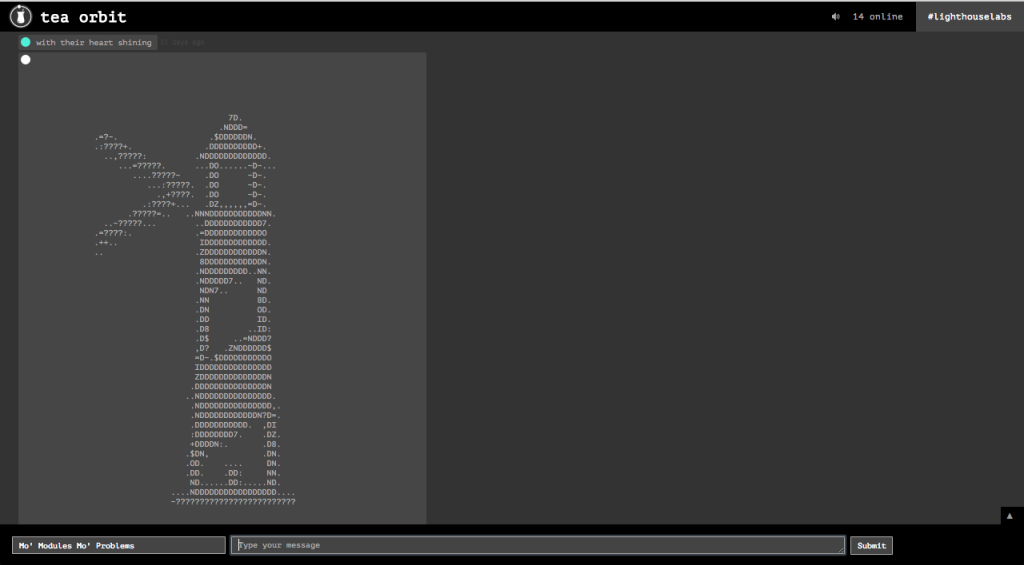 As we continue splicing through the brain of a developer-in-training, we find that the right and left hemispheres are already detached. You can probably tell by the range of conversation (usually still revolving around coding). This happens mostly for adaptation. Lighthouse Labs is trying to morph us into developers in eight weeks (they don’t call it a bootcamp for nothing). So when Lighthouse Labs’ Head Instructor, Khurram Virani, makes a joke (“A SQL query walks into a bar. He approaches two tables and asks, mind if I join you?”) and the class erupts in laughter… well, it’s too late to turn back now.

You’d have to take a look at the first test to understand this change in brain development: 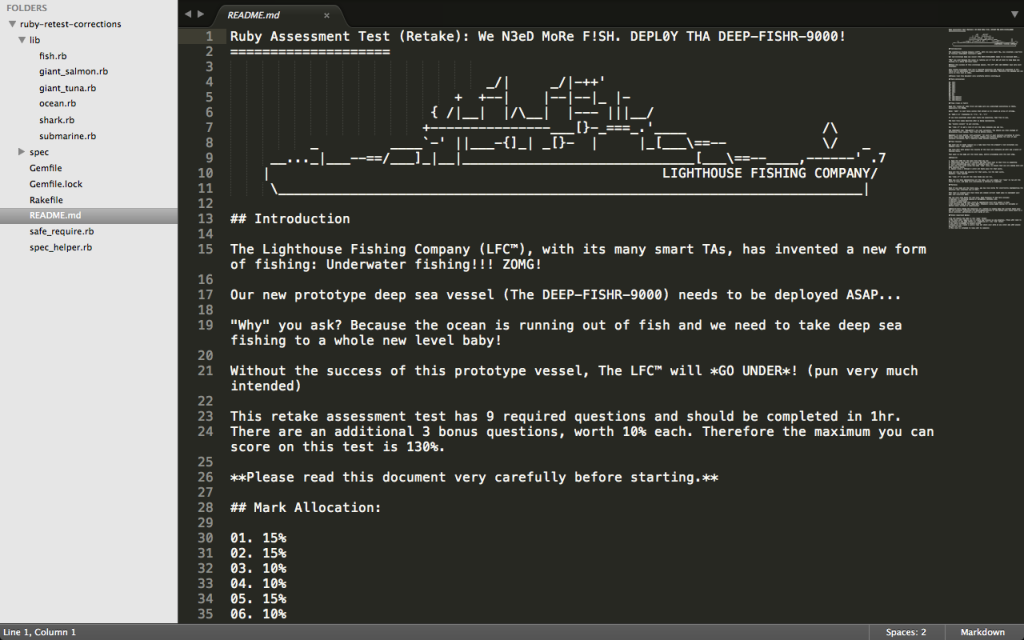 This little test had a kick-ass 86.7% average on a language we only started at two weeks ago. Going back to our dissection –  we enter the frontal cortex a.k.a. the logic sweatshop. It’s a little more enlarged than the regular humanoid, allowing a natural forward drop when working over a monitor.

It’s week three, we’ve just been hit with the basics of SQL. You can feel the shift. We’re turning into inventors, problem-solvers, creators – or at least thinking like one. In only a few more weeks, the training wheels come off and we’ll be mixing some mad potions of code and Dr. Frankenstein-ing our ideas for apps, sites and programs into real-life products.

Lighthouse Labs’ last cohort created everything from online based wedding invitation customizations to a soundcloud-based music platform for parties. It’s a free-for-all in the creative ring where the combined powers of Ruby on Rails, Heroku, Javascript and more come alive. See you in 8 weeks, where we Gyro Gearloose some inventions. Till then, bring on the SQL – and the side-effects of the changing neurons that come with it.