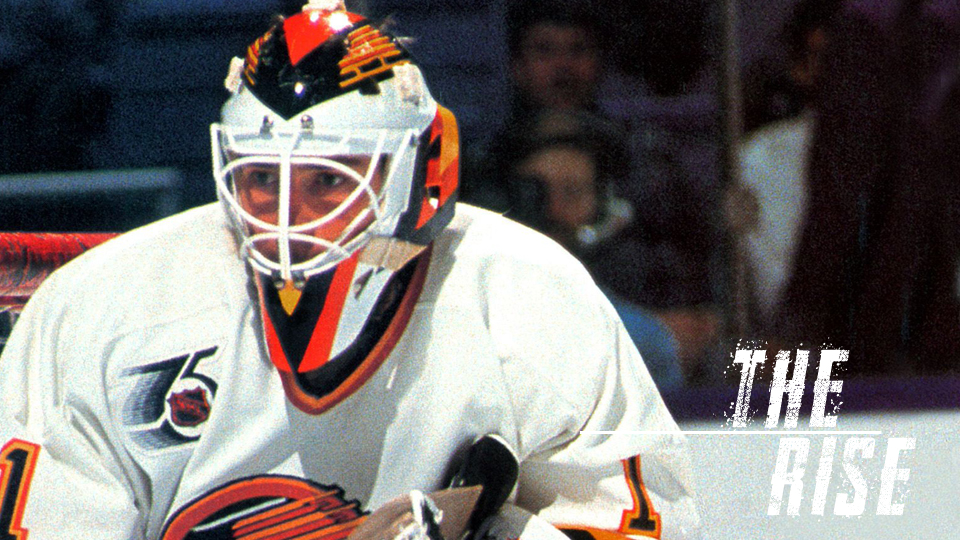 The Rise of Kirk McLean and the 1994 Vancouver Canucks is one that will be remembered for generations. It’s the run that put the team on the NHL map and cemented their status within league circles.

Before the run was even anywhere remotely close to a thought, though, Kirk was enduring two knee surgeries early on in his career with the New Jersey Devils. He was then dealt to Vancouver with eventual Western Conference Final hero Greg Adams.

Kirk went on two become a finalist for two Vezina trophies and a two-time All-Star before immortality struck. The 1993-94 regular season was almost a wash as the Canucks barely squeaked into the playoffs nursing a 3-4 record in April and a seventh-place seat in the Western Conference standings.

To make matters worse, they then fell behind 3-1 in their best-of-seven first-round series with the Calgary Flames. That’s when the story takes off and that’s when Kirk and his fellow Canucks truly began to fight. It was a fight that would last months and take them to Madison Square Garden for one of the best seven-game Stanley Cup Final series in history.

CONTEST ALERT: Be sure to subscribe on YouTube and Apple Podcasts for a chance at a signed Kirk McLean 8×10 photo!