Here’s the thing, I know it’s just a jersey. I know people will have varying opinions on whether or not it was a good jersey to begin with. I also know it’s kind of silly to get super excited over a hockey sweater. But damn it, I don’t care, because that 1994 jersey is AWESOME.

Many fans might be too young to remember seeing these jerseys live. To them, it is merely a footnote in the multi-coloured unicorn based history of the Vancouver Canucks colour schemes. To others, they will have great memories of watching a Vancouver team, for the first time in franchise history, become a strong team, one that was an actual threat in the playoffs.

Now I know, the 1994 love-fest in Vancouver has probably jumped the shark several times by now. There is something kind of odd about celebrating a team that didn’t even end up winning the Stanley Cup. But for whatever reason, that team connected with the city and its fans like no other before it. Whether it was the hard working, gritty narratives you could easily apply to the team, or the fact the city found its first true superstar in Pavel Bure, people just really loved the early 90s Canucks and hold fond memories of them to this day.

Admit it, when you think of the 1994 jersey you can immediately bring to mind such things as:

– Lumme skating the puck around on the power play for a minute, legs spread wide open, refusing to pass or shoot

– Gino Odjick, hearing his name chanted, going out on the next shift to beat the crap out of somebody who dared to hit Bure

– Pavel Bure attempting to insert his elbow into Shane Churla

– Kirk McLean making “The Save”

– Geoff Courtnall scoring on a howitzer over Vernon’s shoulder

– The Winnipeg Jets blowing a 3-1 series lead because Jets gonna Jets (Canucks out-scored the Jets 21-5 in the last three games of the series. Yes, 21 to 5.)

The point is, the early 90s was a time when Vancouver finally found out it was allowed to have nice things. Maybe not the nicest thing (RIP Stanley Cup dreams), but they could finally have a strong team, and all-star players. As a result, there are a ton of good memories associated with this jersey.

Which is why it’s so exciting to see it again. It’s like meeting up with your best friend who you haven’t seen in 15 years. You get to swap stories about “the good old days” and remember all the fun times you had, while conveniently forgetting about that time you dated that horrible person that almost ruined your life (Mark Messier).

It’s also great because it allows us to re-visit these hideous monsters: 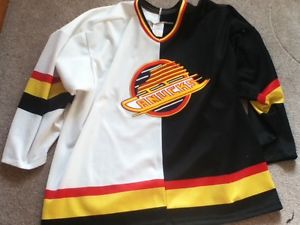 Why does this exist? It shouldn’t. A group of hard nosed Hobbits should have gone out on a quest to destroy it years ago, but due to the passage of time rule (all ugly things become cool after 10 years), I kind of want one now. 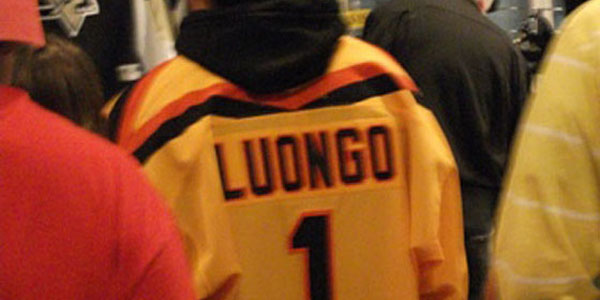 Think about it though, the Sedin Twins in the skate jersey? Why yes, thank you please. And let’s not kid ourselves, Bo Horvat skate jerseys are going to fly off the shelves.

And the best part? The 1994 jerseys are going to be worn against the Toronto Maple Leafs. Yes, we can all re-visit and celebrate that time we kicked the Leafs to the curb, and stomped out their Stanley Cup dreams. Remember Potvin slumping over like he had no reasons to live anymore after Greg Adams scored on him?

Watch that clip. Then watch it around a hundred more times. That is the kind of glorious feeling we are going to experience when we see those ’94 jerseys out on the ice again. 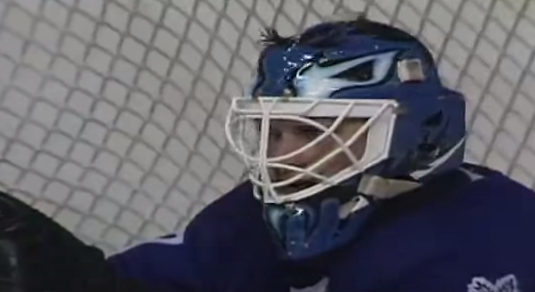 The day the happiness died

So yes, the 1994 jerseys, while simply jerseys, also represent great memories for many Canucks fans. Even younger fans who appreciate the history of the club will be excited to see them on the ice for the first time. In an off-season of changes and uncertainty, bringing back the 1994 jersey is one move you don’t need to question.