After successful Canadian tours in 2014 and 2015, South Korea’s independent Illionaire Records duo The Quiett and Dok2 are returning to Vancouver this spring.

The Illionaire Canada Tour 2017 will land in Vancouver on March 1, at the MOD Club, but tickets go on sale this Friday, January 20.

Dok2 started his career in the underground hip hop scene, dropping mixtapes and being featured on artist’s albums such as Epik High, Drunken Tiger and Supreme Team. He started releasing his own EP album in 2009.

The Quiett started his hip hop career in 2003 and has made a name for himself in the music industry. In 2010, The Quiett’s album sales for The Real Me skyrocketed and he became a popular indie hip hop artist. 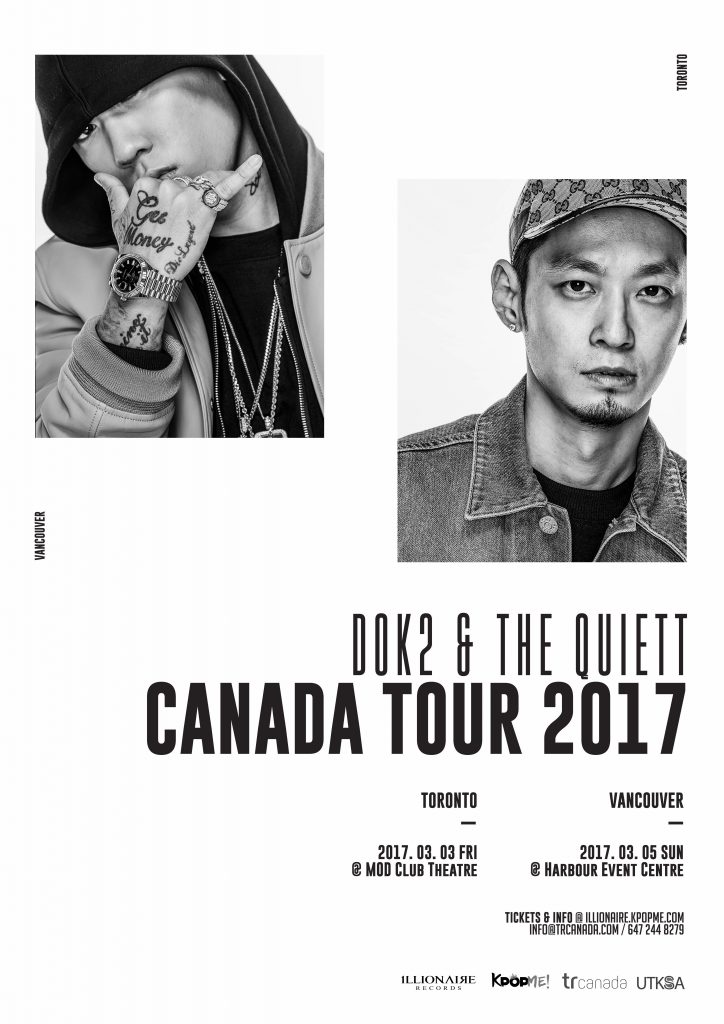