Upintheair Theatre’s newest production, The North Plan, takes place in a half-finished new building in Chinatown, right around the corner from a long line of $8 hair salons and Vietnamese sub staple Ba Le. On the other side of the street, an English-themed pub was getting ready for the afternoon. The setting of an unfinished basement within Vancouver’s hottest gentrifying neighbourhood perfectly meshed with the themes and eccentricities of the play.

The North Plan starts with a conspiracy theory and ends with its very antithesis: laughter. When you consider topics like freedom of information and national security threats, rarely does humour ever come into the conversation. To be honest, for the first half of the two-part play, I thought North Plan’s ideology would overcome entertainment value. After all, the fundamentals aren’t so hard to grasp, as it’s something that we’ve all heard repeated across popular literature and in the media: a big, bad quasi-government organization out to muzzle whistleblowers and subdue the population for nefarious means. 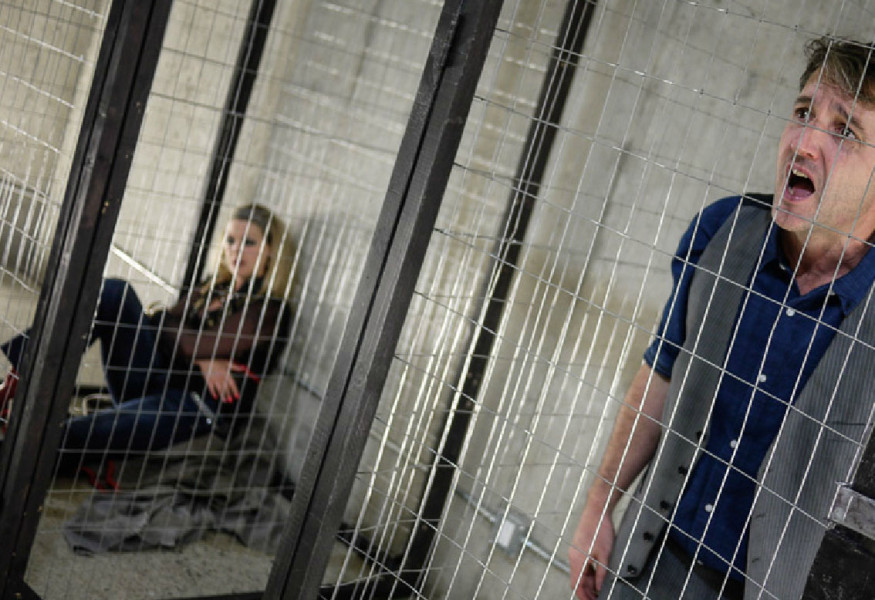 But once the audience is led through to a different room of the building for act two, playwright Jason Wells’ dark comedy finds its greatest moments of bizarre triumph. Stay with it, and you’ll be rewarded with one of this season’s most entertaining performances.

After a ruthless military faction has seized power in Washington, D.C., the future of the US is in the hands of State Department bureaucrat Carlton Berg. On the run from the Capitol carrying the new administration’s top-secret enemies list, Berg is incarcerated in a police station in Lodus, Missouri—a small and backward Ozark town. As Department of Homeland Security agents close in, he must convince an unwilling set of confidants—an unsympathetic police chief, a law-abiding administration assistant, and a motor-mouthed fellow prisoner—of his plans to expose the new regime.

Now onto the cast of six, all who must shoulder the weight of our collected suspended belief. All acquitted their roles well, taking turns playing serious characters and providing comedic relief as the balance of power shifts. Catherine Lough Haggquist’s administration assistant goes through one of the biggest personal transformations, from resigned sidekick to equally reluctant co-conspirator. Haggquist adds levels to the role, at times level-headed, others passively belligerent, that make her moments of frantic action truly explode. 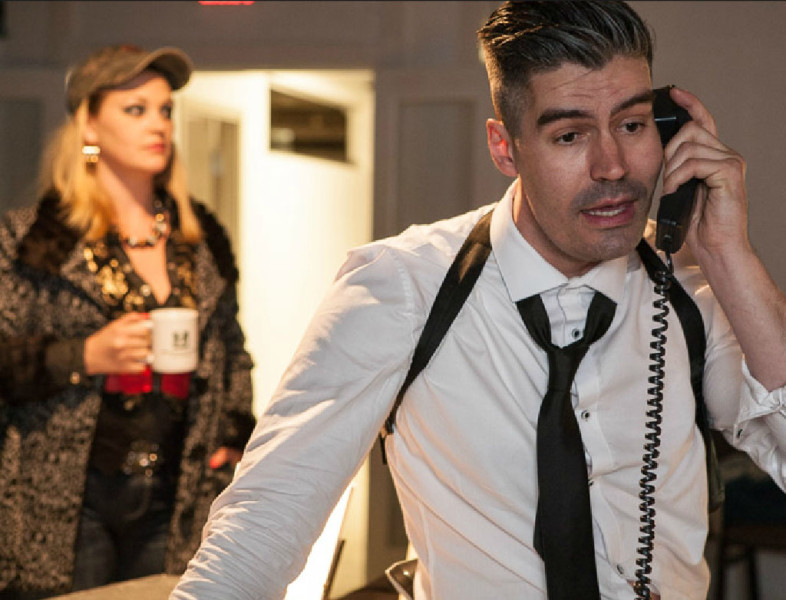 Originally in my notes as “hooker / possible meth-head figure,” I thought I had Genevieve Fleming’s character pegged in act one. But by halfway through the second half, ‘white trash’ Tanya Shepke had morphed into one of the most unintentionally awesome characters I’ve ever seen on the small stage. Fleming dominates the set as the unlikely heroine, veering between distraction and threat while managing to convince us how 100% committed she is to… revolution? Is that it?

The only mention of faint regret around this production is due to the confines of the seating in the second half. No matter where you sit, you’ll miss out on some of the expressions that truly sell the whack-job plot. While the conventional suggestion would be in the middle and maximize on the action, the door at the end becomes a focal point for North Plan’s reveals and turning points. Sit by it, and you’ll catch two brilliant moments of reaction by co-conspirator Haggquist and Daniel Martin, as the poor sod who really should have just headed north.