A Canadian author and a chemical weapons watchdog took some of this year’s top honours.

Cheers could no doubt be heard across the country on Thursday when the Nobel Prize in Literature was announced. Our very own Alice Munro became the first Canadian and only the 13th woman to win the honour. The Canadian literary scene is certainly crowded with talent, but Munro’s recognition is long overdue. The Nobel Committee called Munro a “master of the short story.”

Now, the Nobel Committee does not release its nominees in any given category for 50 years. Seriously. So, unfortunately, we cannot compare how Munro stacked up in comparison to the other nominees for this year’s prize. Though, this could have been a bold choice for the Committee. Munro herself certainly did not expect the award.

As a Canadian literature fiend, I am incredibly biased in my grading of this award. But, if more people become acquainted with Munro’s work because of this award, no Canadian, or literature professor, will have any reason to complain.

Grade: A+ (duh)
Exposure of exceptional Canadian talent warrants an A+ any day. 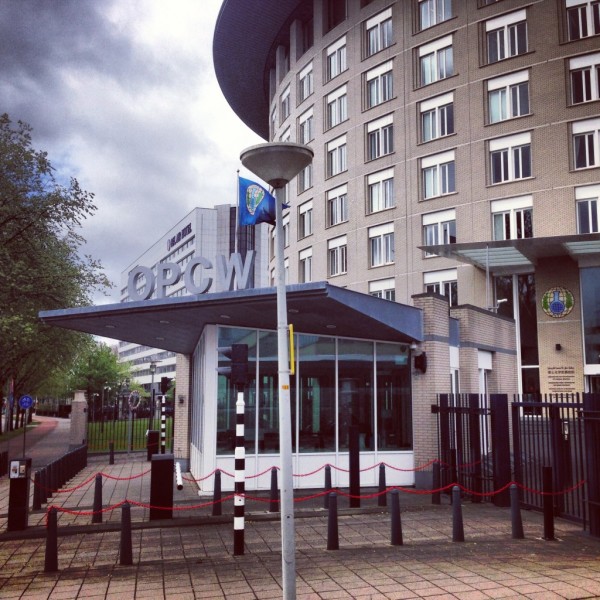 The OPCW headquarters in The Hauge, The Netherlands

You have got to love modern-day international organizations. Until a few weeks ago, many people had probably never heard of the Organization for the Prohibition of Chemical Weapons (OPCW). Yet, this relatively unknown organization actually went into Syria, seized the regimes chemical weapons, and helped keep Syrians just a little bit safer.

The OPCW most importantly got Obama and Putin to agree on something. That itself likely warrants a Nobel Peace Prize.

And we should all be glad that the prize didn’t go to Putin. There were (highly non-credible) rumblings…

Still, awarding the OPCW this prize might be a little premature. We have yet to see how its enforcement power will hold up (coupled, of course, with the U.S. threat of force). It is one thing to seize the Syrian regime’s chemical weapons, it is quite another to ensure that the regime keeps playing by the rules.

Grade: B
Publicizes an organization that until recently was relatively unknown. So on the publicity front this is a win-win for both the Nobel and the OPCW. In terms of actual substance: not much to complain about here. This organization is making more progress in Syria than any single state has made in months.

Be sure to pick up one of Munro’s books, and to visit the OPCW’s website to read about the important work they are doing.