It was almost four years ago now that I recall sitting in my dark room, well into the night, watching the Iranian Presidential election results on my laptop. I sat there as dawn approached, waiting and hoping for some positive news.

Naturally, as most Iranians who have left Iran were, I was deflated by what I saw. The only prospect of legitimate reformation in the country was slipping away. Obviously I questioned the legitimacy of the results themselves. But I still held onto a glimmer of hope. Hoping that maybe by some miraculous result, true democracy would finally engulf the country – democracy that slipped out of the hands of the ancient nation 50 years ago. Isn’t it funny how we as humans possess feelings of optimism even when everything would suggest there is no chance? 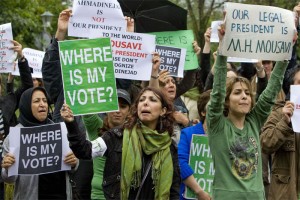 That’s still the case today. Democracy does not exist in Iran. Free elections do not exist.

But most importantly, in Canada we have the right to freely vote in an election (once we turn 18, of course). You can moan and groan about the electoral system we possess, there do exist flaws in it, but what you can’t deny is that you have the right to cast a ballot on a number of different occasions: be it federal, provincial, and municipal. And that right is uncontested. Your vote counts. 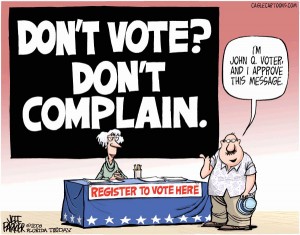 Often what I hear from my fellow Canadians about voter turnout is “well, we’re better than most places.”

Secondly, saying that Canada is better than most places is like explaining to your parents that you’re better than the students who failed when you come home with a C- on your last paper. This isn’t something to be content about. Whenever I came home with a bad grade, I sat down and thought to myself “how can I do better, what can I do to be better.” That is the mentality that Canadians should have. Voting is important. 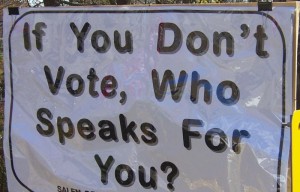 Now, naturally the first approach would be to get rid of Canada’s almost archaic first past the post system and switch to a method of proportional representation. Something that I am entirely in favor of. But what motivation do present and past governments have to do this? The current system and the level of turnout has suited them all perfectly, resulting in little to no changes. Maybe if Canada experienced a consistent wave of high turnout in elections, politicians would feel obligated to make the change. With the higher voter turnout, a collective expression of dissatisfaction with the electoral system could lead to actual change. As of right now, any talk of change to the system is just that – talk. A national referendum wouldn’t change anything either, as it would most certainly be defeated. As we saw in B.C., twice, change would be tough. For real change, a party would have to run on a platform of changing the electoral system. Then, if granted a mandate, change the system accordingly.

There are some other ideas that are utilized around the world that came to mind. One would be to have election day on a Saturday or Sunday, or even have it on a Monday and make that day a holiday. This way rushing to vote before or after work isn’t a problem for people. And on the subject of voting, maybe its time Canada invested legitimate resources in exploring online voting. Obviously there are some concerns that would arise with this, but if the time is put into it, it may be something to look into. I know I wouldn’t mind sitting on my couch and casting my ballot, securely of course!

Is making voting mandatory a viable option? Possibly. There are 10 countries that currently enforce mandatory voting: Argentina, Australia, Brazil, D.R. Congo, Ecuador, Luxembourg, Nauru, Peru, Singapore, Uruguay. (13 other countries do not enforce it). Some of the countries have found some success with it too. But many feel forcing people isn’t the way to go about it. Maybe incentivizing voting is an approach worth looking at. Arizona had the idea to do a voter turnout lottery where voters where entered in for a chance to win $1 million dollars. Although, this may not be the best use of resources, something the people of Arizona agreed with. Some in Georgia had a neat idea too: 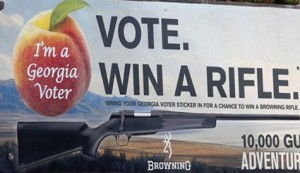 The thing that I personally like the most is to make people proud to vote. When countries like Libya and Tunisia had their first free elections after decades of tyranny, they all ecstatically held their fingers up in pride. Election ink is a dye that is applied to a finger of voters during an election to prevent fraud, generally in countries where documents aren’t as up to date as most Western nations. But has been a sign of pride for voters, holding up peace signs smiling with a symbol of their vote. I know I would be proud to leave my voting centre with some fresh ink on my fingers signalling that I just voted. 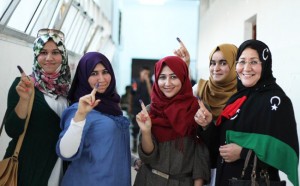 Regardless of your political ideologies or beliefs, voting is a right that you are afforded as a Canadian citizen and you should do your best to exercise it. Take the time to get educated on the political parties and options that are available in the next election, and make a decision that you feel comfortable with. Don’t let exterior factors dissuade you from voting. And if you feel that it is in your right to not exercise your right, so be it. It is not compulsory and no one should shame you for not doing it. The pessimistic view that your vote won’t count is simplistic. More than a handful of the races in both 2011 and 2009 were decided by numbers ranging from 20 to 200. These aren’t huge margins. Everyone’s vote counts and it is important for individuals to collectively exercise their right to vote.

I know at times politics can seem discouraging and evil. And it often is. But the beautiful thing about it is, ultimately we have a choice. We have a choice to vote in an election, with the confidence that our vote will be cast. Something that millions of people around the world would love to have. Something that thousands have sacrificed their lives for. This isn’t an attempt at a guilt trip but rather a reflection. Take the time and reflect on the importance of voting and what it means. Because it means something, you just have to realize it. Maybe its just me having family in Iran who don’t have the same opportunities to as me. Who can’t vote in a free election. But I’ve always made it my personal duty to vote in every election, and every time I leave the voting booth, I leave with a smile on my face.