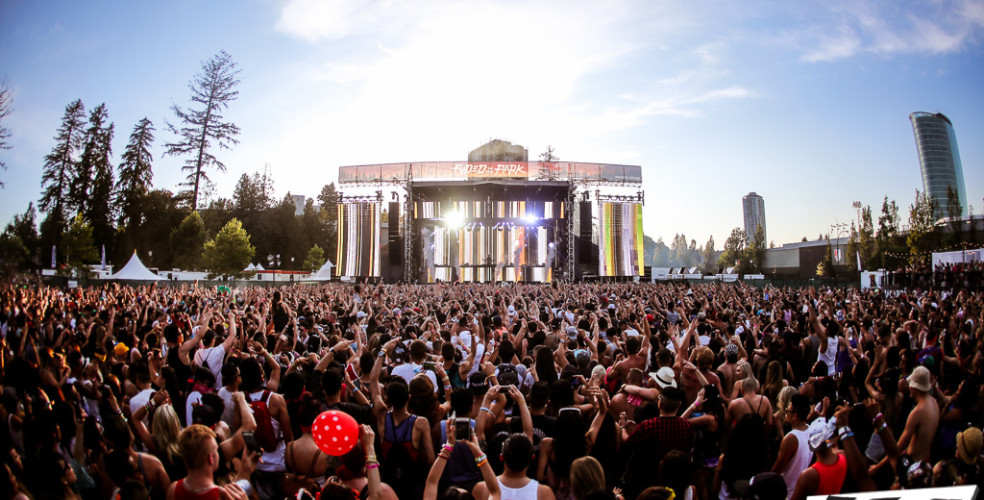 FVDED is one of the most recognized brands in Blueprint’s portfolio of events. With humble beginnings as a Wednesday night weekly at Celebrities, the party has since evolved into a full blown music festival called FVDED in the Park. Originally designed for local bass hounds seeking out their weekly fix, the night has covered every facet of bass music from trap to future bass, dubstep, moombahton, and beyond, since it’s inception in 2012.

We got a chance to speak with Matt Owchar, Karli Fahlman, and Mackenzie Dunham from Blueprint about the past, present, and future of FVDED respectively. Check out what they had to say in our interview below. 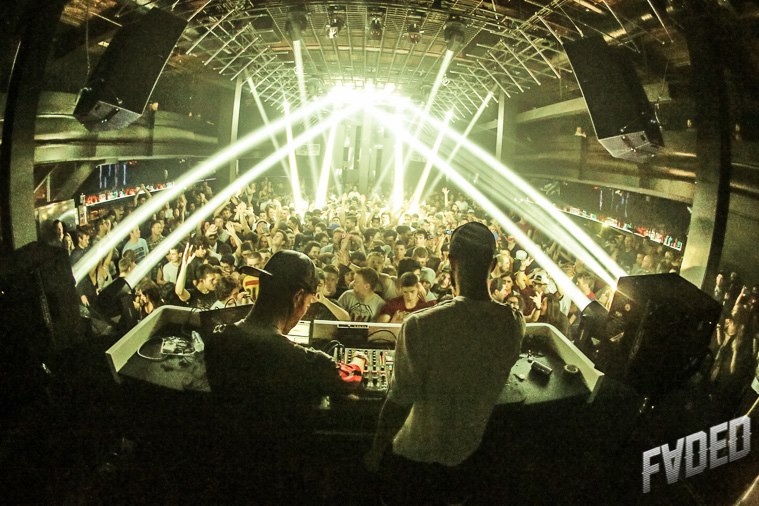 Matt Owchar: The creation of FVDED as a club night was 100% predicated on what, we [at Blueprint] felt at the time, was the evolution of bass music into what would later be called “trap.” Around 2010 or 2011, dubstep had become very formulaic with essentially every new bass music producer ripping off the sounds that Skrillex had come up with. Meanwhile, Southern hip hop, specifically the Atlanta “trap” sound dominated by Lex Luger’s heavy and distorted 808 bass, hissing hi-hats, and vocal chants, started leaking into the sound palettes of experimental dance music producers.

The samples that everyone’s heard a gajillion times now, “Real Trap Shit,” “Damn Son, Where’d Ya Find This?” and those “HEY” chants, came from a sample pack of vocal drops from Trap-A-Holics; a crew from Atlanta who put together mixtapes for Gucci Mane and other rappers for websites like Dat Piff. Eventually, some clever dance music producers started incorporating those drops into their new trap influenced music. 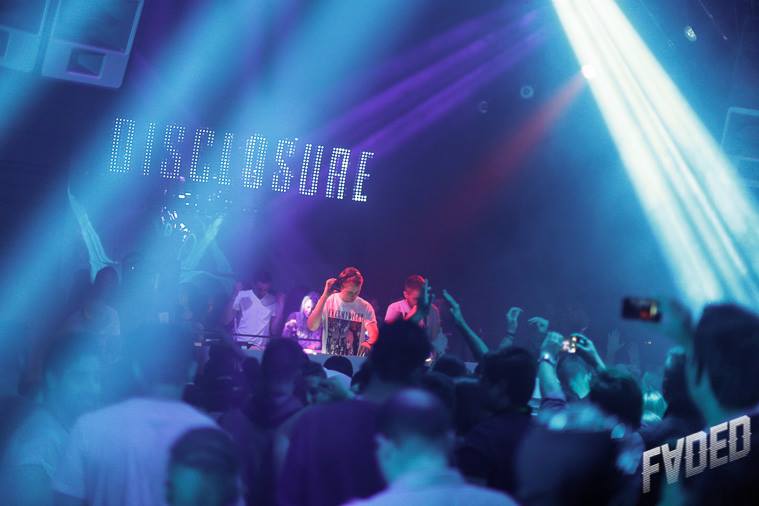 By the time 2012 rolled around there was a small scene of producers making “trap” songs, but nobody really knew what to call it yet. The seminal moment was definitely when Flosstradamus released their remix of Major Lazer’s “Original Don” which perfected the formula of dance music seamlessly melding with the Atlanta trap sound.

Featured in the song was the infamous, “Damn Son, Where’d Ya Find This,” drop and an old dancehall vocal drop, “Run Di Track”. Everyone thought the sample said, “RUN THE TRAP,” so all the geeks on Soundcloud and YouTube were basically like, “Yup let’s call it TRAP.” That’s pretty much what solidified the name of dance music’s hottest new genre. Around the same time all this was happening, we [at Blueprint] had been bouncing ideas around about what kind of new night we wanted to start; something we’re always doing as event promoters. 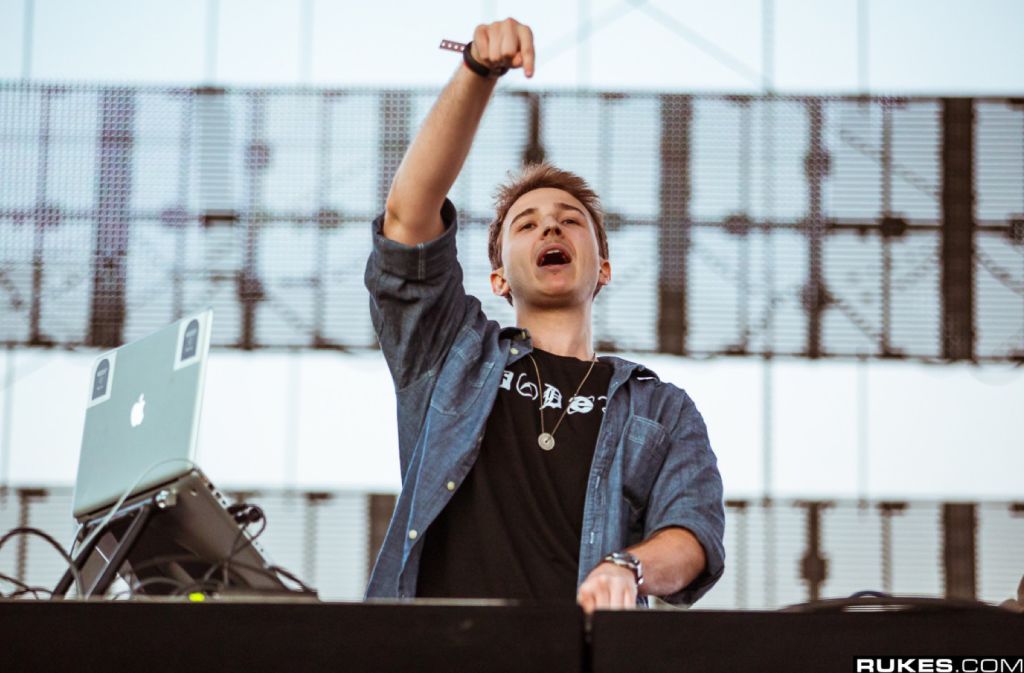 At SXSW 2012 there were two tracks that, seemingly out of nowhere, you absolutely could not escape: the Flosstradamus Original Don Remix and a yet to be identified song called “Harlem Shake” by a then unknown, Baauer. From that point forward, we knew what musical direction we wanted to go in with our new night.

In the end, trap had a tremendous influence on the creation and booking direction of FVDED from the get go. The only major issue at the time was that there literally wasn’t enough trap producers around to book, so we kept the format of the night open to all genres of bass music including dubstep, dnb, moombahton, and others.

FVDED brought in some of the first bookings in Vancouver for now heavyweight arena and festival acts like Flosstradamus, RL Grime, and Baauer. What is it like to see those artists grow from playing smaller sized shows to sold out arenas and festivals?

M: Witnessing the evolution of the club act to the arena act is something I wouldn’t characterize as unique to FVDED; we’ve seen it happen to a wide variety of acts that we’ve booked over the years. I guess the difference here is the personal history and relationships I have with these artists that were unique to that particular time and place, like my relationship with Baauer.

I have also known the Floss guys for a good half decade before they became festival caliber artists. In fact, I remember a time when they used to sleep on my friends couches when they were in town (shout out to Tyler Fedchuk and Tony X!). Ultimately I just feel really lucky to have been able to witness these awesome dudes, who I consider friends, go on to the levels of success that they all deserve and really worked their asses off to achieve.

What were some of your favourite bookings from the earlier editions of FVDED?

M: Shout out to the original #FVDED trap trilogy and shout out to Sam Demoe on that ode to Pen & Pixel: 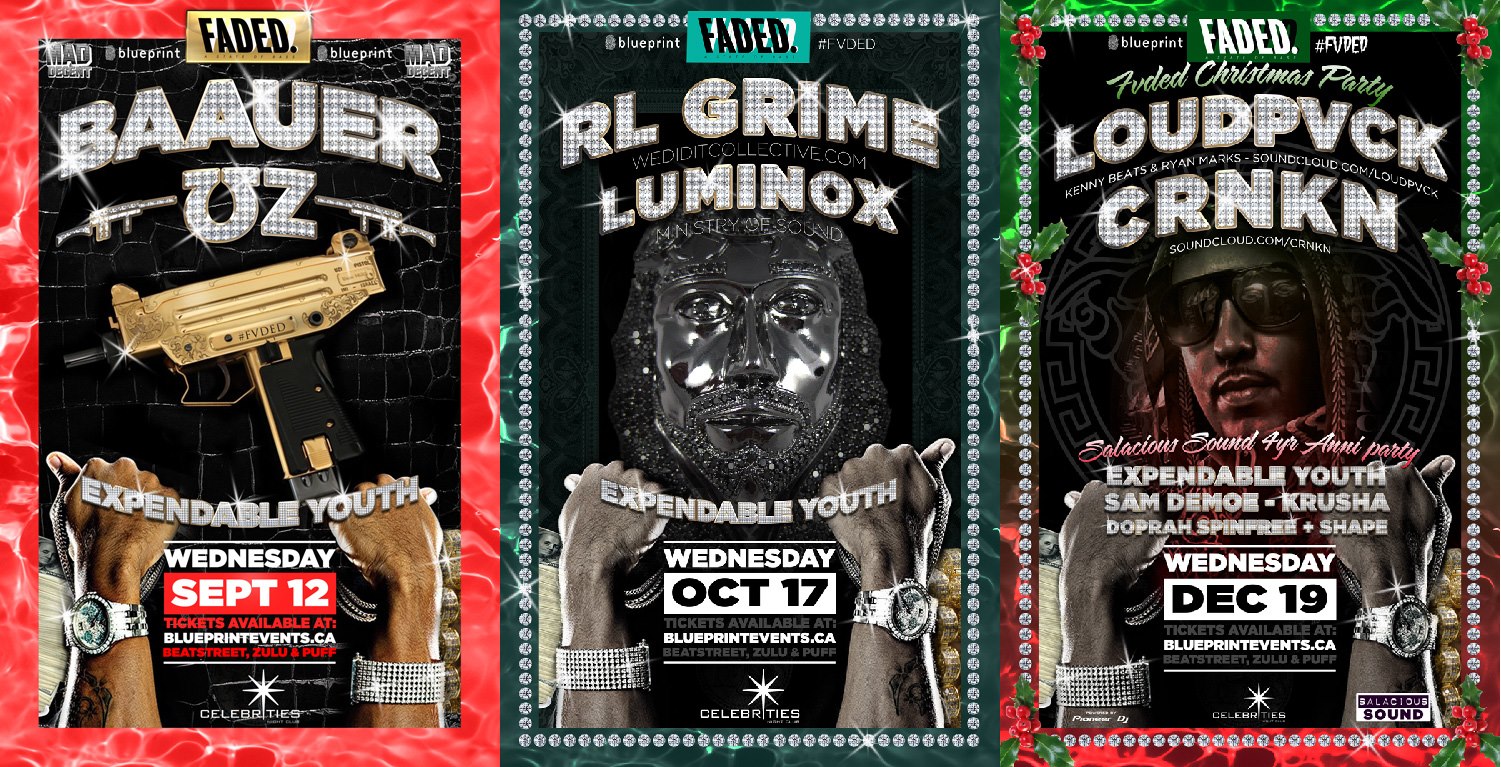 How did FVDED in the Park evolve to what it is now?

Karli Fahlman: Originally, the 2013 and 2014 FVDED In The Parks were conceptualized around the genres featured at the Celebs weekly. It was about mixing underground bass culture with a predominantly Canadian lineup that featured artists like Adventure Club, Zeds Dead, Excision, and Datsik.

As the FVDED brand and community continued to grow, our boss Alvaro Prol had the vision to conceptualize something bigger and more diverse for the future of the festival. That’s why we decided to move the whole thing out to Holland Park in 2015 to make his vision of having FVDED become the, “festival in your city,” a reality. 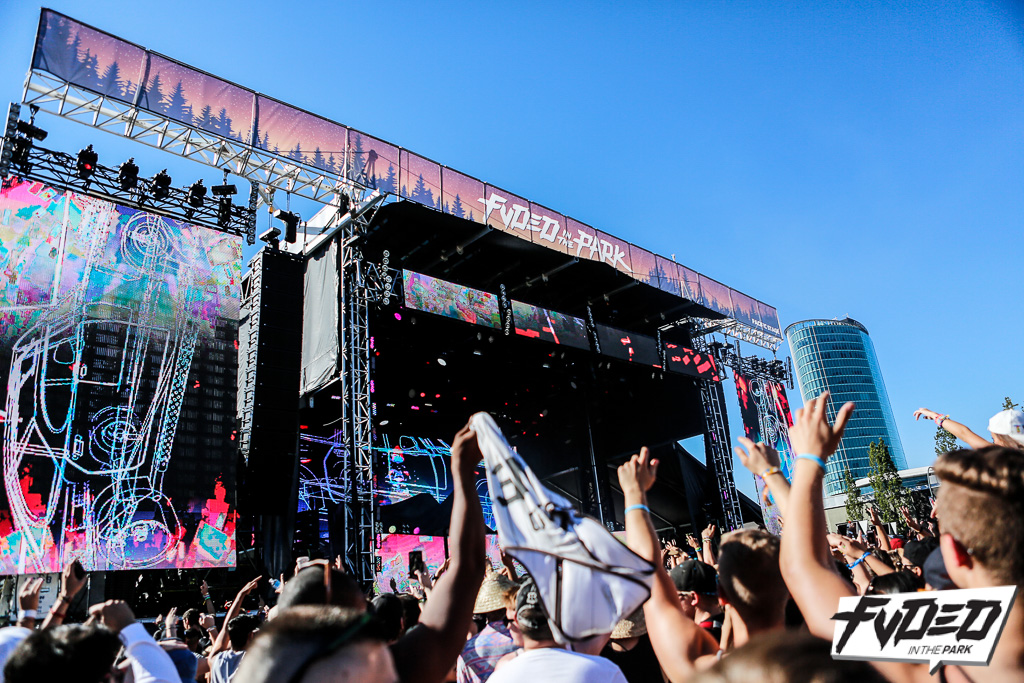 FVDED in the Park – Image: Blueprint

The bookings for the FVDED in the Park last summer expanded beyond electronic music and included rappers such as Ty Dolla Sign, Tyler The Creator, and Vic Mensa. Why did you guys decide to do this?

KF: Last summer, FVDED In The Park took place over the course of two days in July with over 28,000 attendees which was obviously a massive capacity increase and demand from the two previous years. That being said, our teams objective last year was for FVDED in the Park to really acknowledge the current musical tastes and interests of our growing community and to make the festival accessible for everyone to check out. I remember after we announced the 2015 lineup people were like, “Woah, we were NOT expecting that!”

Anything you can leak as a hint to us for this summers edition of fvded in the park?

KF: If you’re good at keeping secrets, than so are we! If we can say one thing, FVDED in the Park 2016 will continue to focus towards more of that non-conforming and vibrant urban atmosphere which will be reflected in it’s multi-genre programming and block-party style concept.

Undoubtedly, FVDED has become a mentality and movement among festival goers and music lovers — ones who consider themselves part of BC’s urban culture inspired by unconventional experiences. It’s all about that moment for us and our team; we wanna keep blowing you guys away.

What people can expect to be the same with the resurrection of FVDED at M.I.A. and what will be different?

Mackenzie Dunham: As a brand, FVDED has continued to evolve with the industry since it’s inception and has grown to become one of the most recognizable names throughout the bass community. The goal remains the same as when we initially launched which is to build the bass music community throughout Vancouver and to showcase all the artists that have made FVDED what it is today. With M.I.A. being the new home for FVDED on Fridays, we are able to provide both artists and bass music fans with a more intimate experience. 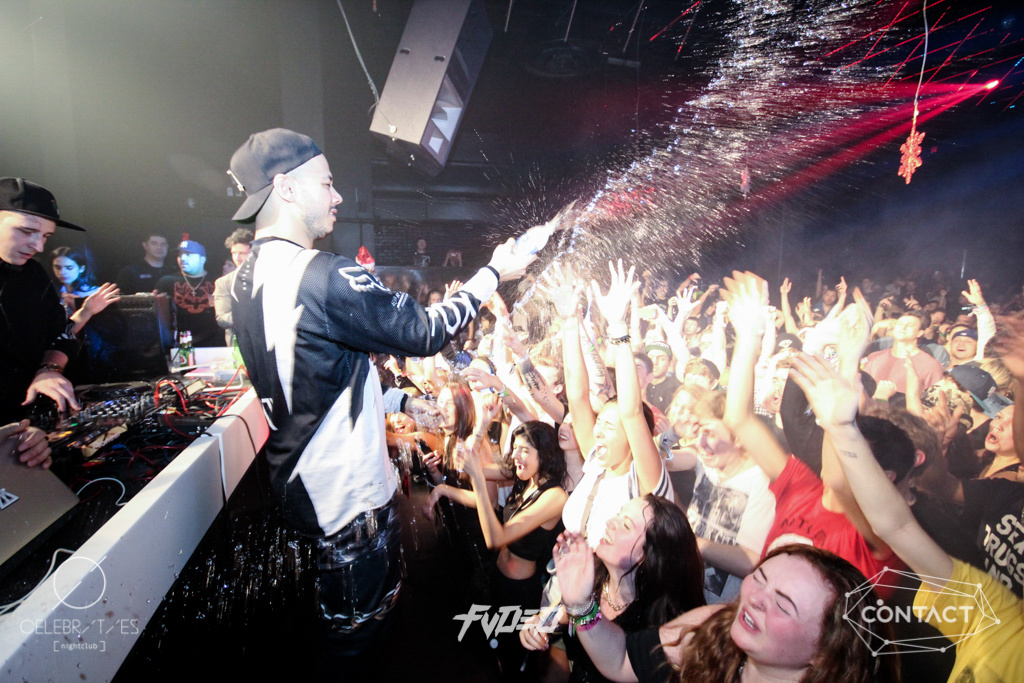 What genres can ppl expect to be represented at FVDED this time around?

MD: FVDED has always committed to being an open format bass night dedicated to pushing boundaries regardless of genre. Artist bookings have always been quite diverse, and we intend to continue that, whether it be a future house act one week or trap the next week. FVDED will always been on the forefront of exploring new sounds and innovative artists that express the evolution of bass music into the future.

Can you tell us about any upcoming bookings you have planned for FVDED yet?

MD: Our last show of the month is the Official FVDED Grand Opening and features trap heavyweights LOUDPVCK. Beyond that I can’t say to much other than we have some great acts lined up for the rest of 2016. 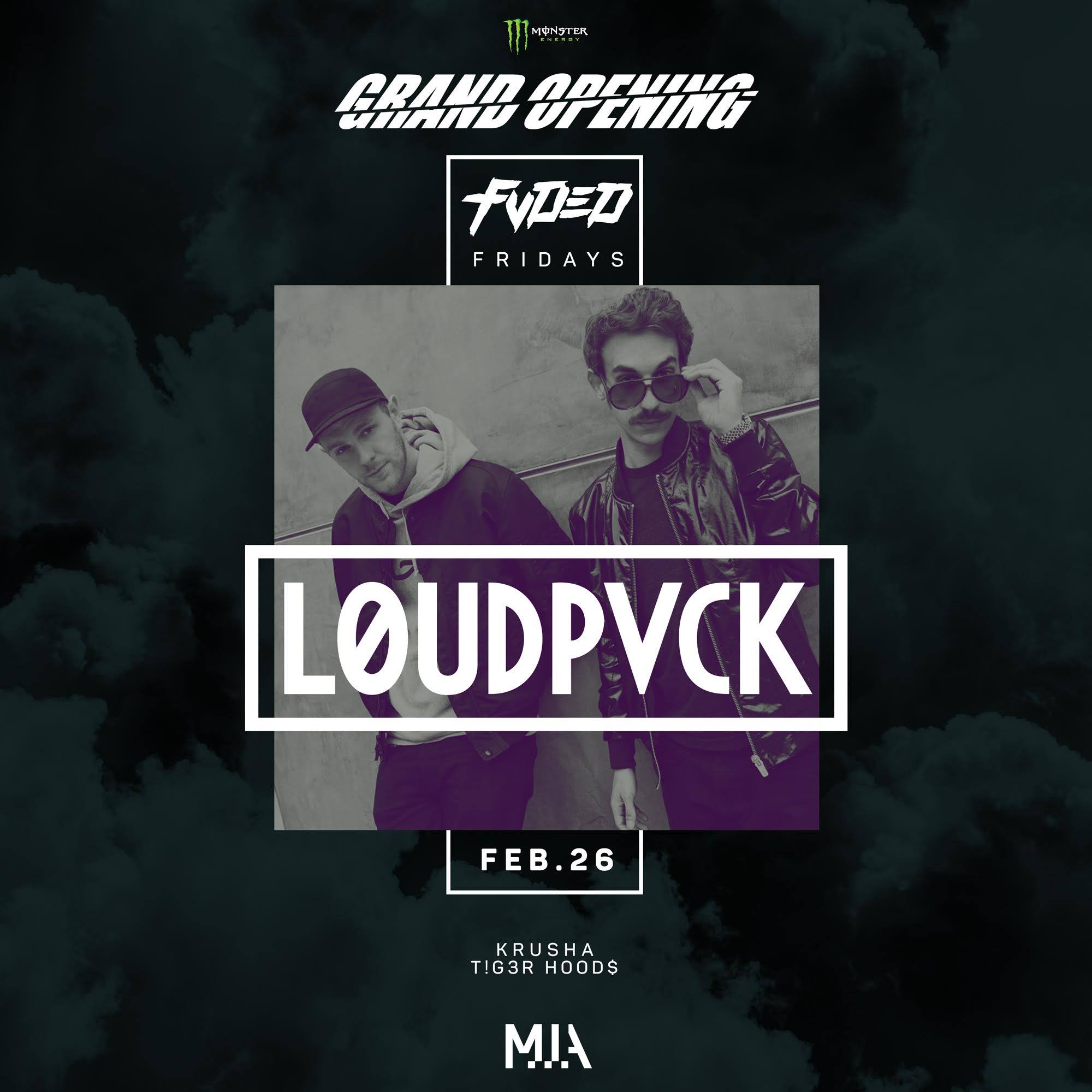