Produced and hosted by Nima Gholamipour and Ember Konopaki, two young and local comedians, The Hero Show Presents: Sidekicks (a sister show to The Hero Show which is produced by Cameron McLeod) is a show where Vancouver ‘comedy heroes’ pair up in duos and present comedic sketches. The result is a hilarious set of sketches that range from ridiculous to downright bizarre. The comedic duos aim to push the limits to gain their laughs, and in most cases they succeed. The question is – what is too far?

Sidekicks is hosted at the China Cloud (524 Main Street, Vancouver), an incredibly intimate but inviting space. The late start time, 9 p.m., hardly deters the crowd, and with a bar you can get up and order something from at any time during the show, the causal environment is perfect for the sketch comedy that appears on the tiny and carpeted stage. What follows is two hours chock full of original and hilarious sketch comedy created by local comedians.

The show starts off with the hosts, Nima and Ember, taking the stage with an adorably awkward dance party. Both are dripping with charm as they explain the night’s events and thank the audience for attending. Nima shares that Sidekicks is a “duos only show” and that there tends to be “really fun results.” This is also their first summer show, and they hope to continue it through the summer months. Some of the duos are pre-existing and some have been thrown together specifically for the show. 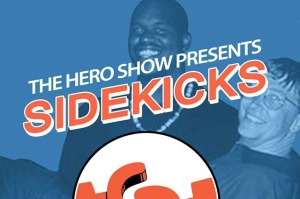 A pre-established duo, Shane McLean and Ryan D. Anderson, were up first. From the moment they step on stage, the trust shared between them was palpable. Their sketch was quirky and awkward, and while some moments weren’t extremely smooth, they quickly ironed them out. It was a great way to kick off the evening.

Alex Hudson and Nik Bunting, formerly of the sketch troupe Pump Trolley, reunited and performed a sketch about two ultra-competitive businessmen meeting to settle their grudge with a wrestling match. As the two tussled, they spouted technical and wordy jokes that were perfectly delivered. As the ‘bout’ continued, the sketch became a game of one-upmanship filled with clever references combined with ridiculous one-liners.

Aaron Read, whose partner was sick and had to miss the show, performed one of the best sketches of the night. Instead of dropping out, he wrote a sketch the day of the show. The simplicity of the sketch and audience participation was key to its success. It was easily the best of the night. 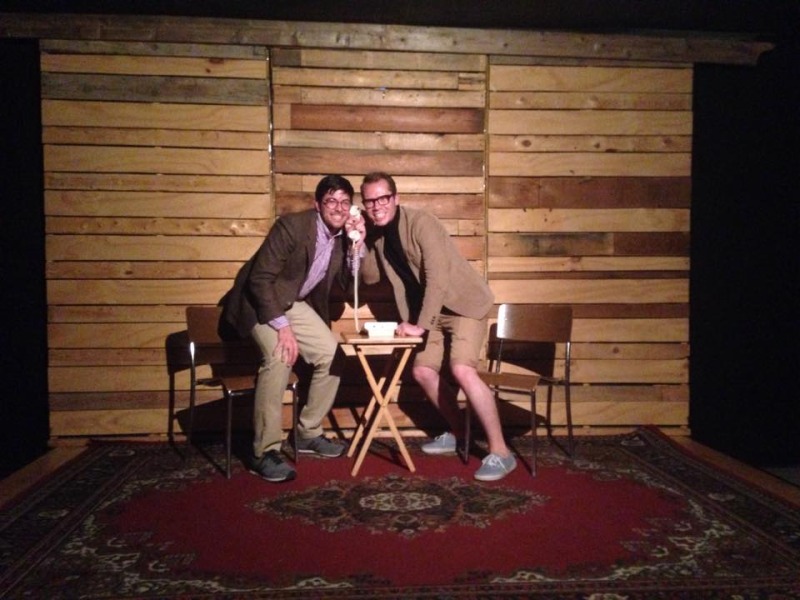 Kyle Fines and Nima Gholamipour collaborated in a hilarious sketch that tested the imagination of the audience. The duo ran onstage with opaque stockings on their heads and held up their hands to mime guns. The sketch quickly dissolved into slight insanity as their props suddenly became ‘real.’ Nima acted out his death scene beautifully. It was an original twist on the ‘restoring imagination’ cliché with great use of physical comedy.

Ember Konopaki held her own as the only female comedian of the night, performing a sketch with The Hero Show producer Cameron McLeod. The two worked well off of each other, playing roommates bantering over a broken Selena (the late Spanish popstar) plate. With seamlessly written jokes and a hilarious underlying (and intentional) sexual tension between the two characters, it was the most ‘real to life’ sketch of the night but still caused eruptions of laughter from the audience.

Emmett Hall and Kevin Lee closed the show as two interior designers bent on making over the China Cloud. While it was hard to tell whether the entire sketch was scripted, some of the one-liners were so random it was bafflingly perfect. One moment that was particularly memorable was when Kevin walked up to the bar and ordered, “A Burt Reynolds nose-diving shirtless into a wood chipper.” They used the space incredibly well and even invited some of the audience members onstage to perform the sketch with them.

The balance between ‘sticking to the script’ and spontaneity is key to how the sketches land. As the China Cloud is a small venue, the comedians are forced to gear their sketches toward the intimacy of the theatre and the small size of the audience. Mostly this goes over well, but with the innate ‘over the topness’ of sketch comedy, this can sometimes hinder the performance and in other cases completely makes the sketch. A fine balance and a lot of consideration of the space need to be taken into account for a sketch to be successful in this type of venue.

If you’re looking for a night of dry, clever humor with a touch of weirdness in sketch form, Sidekicks is the show for you. The Hero Show Presents: Sidekicks happens every two months at the China Cloud. Tickets are $10 at the door. You can check out @NimaGholamipour for the next show date announcements.