The issue with being a thoughtful gift giver is that it’s not always easy to find just the right thing. Compound this with the fact that Christmas is fast approaching and what you have is the perfect storm of stress and mad dashes to countless department stores and Christmas Markets. Sometimes, finding that special showstopper of a gift takes looking in the not so usual places. If a think-outside-the-box idea is what you seek, then perhaps the right person to ask is another out-of-the-box thinker.

Tomas Nielsen is also what you’d call thoughtful. As an Industrial Designer, it’s his job to think of new solutions and products. Though he’s enjoyed a career and life that spans continents, Vancouver ended up being the place he thinks he is the most passionate about. He’s also passionate about eco friendly design and contributing to the betterment of children through his work. Combining these elements, Tomas invented Tobo Track, a modular toy track system that hearkens back to the classic toy train tracks of yore but with  some interesting updates and innovative features 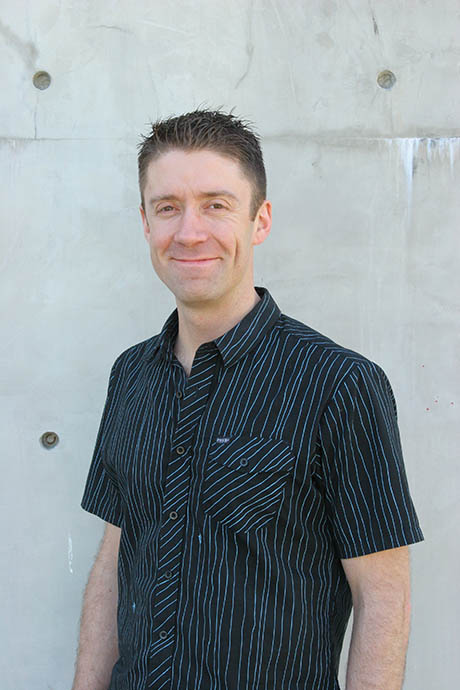 “Tobo Toys started with the idea to make Tobo Track into a reality. I had designed Tobo Track years earlier (while attending Emily Carr University), and when I couldn’t find a job in ID, I started to think about how I could thrive in an independent way. I came across the amazing material called Arboform, which is an injection mouldable wood material with no plastics, glues or resins.  Putting the two together, and combined with all the experience I had with child-related products in the Netherlands, Tobo Track was born. I knew that If I was going to make toys for kids, they would have to be safe. They would also have to be fun too! Play time is super important to me, and an essential part of enjoying this life. And equally important was to be as environmentally sustainable as possible.”

A smart toy that looks, feels and acts like plastic but isn’t plastic? Totally safe for kids and eco friendly? Made in North America? It sure does sound a bit too good to be true but it appears as though local mom and dad bloggers are already picking up on Tobo Track and, after rigorous product testing, (Chiefly overseen by their children) It’s starting to  look like this could be the last minute sleeper hit of the season. One well known blogger, Ricky Shetty (@TokyoRicky) of the popular parent blog, daddyblogger.ca recently met with Mr. Nielsen via one of his monthly online interviews and this momentum has been steadily spreading out into strings of similar stories of approval with parents all across North America. Check out the interview here.

Currently the only place to find Tobo Track is online (at tobotoys.com or on Amazon.com if you’re in the US). There’s no word yet on when they will hit brick and mortar stores but, then again Tobo Toys only launched mere weeks ago. Admittedly, there is a wonderful feeling of smugness inherent in being that guest who shows up on Christmas and hides a box under the tree containing something nobody had ever expected let alone even seen before. The expressions on everyone’s faces alone may be the best gift of all. And all this with a simple click and online transaction. Not even Santa, with his legions of helpers, big bag of tricks and airborne Reindeer makes it look this easy. 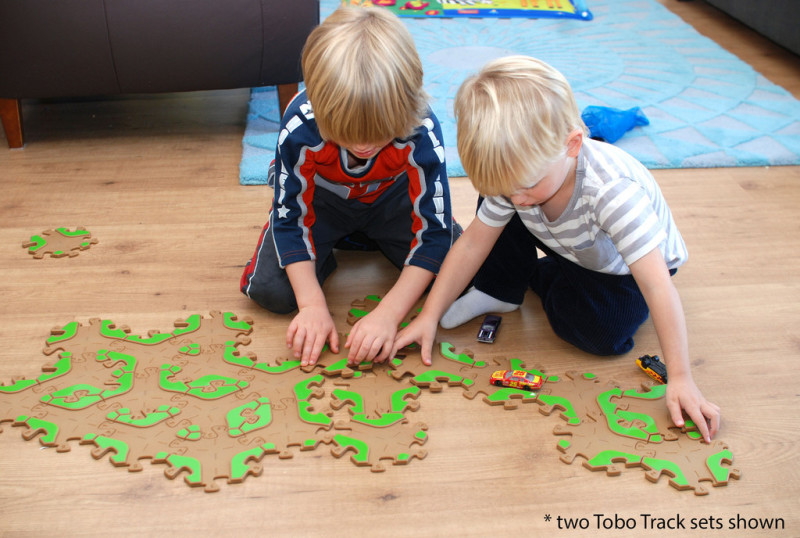 According to Tobo Toys’ social media channels Tomas will be appearing with his invention at some upcoming events. The first being last night’s YVRbloggers.comMeetup at the Waterfall Building right by Granville Island. Parents and children clamored around to get a chance to test out the product. Some parents did so with a noticeably sly expression on. No doubt feeling assured that nobody would suspect  they were actually shopping for a late gift. It’s the perfect crime. A good gifter is also a clever one. The kids will never see it coming. And, after all, isn’t that the point of a good surprise?