Arts patronage has a long history with real estate developers, and many large developments are mandated by the city to pay for public art installations. But a small developer without any city-ordained mandate is taking the idea of arts patronage in a new and different direction.

Payam Imani of Imani Development is building a 93-unit condo development on 6th and Scotia Street, and will be purchasing pieces of art from local Main Street artists to showcase in the building. He has already purchased the first piece from local artist, John Ferrie, whose whimsical paintings have made him famous around the world. Few other pieces are currently being purchased from up-and-coming artists living and working in the Main Street area.

“Payam is genuinely interested in supporting local artists and maintaining the vibe of this neighborhood, which includes a lot of artists,” says Ferrie, who lives a few blocks from the new development. “Many developers will offer opportunities for exposure, but expect you to do it for free.”

Expecting artists to offer up their art for presentation centres, or for sale in condo tower lobbies is not, says Ferrie, the kind of support local artists need. He cited the numerous calls for submission put out there by many of the big developers who are mandated by the city to include public art as a condition of their permits.

“Those proposals are really for a design team,” says Ferrie. “And they can be lucrative but for most local artists, it’s a pipe dream. The hoops you have to jump through to get to the proposal stage are impossible for most of us and we wouldn’t have the resources for projects like that.”

Compared to those projects, where often the budget is upwards of $100,000, Imani’s local arts program is small change. For John Ferrie’s painting, he paid $1,800. His budget for the other artists will be similar. But to the artists involved, it’s a huge step forward.

“I really want to get the local artists involved,” says Imani. “Partly to preserve the micro-culture in the area, but also to give them a real opportunity to connect with the community and to work in their own neighborhood. I don’t think that the small number of pieces we purchase from the local artists will have an immediate impact in the large picture, but if every developer does the same (or more) and provide the artists with the future spin off opportunities, it’ll go a long way in sustaining the cultural fabric of the neighbourhood.”

Developers, he says, are often criticized for squeezing out artists in the neighborhoods where they are working. “I don’t want to do that. I honour the eclectic vibe of the neighborhood and I want to keep it the way it is. Besides, this neighbourhood has gained a unique reputation because of its unique culture and character and is now a very sought after area to live in; why change it?” 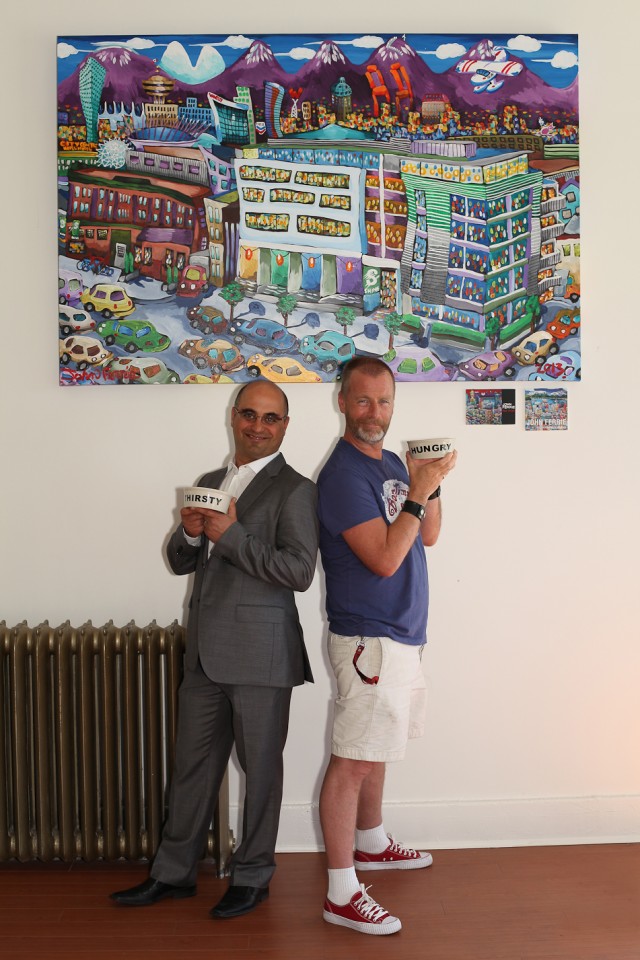