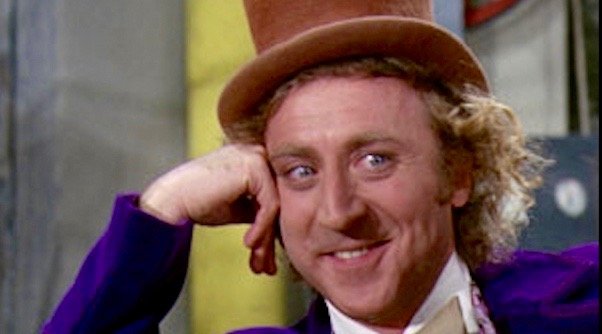 For the generations of people born before, say, 1995, there was (thankfully) a Chocolate Factory that didn’t have Johnny Depp in it.

In 1971, Gene Wilder took on the role of Willy Wonka with just the right amount of intensity and weirdness to make the character, and the movie as a whole, unforgettable for any kid who dreamed of one day finding a golden ticket. (And still does every time they open a chocolate bar).

Of course, Wilder was a much bigger star than just one role. He was Leo Bloom in the Producers. He was Dr. Frankenstein in Young Frankenstein. He was frequent collaborator of both Mel Brooks and Richard Pryor. He was an Oscar nominated actor and writer.

And he will always be the best Willy Wonka (and meme) in the business.

Wilder died today at 83 due to complications from Alzheimer’s disease.

And while he’ll live on in so any iconic films, it does mean that for the moment, we all lose. We all get nothing.