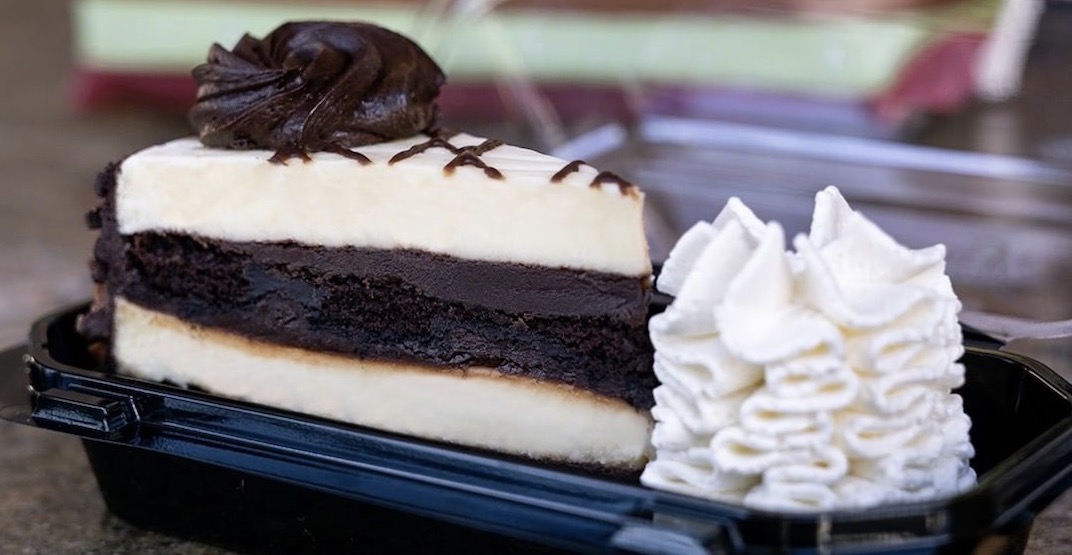 Are you sitting down? Good, because we’ve got some news that’s going to knock you off your dessert-lovin’ feet.

The Cheesecake Factory Bakery is now officially available for delivery in Metro Vancouver.

The iconic American restaurant has only one Canadian location, which opened in Toronto in 2017, but we’ve discovered you can get its drool-worthy suped-up slices here in BC too.

You can order online for pickup or delivery through Uber Eats and DoorDash from JRG’s public houses, or the company’s Sweet Tooth Desserts by Meal Ticket Brands operation.

Locations serving up these highly-coveted morsels include the following:

Be sure to place your order and try these eats, until then, check out our video from Toronto’s The Cheesecake Factory opening.