Rain stayed away and the crowds gathered for the kick-off of The Black Keys summer tour at Deer Lake Park in Burnaby. This was one of the most anticipated events of the summer; not surprisingly a sold out show only minutes after tickets went on sale.

The show began with Thickfreakness and other songs from the ‘early’ days (pre ‘Brothers’ – their 2010 Grammy award winning 6th album). Patrick Carney attacked his drum kit with such fervor, I thought that either he or it wouldn’t last throughout the whole set while Dan Auerbach, the other 50% of the band was right there with him in intensity. 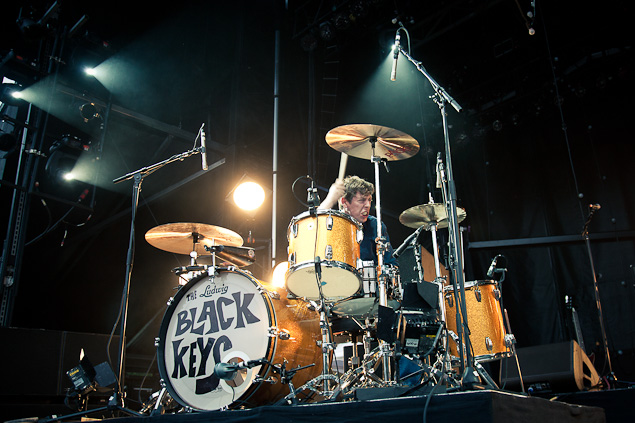 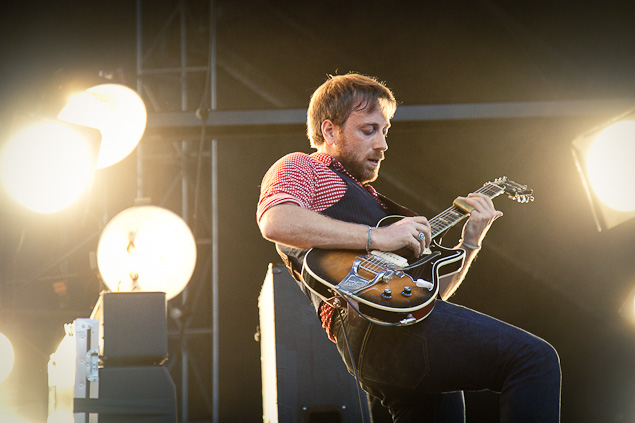 This two man show displayed their expertise as performers by winning the crowd over easily from the first beat of the drum. But it wasn’t until halfway through the set that the show went to full throttle as the duo were joined by 2 more musicians, switching to top gear for Everlasting Light and other hits from their latest album. With awesome visual effects: video screens and an oversized mirrorball, the stage came alive and the masses responded with even more excitement.

To me, many of their songs, especially tunes like ‘Ten Cent Pistol’ seem better suited to a more intimate venue but nevertheless The Black Keys pulled of a brilliant show which was not only in an outdoor venue but started and finished while it was still light.

Next time these guys are in town – make sure you set the alarm for the exact time the tickets go on sale! 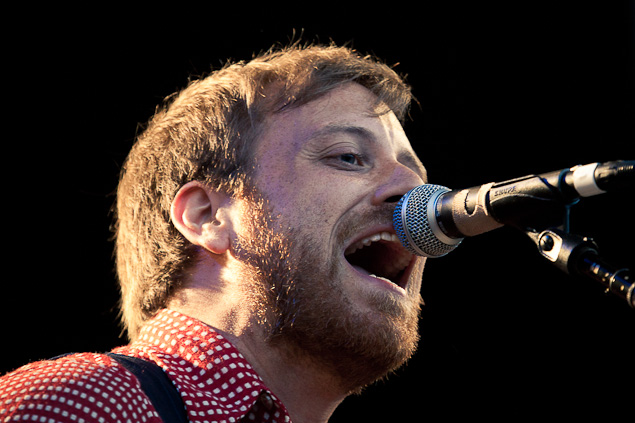 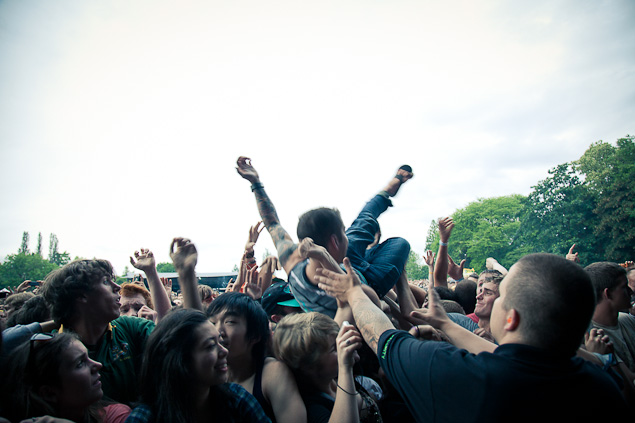