The Hotel Georgia, having been recently renovated, will be complemented by a luxury residential high-rise.

Opened just over 85 years ago, in May of 1927, the Hotel Georgia is a historic building within Downtown Vancouver. Created by Robert Garrow and John Graham, Sr., the hotel has shifted ownership multiple times over the years, most recently being managed by Rosewood Hotels and Resorts. The hotel has undergone extensive renovations over the years, which have been controlled a bit, as the building itself and parts of the interior are designated as heritage property by the City. With the most recent shift in management, the hotel was renamed the Rosewood Hotel Georgia and reopened in July of last year after being totally redesigned. Featuring 156 rooms, a spa, meeting rooms for events, a fitness centre, and more, the hotel is re-establishing itself as a landmark within Vancouver. The redesigned hotel is also home to Hawksworth, a new restaurant by Chef David Hawksworth, which is arguably Vancouver’s most acclaimed restaurant presently.

The hotel’s former parking garage has been removed and is being replaced with a new high-rise, the Delta Group’s gorgeous Private Residences at Hotel Georgia. Located at 667 Howe Street, it is the second-tallest building in Vancouver, behind the Shangri-La, standing 517 feet tall and spanning 48 storeys. Designed by IBI/HB Architects and Endall Elliot Architects, its sleek exterior features a sloping glass design that creates an angular roof at its pinnacle. I would go as far as to say that it is the best-looking building in the city currently, though opinions are sure to differ on that. 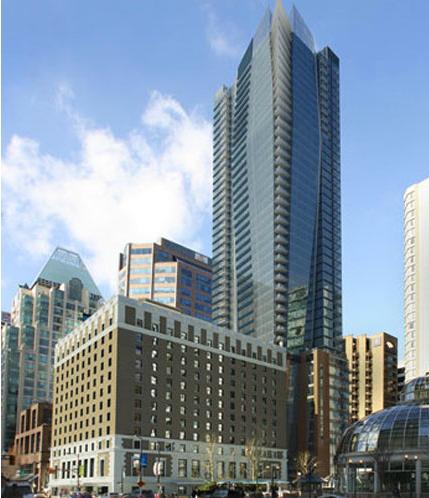 While the building itself is beautiful, the interior design is no different. With Mitchell Freedland Design handling the interiors, each suite has a sophisticated and modern look that is sure to appeal to prospective homeowners. With meeting rooms, a theatre, a billiards room, and even a cognac room, the residential component of the development compliments the hotel’s numerous amenities well. Combine all of this with the gorgeous views, close proximity to transit and prime location in the heart of the city, The Private Residences at Hotel Georgia is one of the most exciting developments in Vancouver.

With suites ranging in price from slightly over one million dollars, up to nearly ten million, those hoping for new affordable housing units in the downtown core will have to wait a while longer. The building definitely caters to the high-end market of investors and homeowners looking to purchase luxury suites right in the heart of Downtown Vancouver. Set for completion later this year, those who invested in the project early are undoubtedly getting anxious for move-in day.

Check out the website for the development for more information here and look below for some floorplans and interior renderings of the four bedroom suite with den and media room. Additional renderings and both 2D and 3D floorplans can be found on the development’s website, including a virtual tour of the suites. 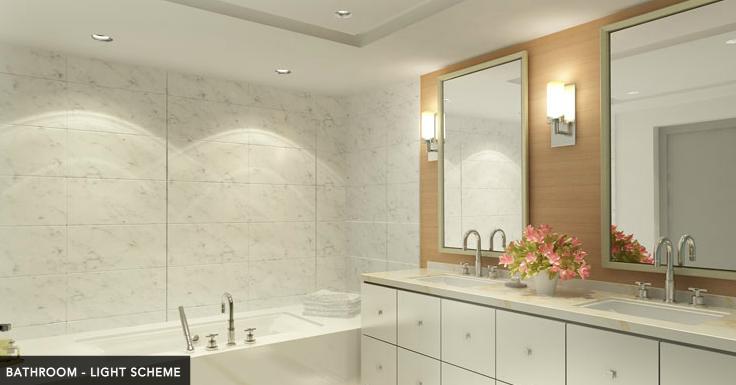 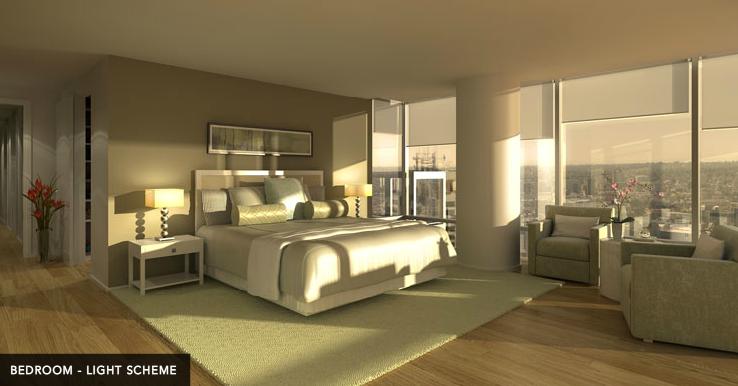 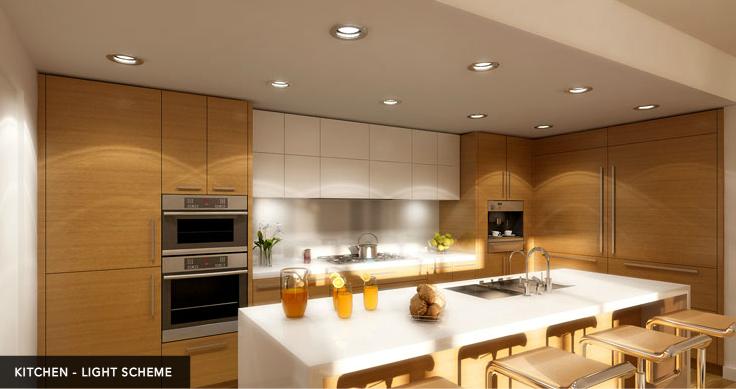 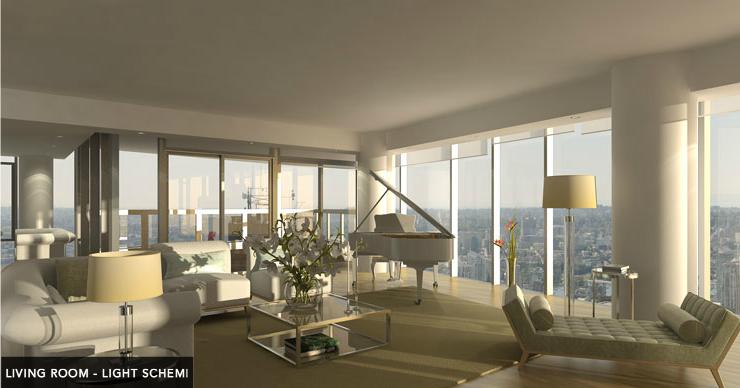