With less than a month to go until the eagerly awaited series premiere of The Bachelor Canada, the pressure to impress bachelor Brad Smith mounts as the third group of bachelorettes were revealed this morning.

From a yoga instructor and trial lawyer, to a model/neuroscientist and grad student, this week’s eligible bachelorettes hoping to win Brad’s heart are (in alphabetical order): 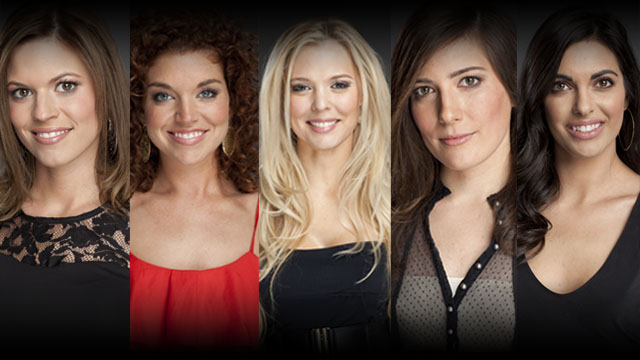 As the drama unfolds this fall, will Britany’s small-town roots and family ties win over Brad? Will Michelle B.’s past as a CFL cheerleader score her a touchdown? Or will Stephanie’s world-travelling, Tina’s impressive career, and Tracy’s psychology masters make it too hard for the bachelor to choose?

Following their national debut on Breakfast Television this morning, bachelorette bios and candid personal videos are now available to fans across the country on BachelorCanada.ca.

Tune in again next Wednesday September 19th for the fourth of five bachelorette reveals leading up to the premiere, October 3rd at 9 p.m. ET/PT on Citytv.