The plot thickens as the bachelorette tally grows to 20. With the first-impression rose looming, the competition intensifies as The Bachelor Canada nears the end of its weekly bachelorette reveals. Only five mystery women remain, as the fourth group of bachelorettes putting it all on the line for bachelor Brad Smith’s love was unveiled this morning.

Hoping to find their fairytale this fall, this week’s eclectic group of bachelorettes – who run the gamut from strip club server to makeup artist – are (in alphabetical order): 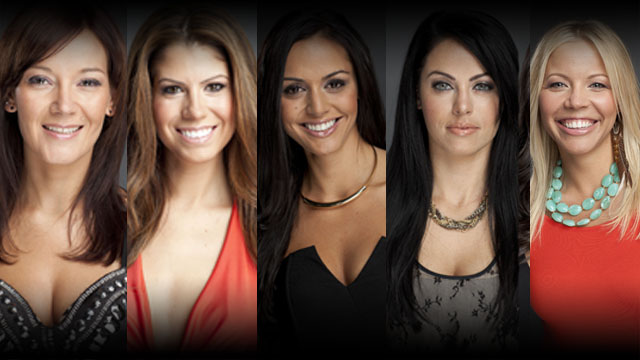 When The Bachelor Canada journey begins this fall, find out if Amber’s biker chick attitude (she drives a Yahama R6 motorcycle), Ana’s musical abilities, or Kara’s love of sports will catch Brad’s eye. Then, after getting to know them at the first cocktail party, will the bachelor fall for Nicole’s nurturing nature or Sandy’s country flair? Watch the romance and relationships unfold as the fourth group of women embark on their Canadian quest for love this October alongside previously announced bachelorettes;

Following their national debut on Breakfast Television this morning, bachelorette bios and candid personal videos are now available to fans across the country on BachelorCanada.ca.

Tune in again next Wednesday, Sept. 26 for the final bachelorette reveal leading up to the October 3 premiere on CityTV.