This is a new series that will give out three awards after Canucks games. “The Ace” is the guy who had a game people will all be talking about the next day. “The Brace”? That’s the underrated star of the night, kind of like an ankle brace. You might not notice it a lot, but man alive does it help out. “The Cross-check to the Face”? That is the worst player or play of the night, the one that you wake up still feeling the next morning. The “ABC’s” of hockey if you will.

With that being said, let’s dive into the Canucks manhandling of the Calgary Flames! 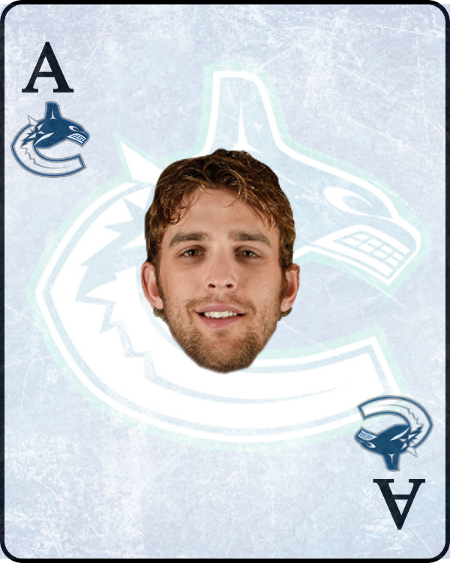 Look, the Sedins powered that first line last night, we all know that. And it’s probably unfair that the logic for not handing out the Ace award to the Twins is “well they’ll win it plenty of times this year.”

It’s just that Sutter joined the team under the dark angry cloud of bad advanced stats. Whoever the Corsi King of the NHL is, Sutter is viewed as his antithesis. He’s the Gollum to the Corsi Frodo, intent upon preventing “intangibles” from being thrown into a burning volcano. That scene where Gollum planned on tricking Frodo into going into the spider nest? That was essentially the moment when Sutter signed his new contract with Vancouver.

And while it was only one game, and while Sutter was playing with two of the greatest Canucks of all time, he had himself a pretty good game. There is something intriguing about watching how this advanced stats battle will unfold. On one side you have a group of people who are very sure that Sutter will drag his linemates down with him. On the other side you have people who think stats aren’t everything and that Sutter will definitely bring something to the team that Bonino couldn’t (aside from hair).

Then you have a bunch of people in the middle wondering what all the yelling is all about.

Regardless, Sutter’s Corsi on the night wasn’t awful by any means (16 for, 18 against at even strength) and he also got a pretty kick ass goal:

He had a great back check:

And he understands the rule of “just give it to a Sedin”:

And to top it off, he’s also humble:

Thankfully tonight was the one. #Canucks pic.twitter.com/G61Xw3VlIK

So again, yes, the Sutter Experiment is far from over, but you have to feel good about a guy with so many eyes on him having himself a great start to his Canucks career. 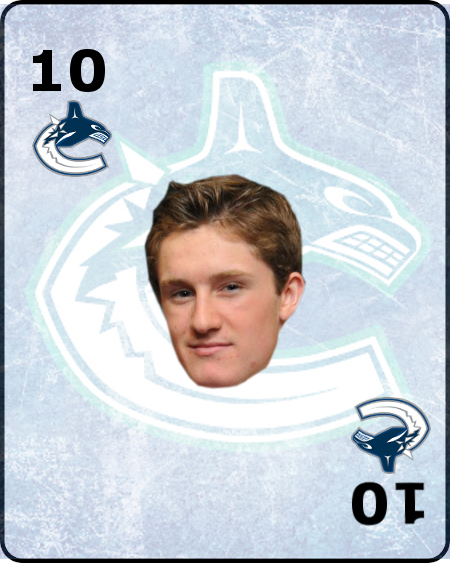 There were honestly a lot of people tonight who could have won this award.

Bartowski has played a very under the radar game since arriving on the team, but his mobility (which allows him to skate the puck out of his zone without having to resort to chipping the puck off the glass) and his outlet pass (which he has used to spring several teammates for breakaways), brings an element that has been missing since Ehrhoff left the team. Heck, mobility alone is something that was really needed on the back end, as we all saw in the playoffs last year.

Ben Hutton showed flashes on the PP of being a very smart and mobile d-man who can create shooting lanes with his quick feet, not to mention his ability to make a solid long pass (something last year’s defensive corps made seem exceedingly difficult).

But tonight the award goes Jared McCann, who didn’t have a very noticeable night, save for one play. On Alex Burrows’ goal, Jared McCann made the entire play happen by back checking from the offensive zone, all the way back to his own blue line. He created a turnover, flipped the puck up to Burrows, then sat back and watched as Alex jedi mind tricked Wideman into scoring on his own net.

McCann skates from offensive zone back to his own zone to cause a Flames turnover. The anti-Hodgson if you will. pic.twitter.com/qj8gqxsFke

(I’m only using my own tweet because it has the gif embedded, for those who get angry at people using their own stuff in articles. Relax. RELAX.)

It’s also a play that would completely confuse and frighten Cody Hodgson. 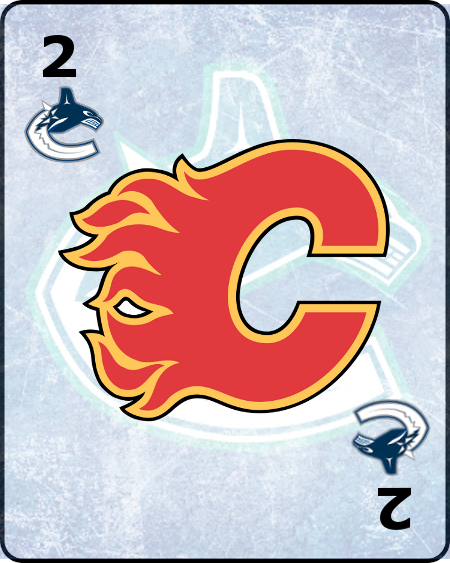 Normally this award would be the self-deprecating part of the article, where we’d point out something a Canuck did wrong and have a good laugh. It’s just, tonight, the Canucks pretty much shut the Flames down.

Yes, Sbisa was on the ice for the lone Flames goal, and yes he was the last Canuck to touch the puck before the Flames took the puck. Yes, we can blame him for his role in that goal.

It’s just, we’re going to have A LOT of time to call Sbisa out over the next few years, and if we’re going to do that, we don’t want to force it. We need to call him out when he truly craps the bed. You never want to feel like you’re forcing it.

“Oh, Sbisa didn’t close the gate quick enough, so Tanev couldn’t get over the boards, and then he had to skate .5 miles faster to get back into the play, and so he was gassed, and that’s why he turned the puck over, GOD THIS IS ALL SBISA’S FAULT.”

Now, that’s not to say Sbisa won’t play awful. And it’s probably a good idea to be super concerned about the adventures he’s going to have with Ben Hutton in their own zone. It’s kind of like sending your kid out on Halloween with your lovable, but drunk and forgetful brother in law. You mostly pray they come back in one piece and didn’t give away too much candy.

But tonight the Flames were far worse than Sbisa. It’s not often an opponent will win this award, but what better way to start off a season than by dumping on the Flames, right? Right.