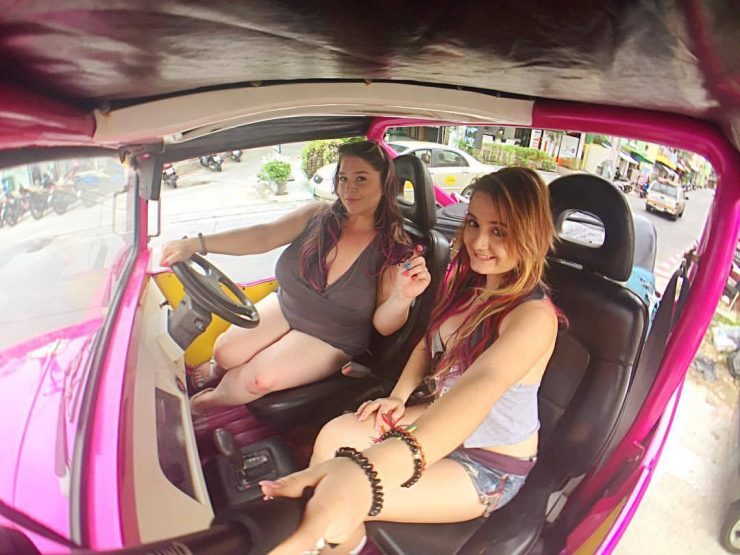 The pair snapped this picture while enjoying their time in Thailand. (Image: Bring Nezi Home / Facebook)

A 21-year-old Vancouver woman has tragically passed away, and her friend – a 25-year-old woman – is in intensive care after the pair were involved in a traffic accident in Phuket, Thailand.

Now, a GoFundMe page has been set up to help with the costs of the the 25-year-old’s intensive care and ultimately, bring her home. The young woman, Nezi Borislavova, is in serious condition with internal bleeding and broken bones, the page says.

In addition, Borislavova “has limited resources through her family, so we are asking for people’s support to bring her home,” it adds.

“Our campaign is to pay the Phuket International Hospital final invoice, and travel expenses for return flights to Canada for the injured and a care giver,”  Patrick Parenteau, the creator of the GoFundMe page elaborates. “Any additional funds will go directly to Nezi for long term care and rehabilitation.”

Borislavova is “alone, traumatized and in pain in a foreign country,” he writes. “We need to rally and bring her back to Canada.”

On Tuesday, Parenteau wrote that a caregiver for Borislavova had arrived and “is at her side.”

“Nezi has just had abdominal surgery to stop internal bleeding and has a portion of her large intestine removed,” he explains. “She is in pain, but doing well.”

Parenteau also noted that the fundraising campaign is going well.