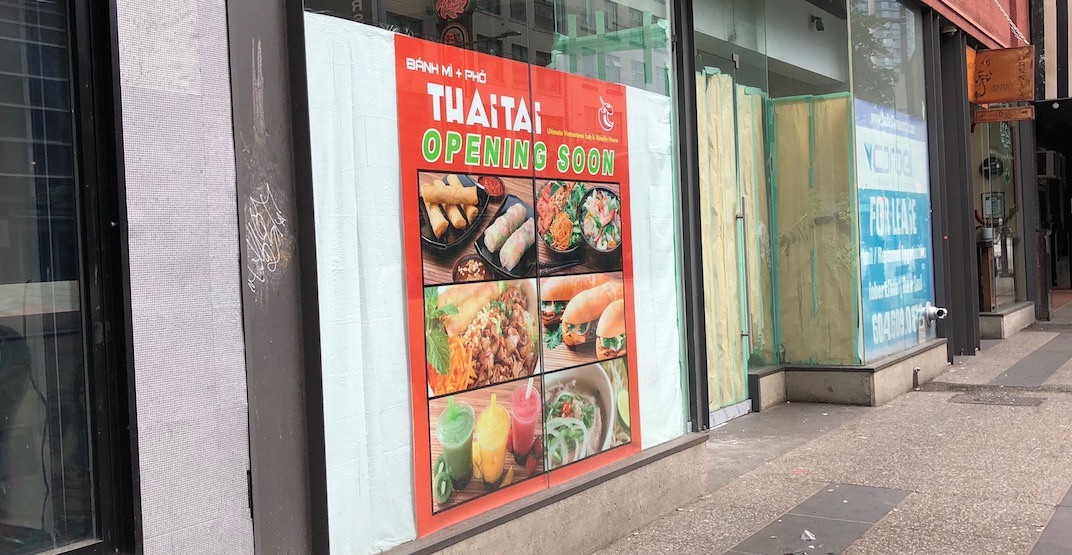 With so many empty units up for lease on the downtown Granville strip, it’s nice to see something bright and colourful ‘coming soon’ to the once lively stretch of the entertainment district.

Thai Tai’s signage is up at 1037 Granville Street, and it’s claiming to be the ‘ultimate Vietnamese sub and noodle house’, which is something we look forward to putting to the test when they open.

Looks like the menu will consist of the classics: subs, vermicelli, spring rolls, salad rolls, and pho.

Daily Hive has reached out to Thai Tai to see when they plan on beginning renovations, their sign has been in the window for several months.

In the meantime, feel free to jump across the street and try the brand new Cacao 70 Sweet House that just opened this past weekend.