The Vancouver Police Department, along with award-winning advertising agency DDB Canada, have created a campaign raising awareness around the dangers of distracted driving.

Texting and driving is clearly a stupid combination, so the campaign illustrates other examples of #stupidcombos to heighten awareness. The public is being encouraged to submit their own ideas on Twitter and Instagram, using the hashtag #stupidcombos. Participants can even include their own drawings, using this postcard. 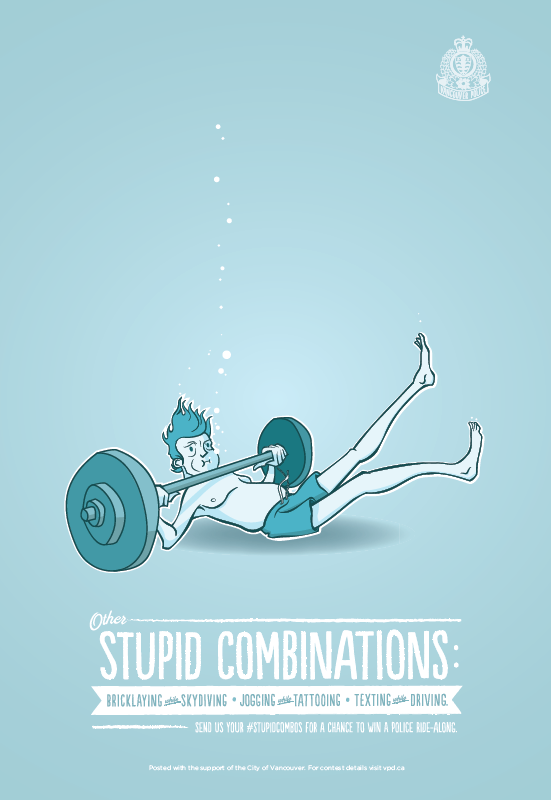 Five finalists will be chosen based on creativity, originality, quality and popularity/likes on social media channels on October 17. The public will be given until October 21 to choose the winner, who will receive a police ride-along or, if the winner is under 16, a visit to the Dog Squad or Mounted Squad. 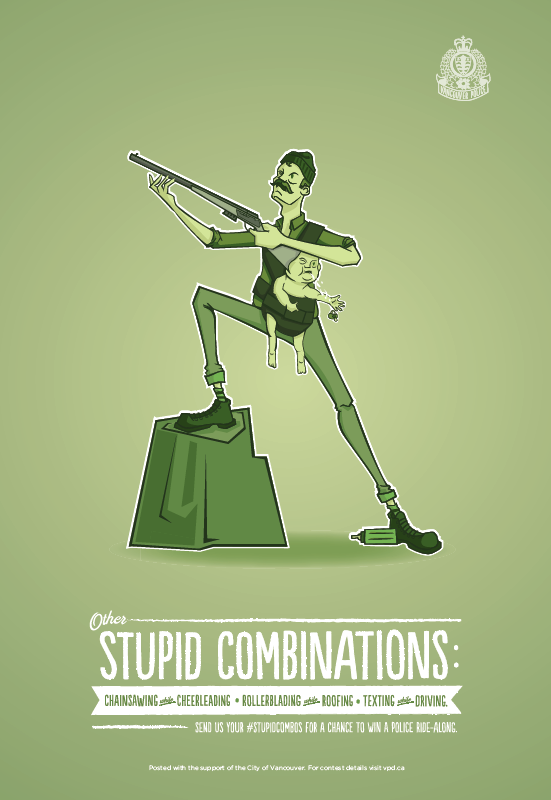 While the campaign may be light-hearted, the message is extremely serious. Brad Gorski was 21 years old and driving home from the gym when he decided to check his phone for a text. In an instant his life changed as he was hit by a semi-truck, spending seven weeks in a coma, seven months in hospital and re-learning how to walk, talk and eat. 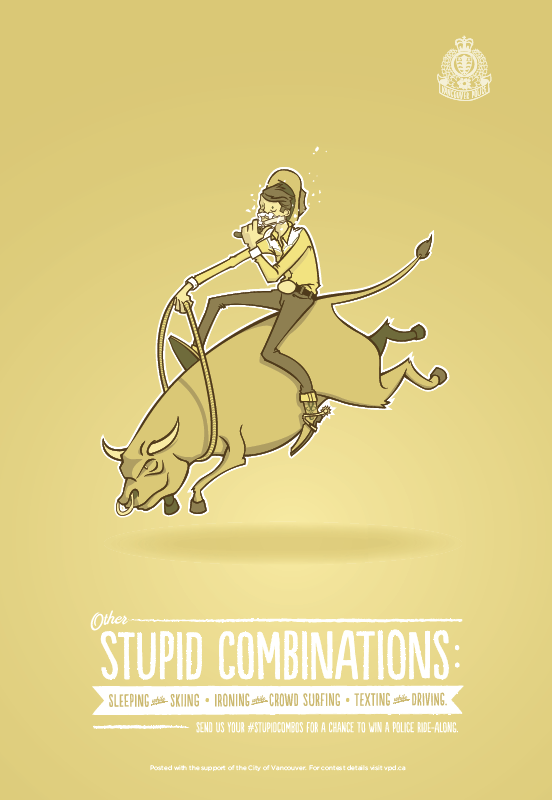 If you hear the term “distracted driving” these days, most people will think of drivers using their cell phones. In fact, there are other things that can just as easily take your attention away from the road. Here is a selection of real life #stupidcombos that VPD officers have encountered: