The bright sparks at Vancouver-based company TetraGear have come up with a novel way to save lives – dynamic, multi-coloured LED safety lights for anyone on wheels.

TetraGear’s new lights are designed to make it easier for people who use wheelchairs, bicycles, strollers, scooters, and bike trailers to be seen at night.

The weatherproof LED lights give 360 degree visibility and can be adjusted to six pre-set flashing modes or flash any colour to suit your mood. 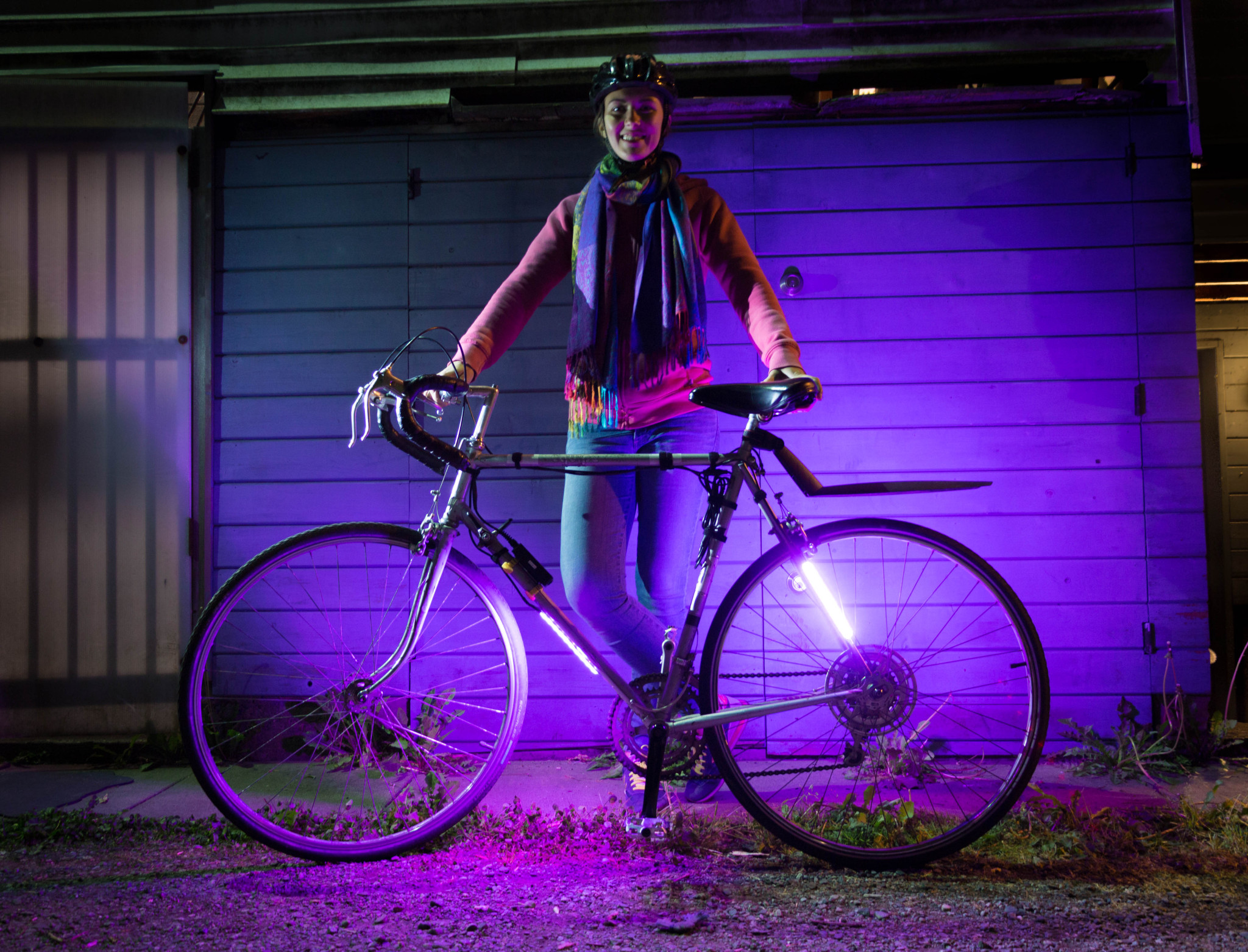 The LED lights can also be mounted on bikes (TetraGear)

The idea for the lights came back in 2008, when Eric Molendyk, an employee of non-profit organization Tetra Society of North America, was tragically hit by a car.

He had been crossing the street in his motorized wheelchair at the time and even though he was wearing reflective gear and had right of way, the driver didn’t see him.

After a long recovery, Molendyk decided there must be a better way.

A few years on and, together with co-founder Radu Postole, he has now tested more than 60 prototypes for the lights around Vancouver.

Making the world a brighter place

In a release, Postole said now they want to bring the lights to the wider public and are even hoping to set up a light assembling facility in Vancouver.

“Like many great inventions, they were made by and for people with disabilities, so that everyone could use them,” said Postole.

“We’re delighted that TetraGear can help make the world a brighter place!” 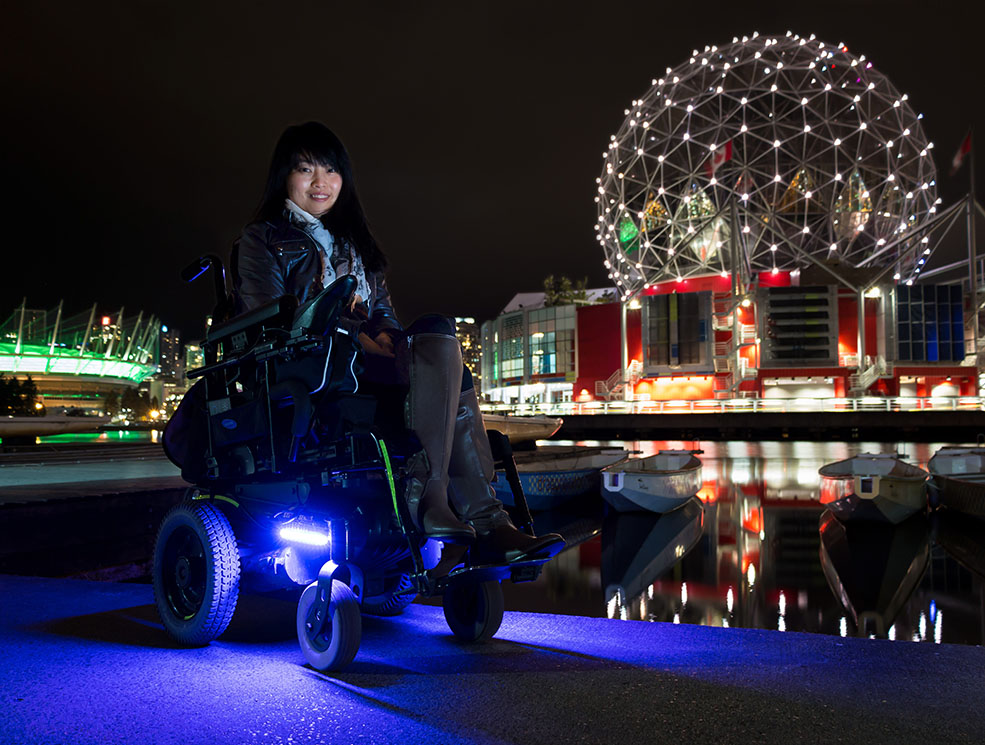 As it prepares to go into production, TetraGear is still looking for backers and has launched a Kickstarter campaign to raise at least $70,000.

The campaign runs until May 25, and promises big discounts on the full LED light system to those who pledge early.

Backers can also pledge a light to give full light systems to Vancouver kids who use wheelchairs, in partnership with Sunny Hill Centre for Children, via BC Children’s Hospital.

If you’re interested in backing the project, you can find more information at kickstarter.com.