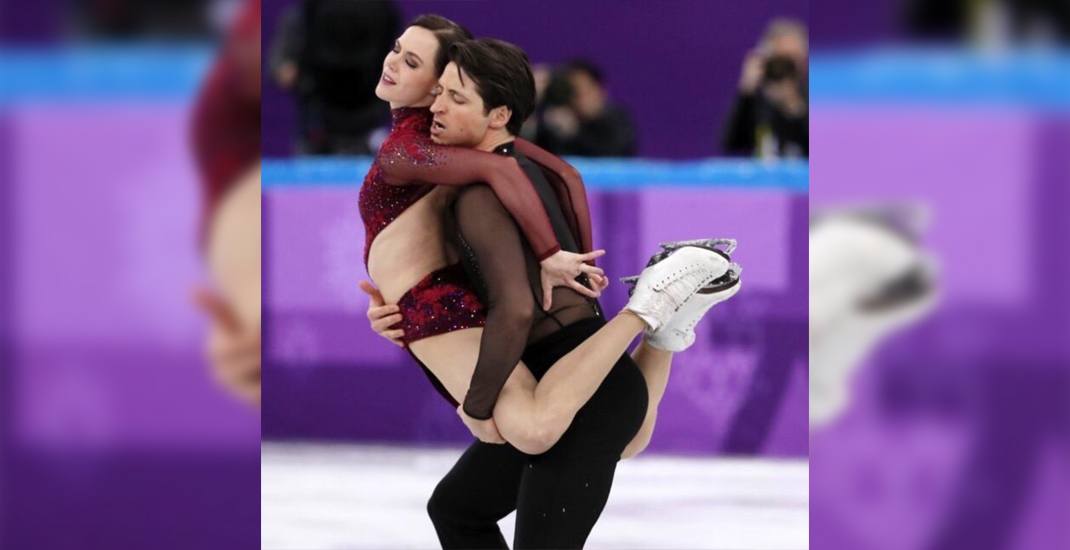 The gold-winning routine at Pyeongchang Olympics over the weekend by Canadian figure skaters Tessa Virtue and Scott Moir is stirring up a lot more than just national pride. In Canada and abroad, amongst figure skating fanatics and casual spectators alike, it seems that the whole world is thirsty AF over the skating pair’s flaming hot chemistry.

‘Cause there’s chemistry and then there’s whatever black magic attraction this is:

While Virtue and Moir reportedly maintain a professional and platonic relationship, their routine in Pyeongchang, set to a cover of “Roxanne” from Moulin Rouge, has spectators in utter disbelief that these two aren’t hooking up.

In figure skating fandom, they’re the equivalent of a will-they-won’t-they fictional relationship that makes it to season 8 and still won’t hook up. So their fans write fan fiction about them and try to convince themselves it’s true!

yeah sex is great and all but have you ever watched tessa virtue and scott moir skate..

Can y’all believe this is the toned down version of this routine? #VirtueMoir pic.twitter.com/Wru44nZc2w

No I’m not kidding Canada- explain yourself. Why haven’t you produced adorable #virtuemoir ice dancing infants? Wyd. Call Celine. Tell Justin to officiate. I want the proposal on ice at this Olympics. Do your job as a nation. #Olympic2018

Bringing this platonic af moment from the Sochi team FD back, before they skate tonight. This was during the warm-up, btw. Not a part of their program. #VirtueMoir #PyeongChang2018 pic.twitter.com/UAcnSWBSNd

I’ve only gone here for about 12 hours, but #VirtueMoir owns me. They are art. pic.twitter.com/b3JmWru33i

The girl in the back is literally the entire world #Virtuemoir pic.twitter.com/zrGgBtUuS1