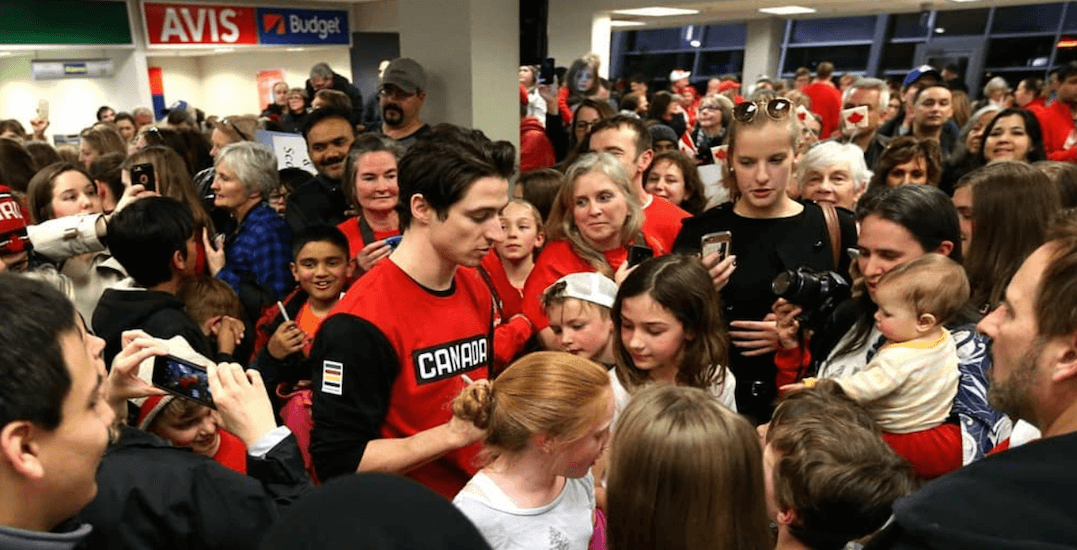 The Pyeongchang Winter Olympics may be over, but Canada’s support for its athletes is stronger than ever.

On Monday evening, Canadian Olympic sweethearts Tessa Virtue and Scott Moir arrived in London, ON., where they were greeted by an enthusiastic hometown crowd following their record-breaking performance in South Korea.

Fans decked out in patriotic Olympic gear could be seen holding homemade signs and waving flags as they greeted the pair with a spontaneous rendition of O Canada.

In true Moir and Virtue fashion, the pair was beyond gracious and stopped to pose for photos, sign autographs and chat with fans, despite just travelling well over 10 hours from South Korea.

The figure skating duo received two first-place wins in ice dancing and team figure skating in Pyeongchang bringing their total Olympic medal count to five, making them the most decorated figure skaters in the history of the games.

If you weren’t able to catch a glimpse of the pair at the London Airport, here’s what you missed.