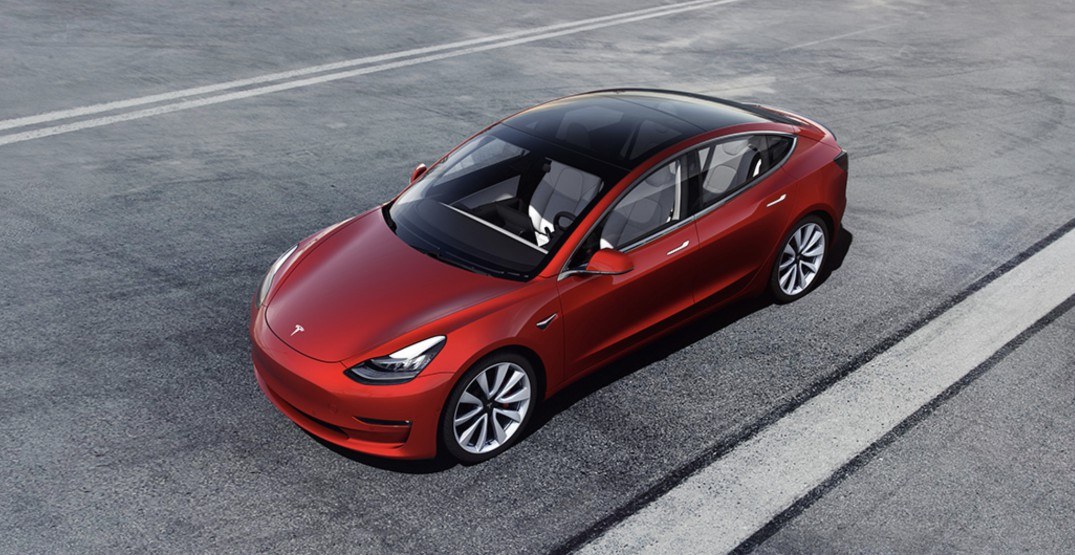 Tesla has unveiled the base price of its Model 3 in Canada and it’s much lower than expected.

Earlier this week, Tesla announced that the Model 3 (standard interior) will be available in Canada for $47,600 (before incentives). This is significantly cheaper than the previous Model 3 price of $58,800, which Elon Musk announced last October.

Earlier this week, Tesla announced the US Model 3 would be selling $35,000 USD.

“Although lower in cost, it is built to achieve the same perfect 5-star safety rating as the longer-ranged version, which has the lowest probability of injury of any car ever tested by the U.S. Government,” said Tesla, in a release.

Here’s the price breakdown for all Model 3 models in Canada without Tesla’s estimated gas savings included:

Both Model 3 Standard and Standard Plus are available at Tesla.com.