According to the B.C. Place twitter account the new Terry Fox Memorial will be unveiled tomorrow morning at 10 am. The past few days they have been installing the new monument. The new memorial is far better than the previous tribute to Terry Fox. That one always made me want to order Chinese takeout. Created by the great Douglas Coupland is a more fitting tribute.

It will consist of 4 Bronze Statues of Terry Fox facing west and will have  a huge screen behind. The screen is quite prominent when heading east on Robson Street. 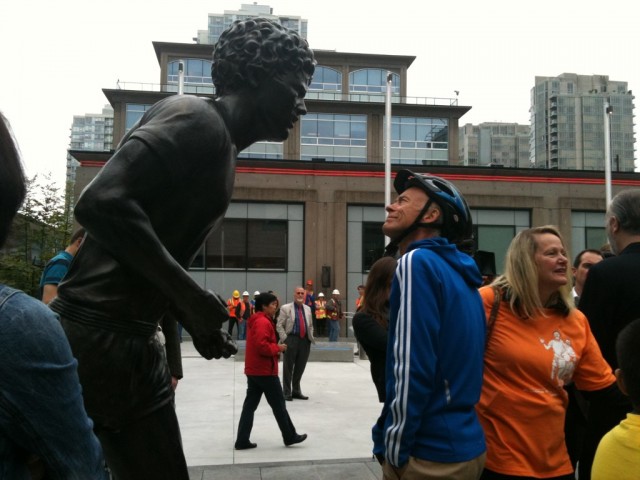 Once complete the Terry Fox memorial will look like this: 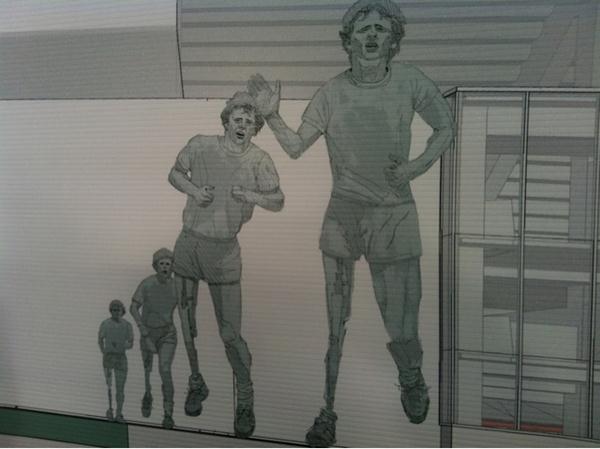 Also I found this neat video of them testing the lights at B.C. Place. Consider it a bonus: