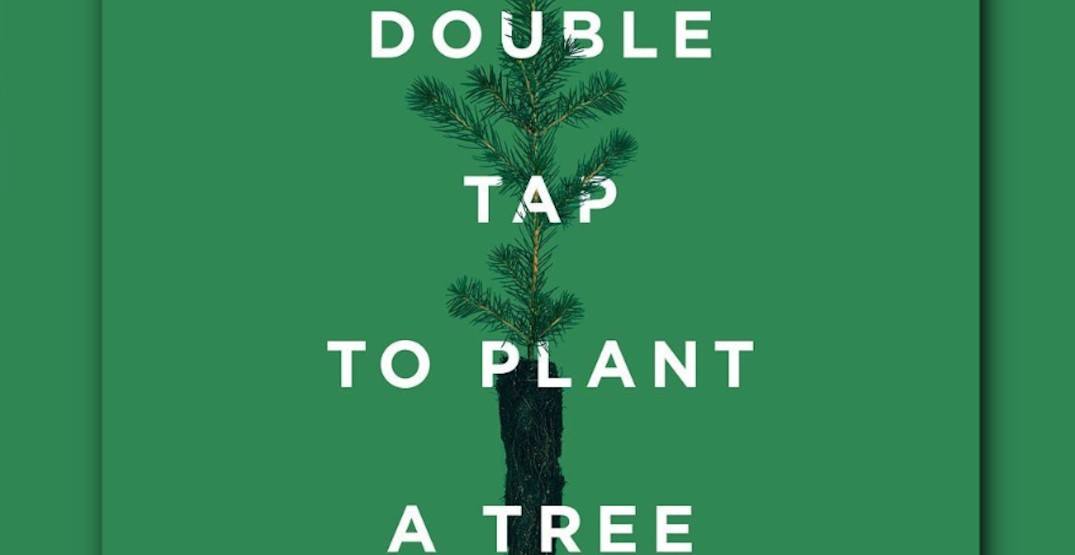 A Vancouver-based company’s Earth Day photo is becoming one of the most liked pictures of all time on Instagram, thanks to its goal to make the world a greener place.

tentree is a sustainable clothing company that plants 10 trees around the world for every item purchased. On April 22, the company decided to use social media to amplify its tree-planting mission.  The “Double Tap to Plant a Tree” photo was posted on Instagram, Facebook, and Twitter with one simple goal.

Every 10 likes on the photo would result in the company planting one tree at dedicated planting sites in West Papua, Indonesia. tentree aimed to get 5 million likes in order to plant 500,000 trees by April 26.

Little did the company know, the post with a picture of a tiny tree would turn into an environmental movement on Instagram. Within 24 hours of posting, the photo had already received enough likes to achieve its 500,000 tree goal.

By April 25, the picture had received over 14,340,000 likes. As a result of the overwhelming response, tentree updated its goal and now says it will plant 1 million trees if the post gets 20 million likes.

“The world is really culturally resonating with the idea and people are kind of going crazy about it and it has shown us the importance of what we are doing,” tentree cofounder Arthur Kononuk told Daily Hive.

“We’re taking this as an opportunity to look at it as the world’s most sustainable post or image that has ever been made and is now a part of history.”

“If you ask me, my goal was to smash that record of the egg post,” joked Kononuk.

He says tentree’s photo is an example of how to create an environmental movement using social media.

“It’s giving people an easier way to do some good in a simple way.”

It’s really interesting because our company was started by those people who were those tech-savvy Instagrammers just over six years ago. So I think we are the first wave of that movement. It’s paving the way for this to become an acceptable or social norm when it comes to business practice and it’s inspiring a young generation to see that brands can do things for good.”

With just one day to go to break tentree’s 20 million-like goal, the company hopes people will continue to double-tap the photo in order to support its efforts to make the world a greener place to live.