The month of June is upon us. It’s okay, we can now officially put on flip-flops and forget that winter ever happened. That being said, our small screens will start to miss us so it’s important we show them a little love by giving into our Netflix urges.

Last month was chock full of fabulous streaming content like the second season of 13 Reasons Why and the disturbing film Mother!, which still makes no sense.

However, June seems to have a bit more pizzazz with a couple of award-winning films, and a Star Wars movie that EVERYONE thoroughly enjoyed!

There is a lot of couch lock content to be had, so check out our entire list of what’s coming to Netflix Canada this June.

Below are ten standouts that should keep you entertained until we do the same remote control clicking next month.

James Franco directs and stars in a true story about the making of one of the best-worst films ever made, The Room. Franco is brilliant as Tommy Wiseau who teams up with his actor pal Greg Sestero (Dave Franco) as they work on a movie that went on to receive legendary cult status.

In case you didn’t see one of the best films of 2016, now’s your chance to check out Joel and Ethan Coen’s comedic ode to the Golden Age of movies.

The story takes place in 1951 during one eventful day in Hollywood where a studio executive (Josh Brolin) must find their biggest movie star before the tabloids do.

Even if you’ve seen Greta Gerwig’s Academy Award-nominated film, it’s perfectly fine to watch it again. This bittersweet film is about an entitled high school girl’s (Saoirse Ronan) desire to leave her middle-class Sacramento home to study out east.

Both Ronan and Laurie Metcalf give outstanding performances and showcase the subtle nuances of a mother-daughter bond we rarely see on film.

One of the most entertaining Marvel films in the entire MCU is now at your disposal. Chris Hemsworth brings both charm and humour to the role of Thor who finds himself fighting in an arena, meeting a Grandmaster, and clashing with the Goddess of Death. It’s an action-packed film with some great touches of humour courtesy of director Taika Waititi (Hunt for the Wilderpeople).

If you are familiar with indie auteur Alex Ross Perry’s previous work like Golden Exits and Queen of Earth than you’re probably looking forward to seeing what his screenplay for Nostalgia will look like on the small screen.

This is one of those “we are all connected” dramas and plays on the elusive nature of memory. It also boasts a solid cast including Jon Hamm and Catherine Keener. 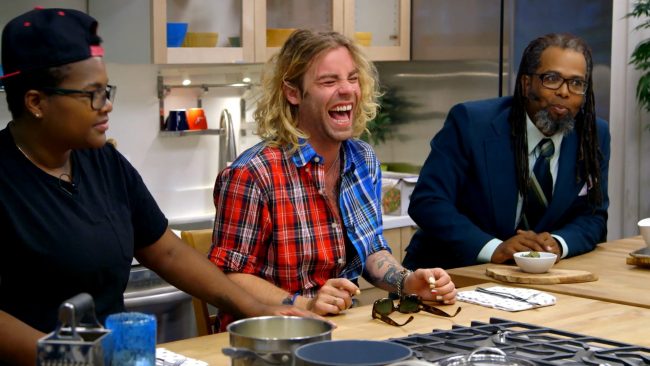 There is a lot to like about the Marvel Universe on Netflix and that does include Luke Cage. Season two is about to drop with Mike Colter returning as Harlem’s unbreakable hero, facing an evil foe with similar abilities – and fewer reservations about using them.

While Star Wars nerds debate director Rian Johnson’s vision, now you have the chance to review Star Wars: The Last Jedi for yourself and let the hate flow through you.

The film might lose a little lustre on the television screen but watching it on a smaller scale will force you to pay more attention to the character development and moral complexity simmering underneath the big set pieces.

The Gorgeous Ladies of Wrestling return for another round of empowering body slams and dangerous levels of hairspray. All of the good stuff from season one returns including Alison Brie’s ridiculous Russian accent as Zoya The Destroya or Betty Gilpin’s stellar performance as Liberty Belle.