For the first time in the five years that PCMag has been ranking mobile network speeds, Telus has finally come out in front, beating out Bell and Rogers for the top spot in the speed test, according to PCMag’s Fastest Mobile Network Canada 2017 ranking.

Quite the feat, given that Telus sits behind Bell and Rogers as the third largest communication company in Canada, even if Telus had been giving Bell a run for their money in recent years. 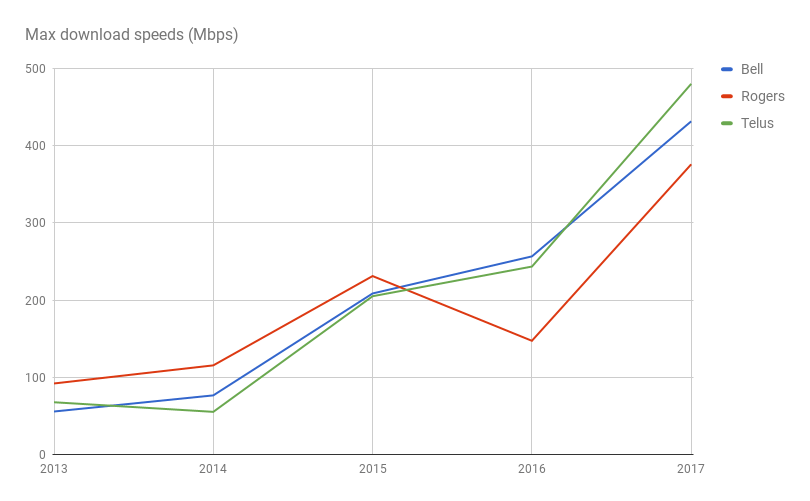 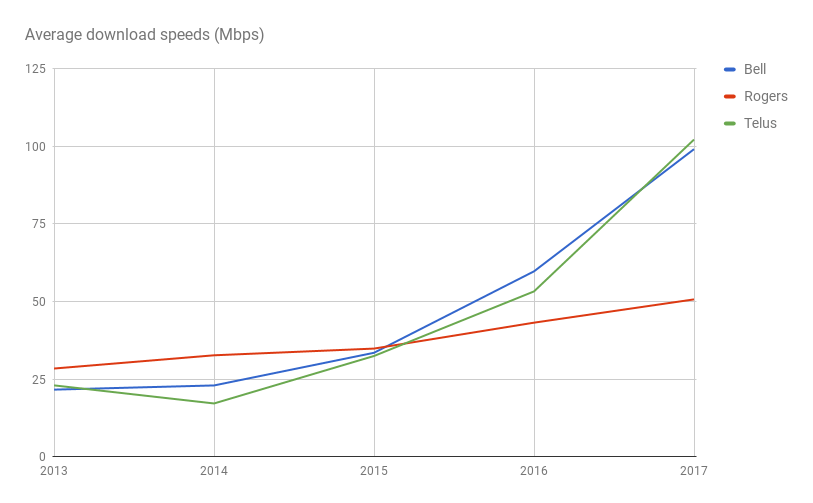 That’s not to say it was a complete blowout, however, as all three top networks were relatively equal for downloads above 5 Mbps (at 98%), Uploads over 2 Mbps (97% for Rogers and Telus, 96% for Bell), and maximum upload speed, where Telus actually came last—though at only 0.89 Mbps slower than Bell, with Rogers falling in between.

The rankings are based on a coast-to-coast test, the first time that PCMag has covered all ten provinces for one complete speed test of Bell, Rogers, Telus, Eastlink, Freedom, MTS, and Videotron.

The tests were done by loading software onto Samsung Galaxy S8 phones, then running all phones simultaneously to test for upload and download speeds. The tests were done at upwards of 20 different locations throughout various Canadian cities, as well as at smaller cities and towns across the country.

Bell came out as the winner in Calgary, but Telus took first place in Vancouver, Montreal, and Toronto.