I know most of you looked at the headline and thought you might have missed some sort of important announcement. You didn’t, it’s just us simply speculating that Telus will ultimately get the naming rights to the new stadium as it’s been long rumoured to be the case. If not, whatever. Last night was the largest of the LED lights testing (see our previous photos here). This sweet pick above was posted on the BC Place twitter account.

There is also a large screen being installed in front of what will be the new Terry Fox Memorial. 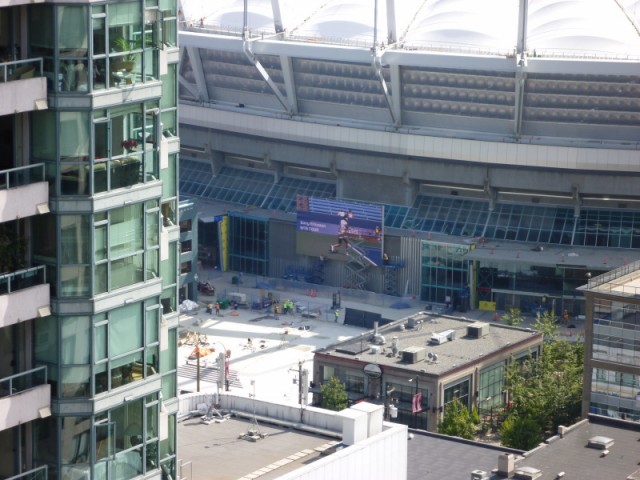