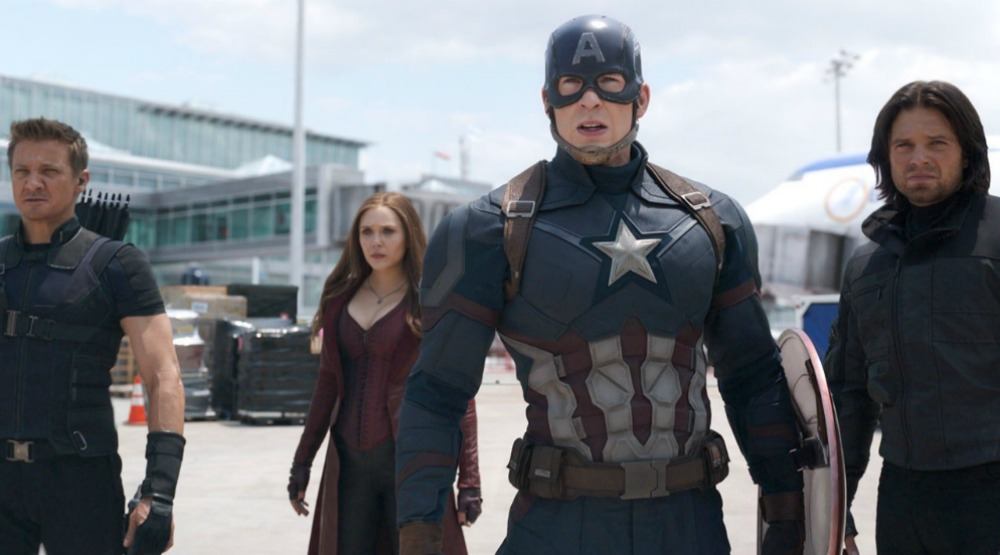 The long weekend is finally here and that means it’s time to snuggle up on your couch to catch up on all your favourite shows.

Check out TELUS Optik TV to watch your favourite stuff with your friends, family, or significant other – just grab some popcorn and get ready to chill.

From blockbuster movies to binge-worthy TV series, we’ve compiled a list of three favourites to help you chill and veg out throughout the Labour Day weekend and beyond.

If you’re a big Marvel fan then you’ll be thrilled to know that this weekend you can get one of the biggest blockbusters of the year, Captain America: Civil War, weeks before it’s available to rent or get on Blu-ray.

After an incident involving the Avengers results in collateral damage, the Avengers disagree on what course to take. The group is split – one side led by Captain America and the other led by Iron Man (which includes the introduction of Marvel’s newest Spiderman). With Own on Optik, TELUS customers can be the first in Western Canada to get in on the Avengers action before their friends do. It’s available to buy On Demand so you can watch it as many times as you’d like – find it on Optik TV on channel 405.

The highly anticipated second season of the critically acclaimed Netflix drama is back with ten new episodes. The show provides a glimpse inside the infamous Medellin drug cartel and into the life of the notorious drug lord Pablo Escobar as DEA agent Steve Murphy joins the war on drugs and takes on “The King of Cocaine”.

The Netflix horror sci-fi series Stranger Things has officially been granted a season two, and if you haven’t seen season one yet, this weekend is the perfect opportunity. The series tells the story about a young boy who goes missing and a telekinetic girl who helps his friends in their search. Meanwhile, the boy’s older brother, mother, and the town police chief start looking themselves – uncovering the unexpected. Stranger Things has become an instant cult classic so make sure you don’t miss out.

TELUS’ Own on Optik allows Optik TV customers to own and watch select blockbuster movies weeks before they’re available to rent or for Blu-ray purchase. For $25 (or less), TELUS customers can get the most popular movies before any of their friends…bragging rights, anyone? Stay tuned for upcoming megahits like X-Men: Apocalypse, Legend of Tarzan, Ghostbusters, Jason Bourne and Finding Dory.

With Own on Optik, you can build a digital library of your favourite movies and watch them as many times as you want on Optik TV, from the comfort of your own home. For more information, visit telus.com/ondemand.