A new architectural gem brimming with the latest technological and environmental design advances officially opened in the downtown Vancouver core on Thursday to media and a crowd of the city’s business and government leaders.

TELUS Garden’s 22-storey, 450,000-square-foot office tower at the northeast corner of West Georgia and Seymour streets is an expansion of the telecommunications giant’s headquarters office space on the city block. The project was designed by Henriquez Partners Architects and developed by Westbank Projects Corporation.

There are 1,000 TELUS employees in the new space as well as a number of significant, high-profile tenants including Amazon Canada, Accenture, Capstone Mining and law firm Bull Houser & Tupper. 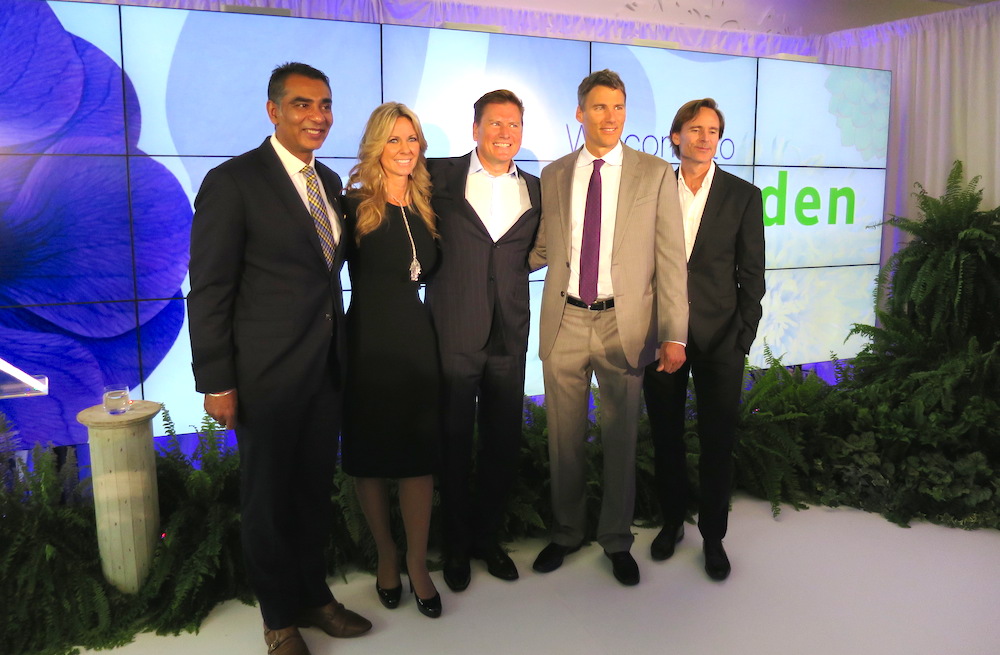 The building’s environmental footprint has been a priority for proponents, to the extent that a number of green design features have earned TELUS Garden the title of being Vancouver’s first LEED Platinum certified office tower and the distinction of submitting the highest LEED score card ever to the Canada Green Building Council.

An impressive district energy system captures and transfers heat from the company’s massive data centre on Seymour Street into the complex’s new office and residential towers. It will reduce carbon dioxide emissions by one million kilograms annually, which is equivalent to planting 25,000 trees per year.

On the rooftop, approximately 300 solar panels will generate approximately 65,000 kilowatt hours of electricity per year, reducing the building’s reliance on drawing power from the grid.

A high efficiency motion sensor lighting system goes an even step further to reduce the building’s energy consumption. This is in addition to a fully integrated and smart building program that controls all systems, including lighting, cooling, heating, fire alarms and security to optimize the building’s performance. This advanced building system also draws in fresh air instead of using recycled air.

And a rainwater capture system collects and stores water accumulated on the building for the building’s vegetation and garden watering needs.

But this development is much more than just about setting new green building design standards. During Thursday’s media event, Darren Entwistle highlighted the importance of TELUS Garden being a hub for innovation, business and social activity in the city core.

“TELUS Garden is designed to merge the outdoors with the indoors,” said Entwistle. “We are creating a destination for visitors to our city and inviting our team, tenants and customers to live, work and play in a vibrant ecosystem that promotes the environment and workforce productivity.”

Public art, amenities and spaces are major components to the project, unrivalled to any other commercial project in the downtown peninsula’s history.

A large public space with a wood and glass covered canopy, inspired by Emily Carr’s “Cathedral” painting, spans the office tower’s West Georgia frontage and even reaches through the office tower lobby with an indoor koi pond and custom-made Fazioli piano. The plaza has seating, free Wi-Fi and opens the opportunity for performances and events.

There are two protruding, cantilevering office spaces above the city sidewalks and road lanes on Seymour and Richards streets near West Georgia to provide tenants with unique office, meeting and rooftop space. LED screens cover the ‘bottom’ of these structures to provide a ‘ceiling light and animation show’ for those walking under the protruding boxes.

The laneway that runs through the city block, from West Georgia to Robson, will be fully pedestrianized with retail and restaurants to keep the area vibrant and full of activity. It will become a space similar to the famous pedestrianized laneways of Melbourne, Australia. A unique lantern installation by artist Martin Boyce will further animate the laneway and make it more inviting.

Some of the complex’s retail and restaurant spaces are already open. Glowbal recently opened its new flagship Glowbal restaurant at the northwest corner of the office tower, with 17,000 square feet of indoor space and a 150 seat patio. The chain has also opened Nosh, a grab-and-go cafe offering a healthy selection of pastries, sandwiches, custom-made salads, beverages and snacks.

“We are thrilled to see this block transform into an extraordinary world-class space,” said Vancouver Mayor Gregor Robertson. “When we have projects like this come forward, that tick every box… that combine all the elements of sustainability, social, economic and environmental in one package, and elevate that with arts, culture, philanthropy, and public space, it’s hard to say no.”

The entire TELUS Garden project will cost $750 million, which includes the 53-storey residential tower being built on the city block’s southeast corner at the intersection of Robson and Richards streets. The residential tower, largely occupied by TELUS employees, and pedestrianized laneway will be completed sometime next year. 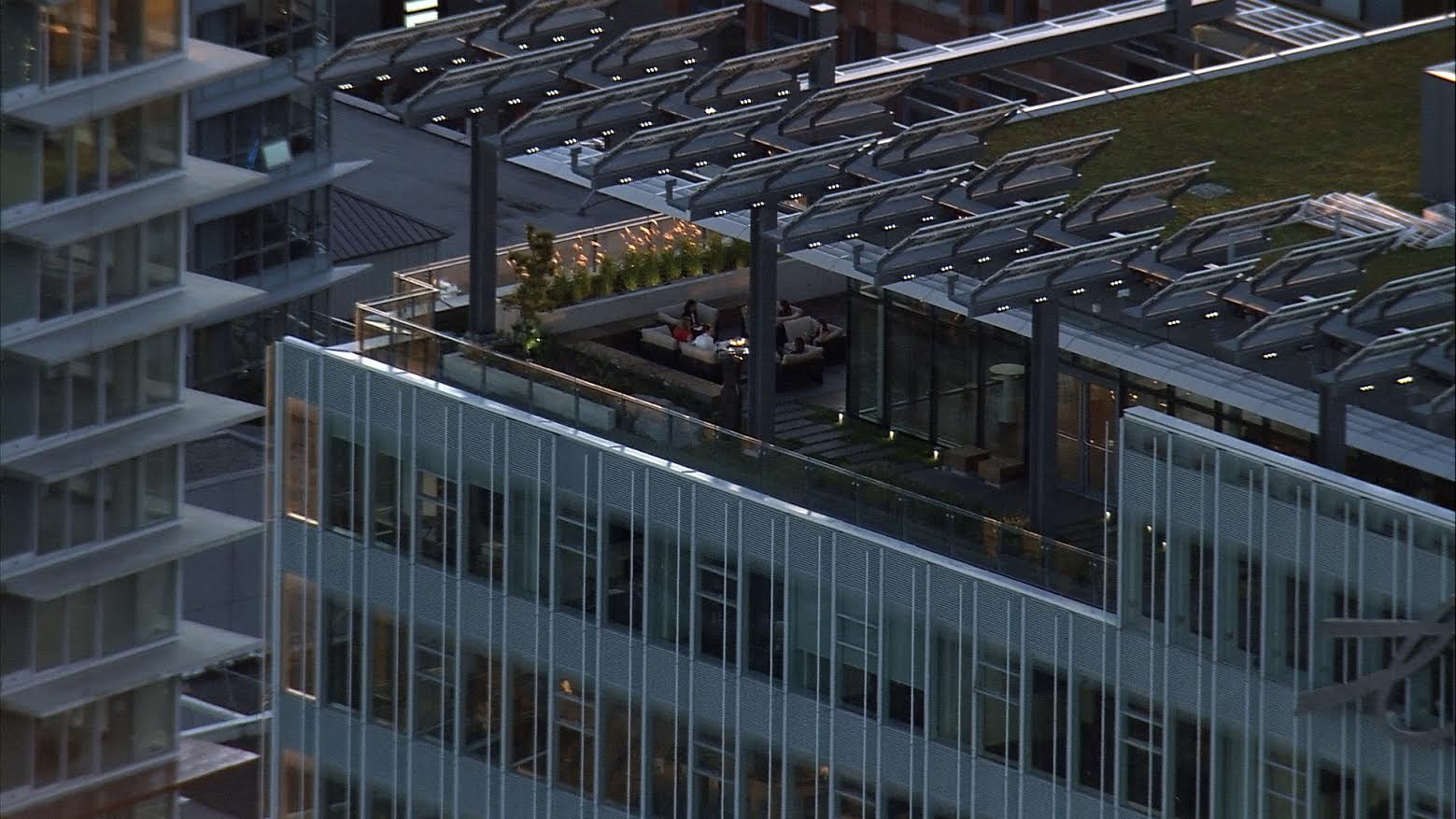 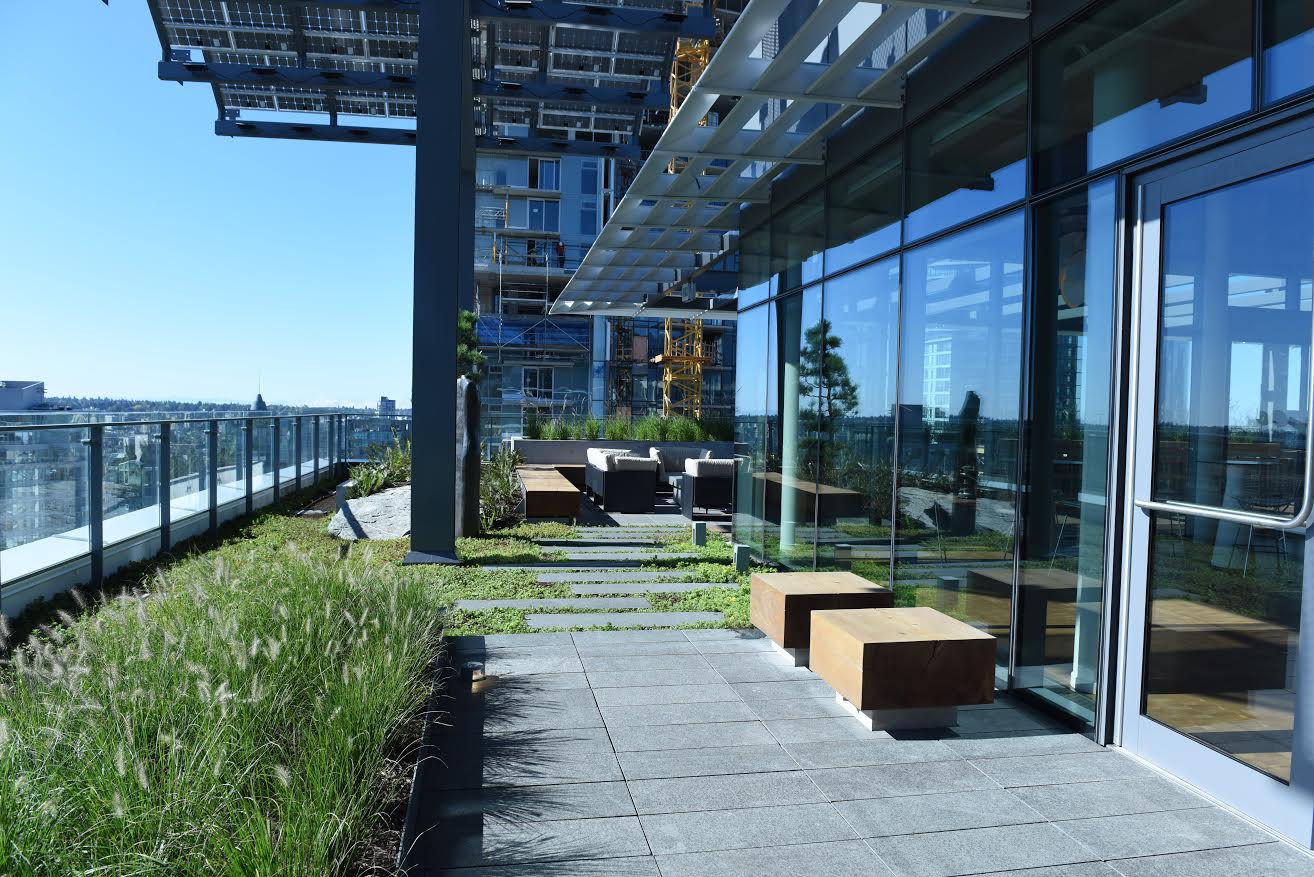 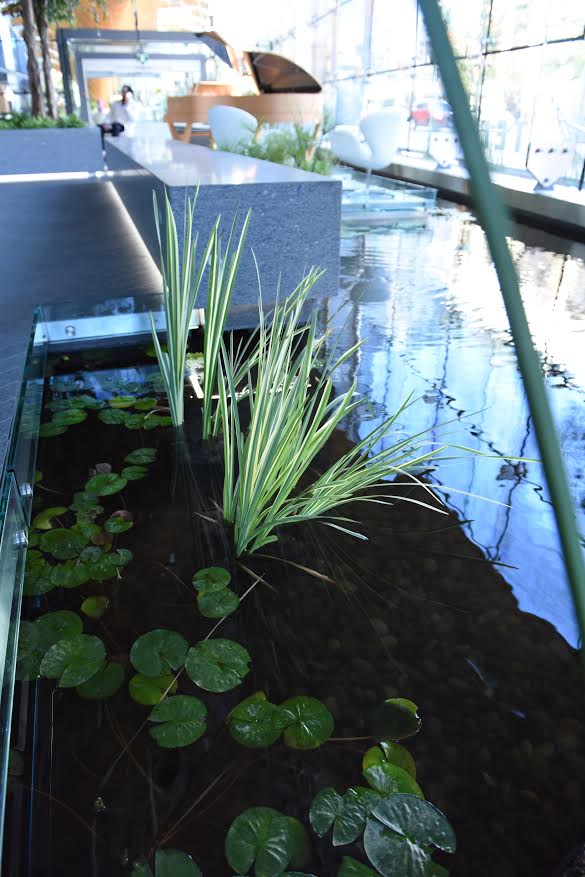 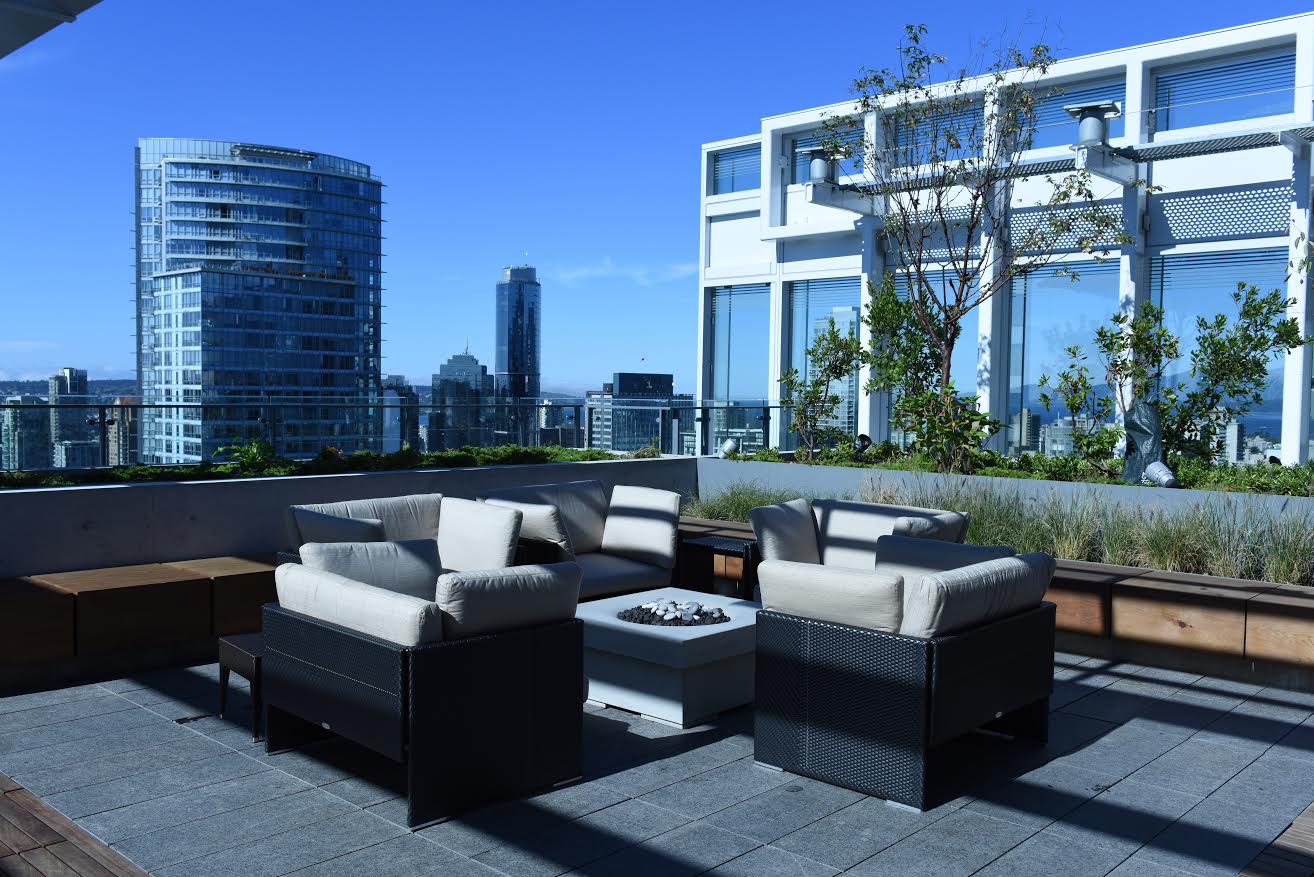 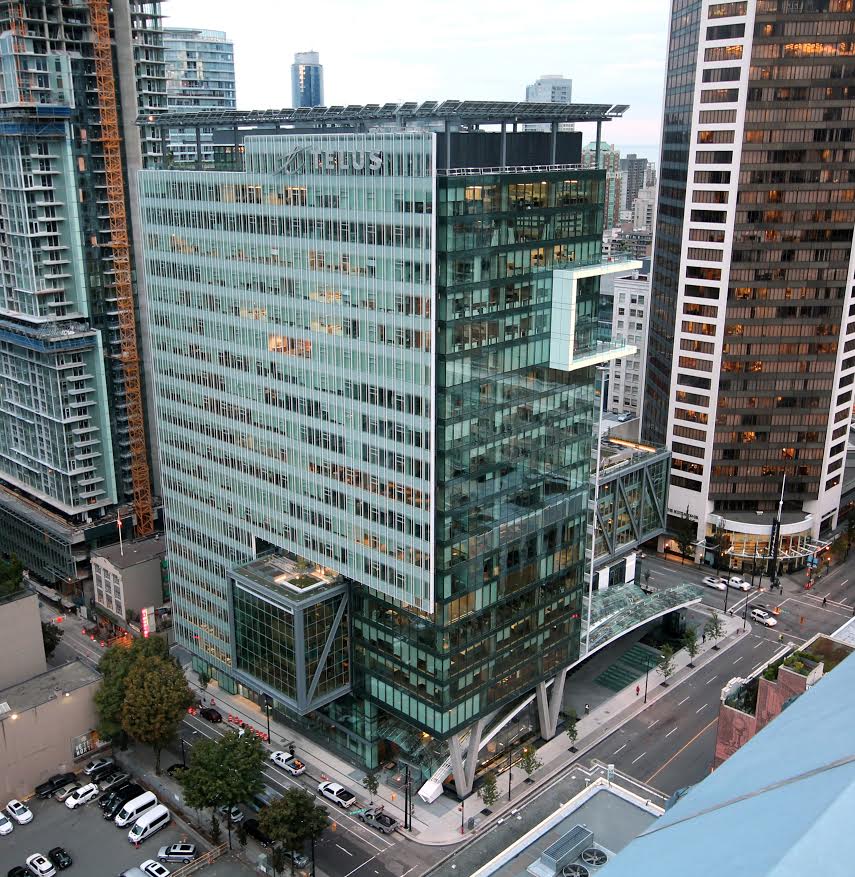 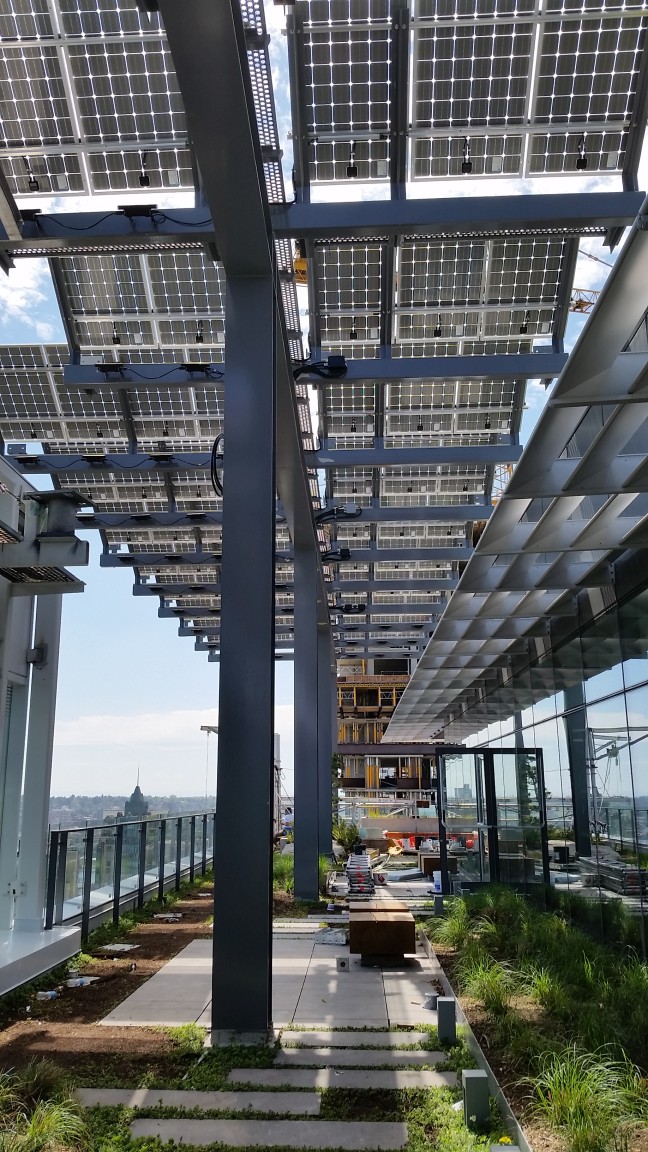 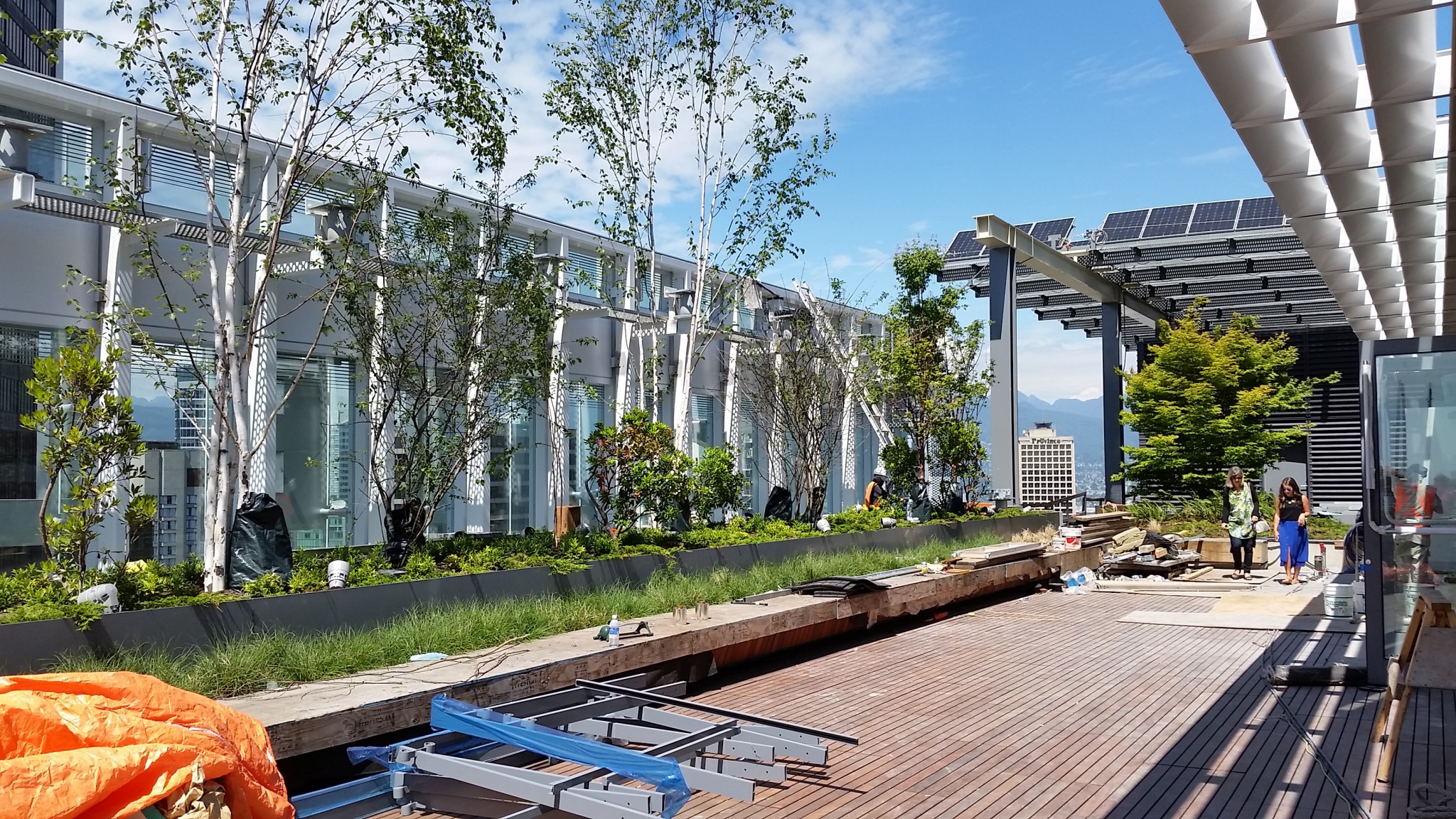 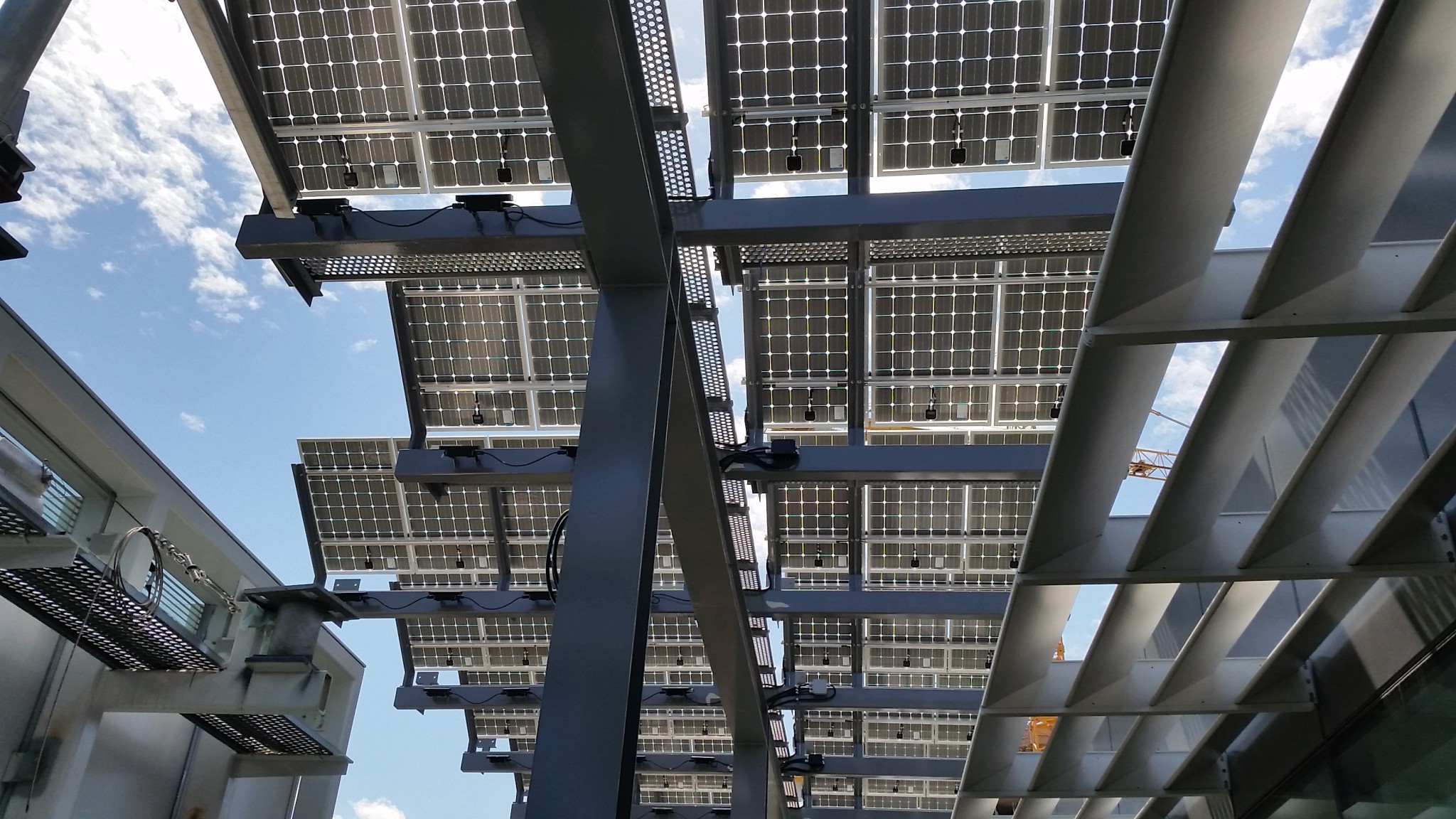