The office tower of the $750-million TELUS Garden city block development project could include a three-storey tall projection screen within the building’s upper levels.

Westbank Corporation and Henriquez Partners Architects have submitted a sign bylaw amendment application for a 8-metre x 11-metre (96 square metres) sign between the 16th and 18th floors of the building that faces Seymour Street towards other office buildings.

Unlike the bright LED signs at B.C. Place, Canada Place and the intersection of Granville and Robson streets, the proposed TELUS Garden sign will be lit by a series of rear projectors and a retractable mesh projection screen behind the building’s west sky garden glass facade. It will only be viewable during low light conditions and will not feature any audio.

The building’s operation system will automatically retract the screen and activate projectors after dusk, which is approximately 6 p.m. during the winter and about 10 p.m. in the summer.

Proponents of the sign say the screen is meant to create an outdoor exhibition space for artists and the community to show case their work. Seventy-five per cent of the air time will be used for public content and art while the remaining 25 per cent will be used for TELUS and building tenant advertising. No third party advertising is planned.

In addition to providing a new public art opportunity, the application states that the
media facade” could help animate the urban landscape during the dark, grey winter nights.

In recent years, outdoor LED screens at B.C. Place have drawn the ire of some downtown Vancouver residents who claim their lives were being “disrupted” by noise and pollution. This includes last year’s lone complaint by a resident who took issue of the free live TED Conference screenings on the LED screen at B.C. Place’s Terry Fox Plaza.

However, at the end of the day, light and noise are integral aspects of the lifestyle within any major metropolitan area’s downtown core – the entertainment zone and the main business district.

TELUS Garden’s office tower will be completed this spring and the 47-storey residential tower on Richards and Robson streets will open for occupation in 2016. One of its most unique public realm features is the plan to turn the city block alleyway into a vibrant pedestrianized space with art and retail.


Photo of one of the projectors and the projection being tested at TELUS Garden. 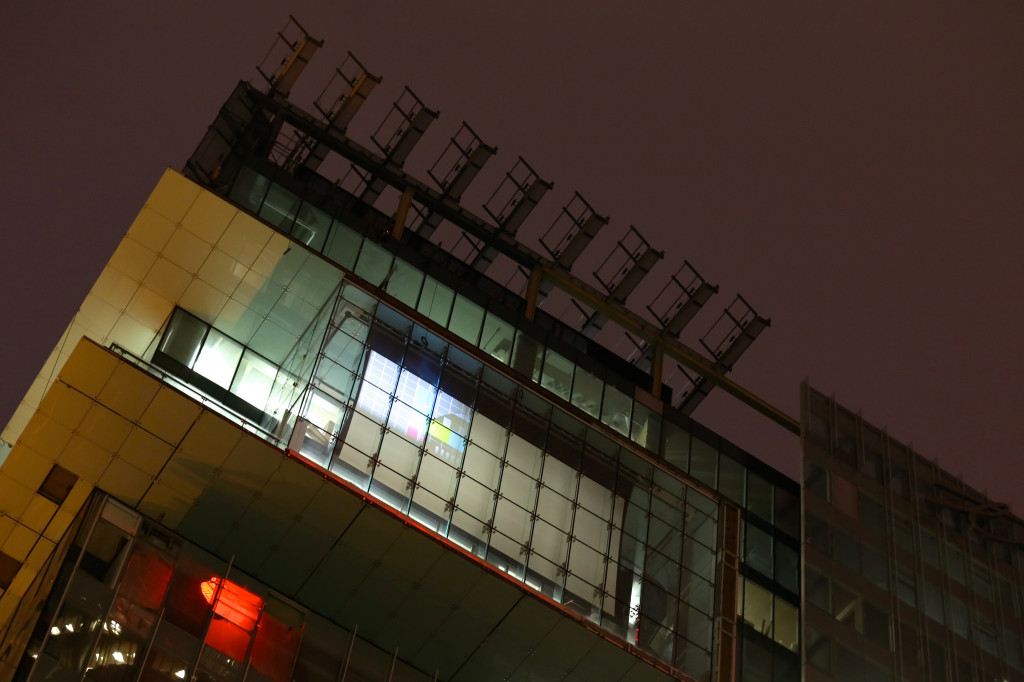 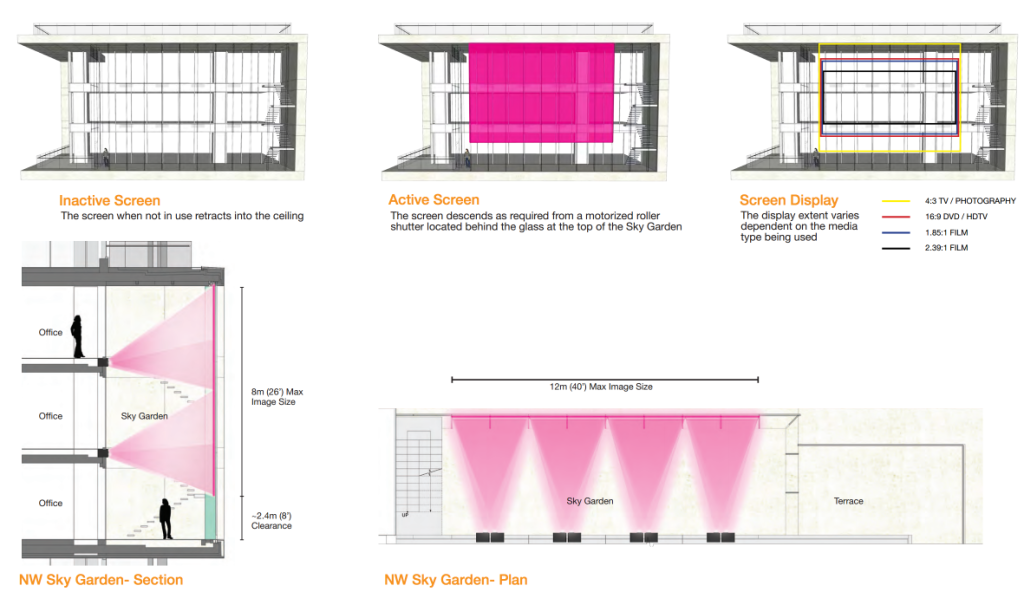 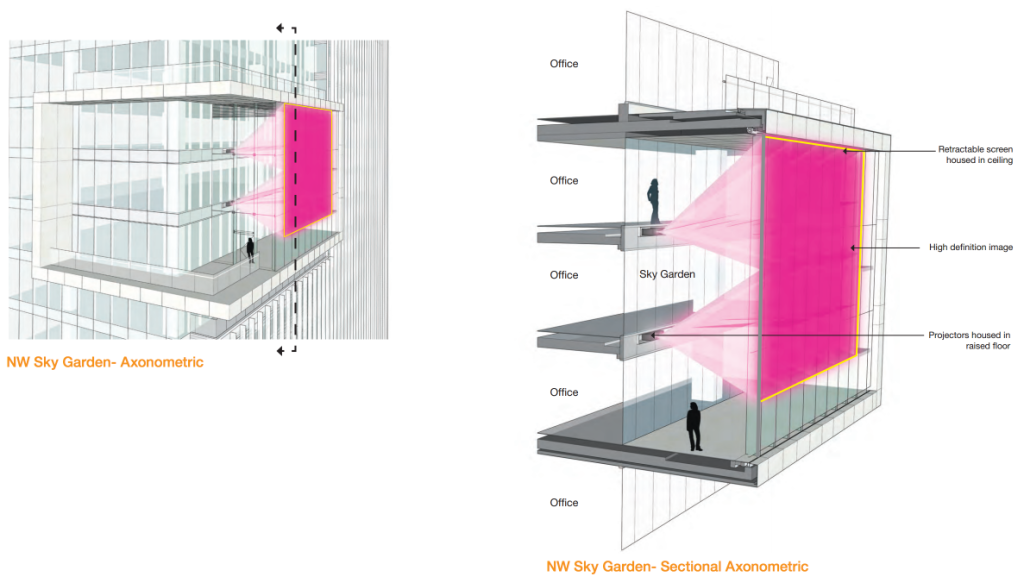 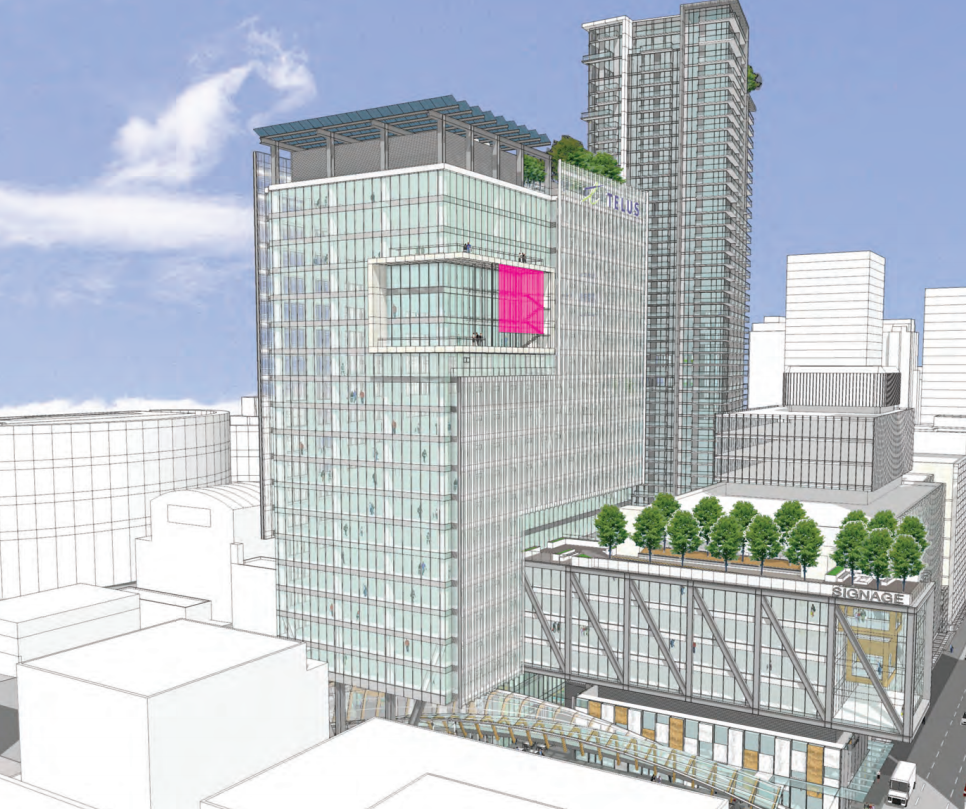