“Our’s is an investment that will be felt for generations to come with speeds of 150mb per second or more. Internet speeds that will drastically change how our society learns, teaches and communicates with each other. This is just the beginning,” TELUS CEO  Darren Entwistle said to a packed ballroom at the Fairmont Pacific Rim hotel.

Currently, less than 10 per cent of North Americans have access to a fibre optic network.

“We are making a generational investment and transforming our city into one of Canada’s most urban gigabyte societies.”

Fibre optic networks have virturally unlimited wireless capacities. One fibre optic cable the size of a pencil and made out of glass has the ability to carry an entire world’s amount of internet traffic. They are also not susceptible to damages from weather or storms, increasing their reliability and endurance.

The new network will provide obviously faster and more reliable networks for families at home, allowing them to share photos and videos more than ever and transform their residences into smart homes. As well, businesses large and small can expect increased productivity and a new realm of digitization.

As such, it will also grow unprecedented education opportunities which will enable students to do things like take virtual museum tours around the world, take online courses, study specialized subjects like music and art virtually from other schools, or watch things like surgeries in real time online.

“Just imagine the sparks we will create in the minds of future generations,” Entwistle said right before the jingle of someone’s phone in the audience went off, at which point he said to audience applause: “Answer that phone if you have to. Please, we need the revenue.”

Vancouver has 10,000 high tech companies and 20,000 startups and is ranked in the top 20 technology hubs in North America. TELUS promises Vancouver will soon be in the top 10, and then the top 5 once the new fibre optic network launches.

But most importantly, the upgrade with help with one of the biggest issues facing our aging population.

“Fibre optic technology will help us address the number one social issue of our time: health care efficiency,” Entwistle said.

Access to our own health information online should be a digital right, currently adopted by only 38 per cent of health care providers, he noted.

An impressive line-up of available digital devices for health care monitoring, like wearable technology to track patients with Alzheimer’s and heart rate monitors, will benefit innumerably from the fibre optic network.

Government services will also greatly benefit from TELUS’ announcement as well as citizen engagement. Premier Christy Clark was on hand at the event to show her support for the massive upgrade, something which she promises will aid the province’s economy.

“This investment is important because of the things it will do for our economy. It will attract talent. This is a comment on the confidence TELUS has in the economy of B.C,” Clark said. 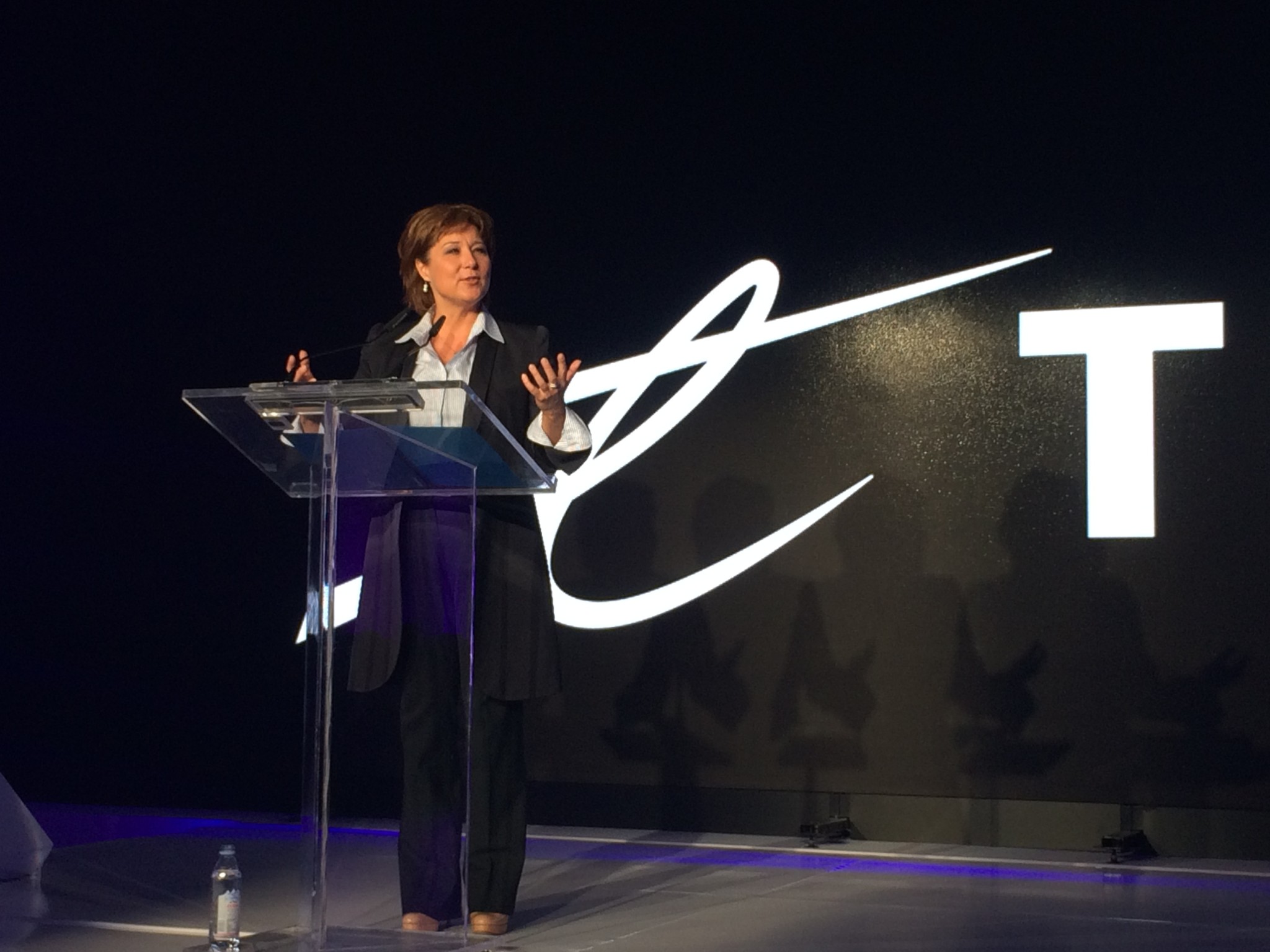 She also applauded the commitment from TELUS and the private sector to keep communities connected and efficient, adding to much fanfare: “Governments do not on their own create economic growth; the private sector creates economic growth. We live in a fair and just society because we are wealthy. And we are wealthy because of companies like TELUS.”

Vancouver Mayor Gregor Robertson also spoke at the event to make note of how the fibre optic network will set Vancouver apart from other cities.

“TELUS’ new leading-edge fibre optic netwrok will transform communications for both residents and businesses in Vancouver, and significantly expand our success as one of the best connected and most competitive cities in the world.”

For those who have tired of having the big telecom companies knocking at their door asking for business, that’s not about to go away. The TELUS team will be going neighbourhood to neighbourhood to discuss connecting homes and businesses to the new network. The good news is, Vancouverites do not need to be a current TELUS customer to get in on the higher speeds nor does anyone need to purchase extra services once the construction is complete.

An additionally philanthropic announcement was made by the company today, making a $100,000 investment in the Vancouver Public Library and establish the TELUS Innovation Fund.

TELUS is investing over $11.5 billion into British Columbia in the next four years and by 2018 will have invested over $47 billion since 2000. The company’s annual revenue stands at $12.3 billion. They have been operating in B.C. for 125 years. 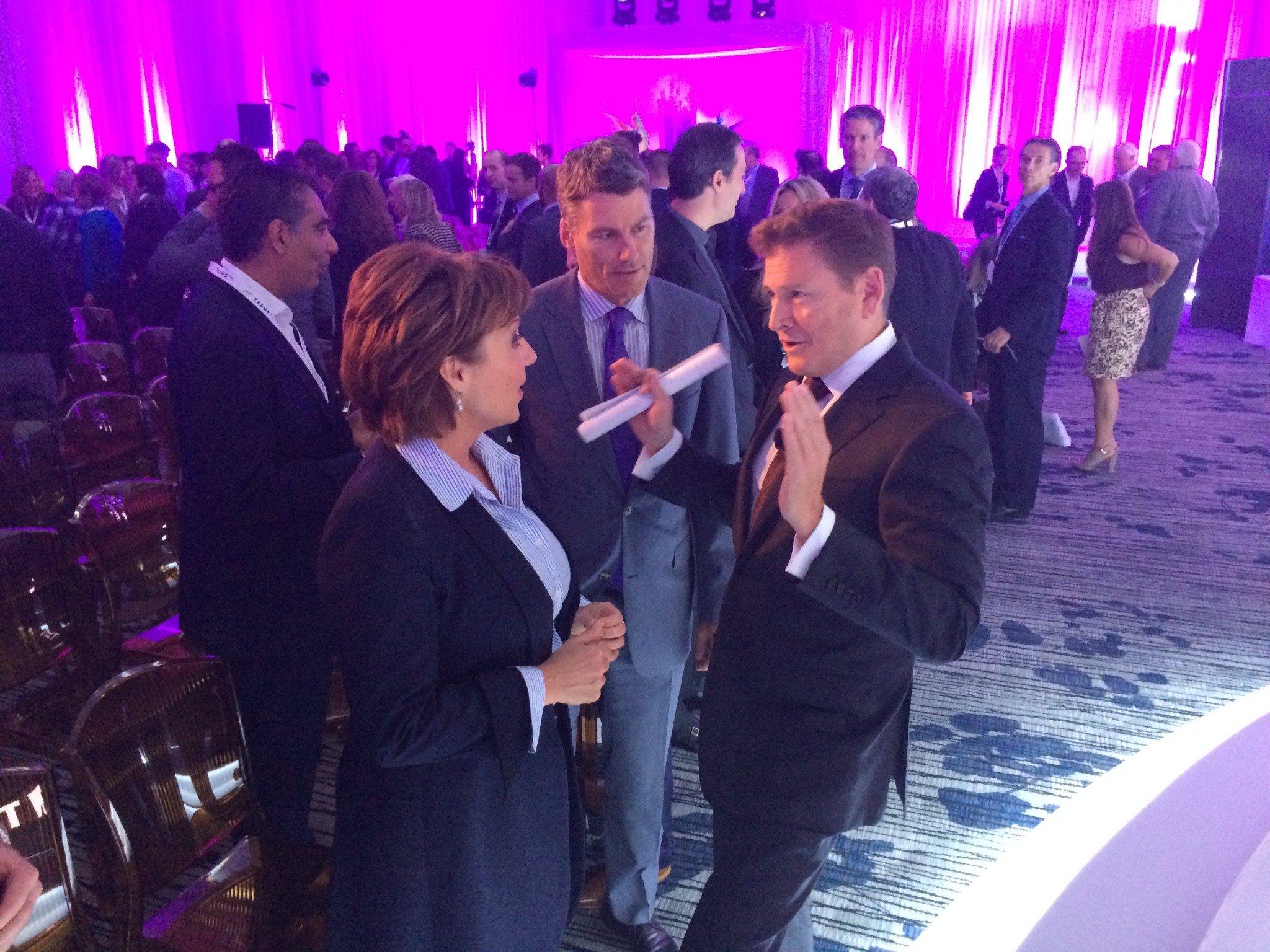