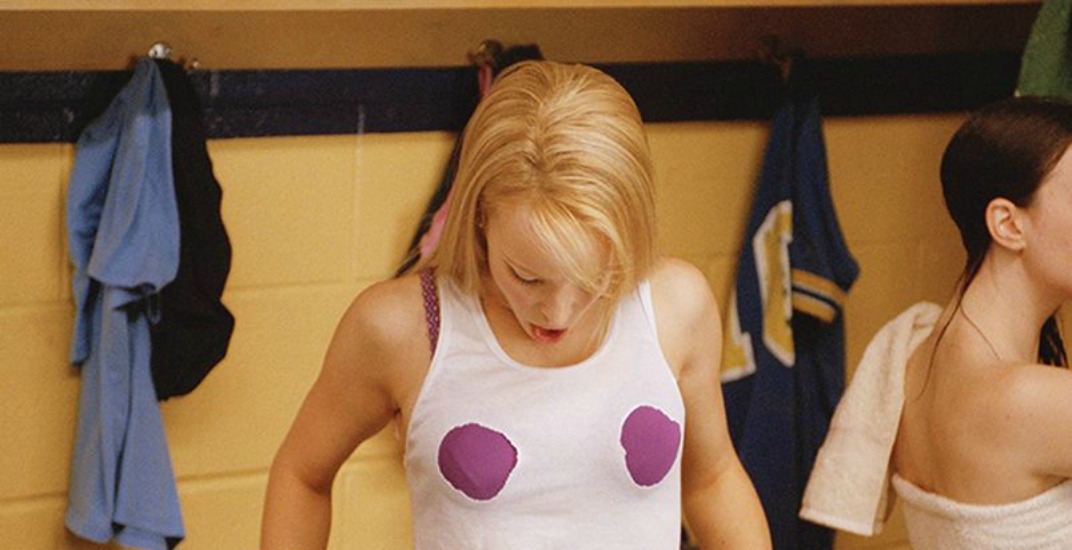 It’s that time of year again – sleeping in is out and school books are in. But it’s okay. You’ve got memories to make. When you think about it, some of the craziest, funniest things actually happen when you’re at school. That’s where movies come in.

Daily Hive has teamed up with TELUS to select nine back-to-school movies that will have you stoked for the year ahead.

TELUS Pik TV™ is a great place to find many of these classics. Seriously, it’s as simple as plugging the Pik TV media box into your TV or downloading the Pik TV app to your smartphone or tablet.

With that in mind, we urge you to sit back and study these school-set favourites.

Not many people like getting sent to detention. Even worse, in this movie the power-hungry principal makes detention happen on a Saturday. In a comical turn of affairs, five high school students from all walks of life land in detention together. You’re going to want to check out this classic to see all of the things the odd group gets up to as the players turn detention into a lesson in how to win at life.

The classic story of a student starting at a new high school takes a turn when new girl Sandy (played by an angelic Olivia Newton John) finds out that her summer love also goes to the same one. Instead of being filled with sunshine and lollypops, the pair turns catastrophic when Danny (John Travolta) turns off the summer charm. You’ll want to see the drama (and the dancing) that happens between the torn lovers in this teen romance-filled musical, with plenty of laughs and extremely catchy songs along the way.

When Cady Heron moves to America after being homeschooled by her parents in Africa, she finds it hard to fit in right away. Before long she gets in with ‘The Plastics’, a clique of mean girls who own the school hallways. There’s a total makeover, a school epidemic, a crazy house party, and some math, making this school-themed movie one to remember. When a member of The Plastics falls for hot guy Aaron Samuels, you know there’s going to be trouble.

Harry Potter and the Philosopher’s Stone (2001)

Do you believe in magic? You might when you sit down to watch this movie based on J.K Rowling’s wildly popular novel that sparked off the Harry Potter series. The movie sees a young Harry Potter go from zero to a hero after he’s taken to a school of wizardry, Hogwarts. This fantasy-action movie is one that you’ll love even if you haven’t read the book. Prepare yourself for some ‘wingardium leviosa’ and the houses Gryffindor, Slytherin, Ravenclaw, and Hufflepuff.

Experience San Diego cheerleading like never before when you see the Toro squad perform insane dance routines that send crowds at their school and competitions wild. They’ve got sass and spunk that gets them to the national championships, winning year after year. Things take a turn when they realize another squad, the Clovers, take some of their movies and get ahead of them in the game. You’ll want to watch the movie to see the drama that unfolds when cheer squads come head to head.

Like any high school, there’s the girl all guys are trying to date (Bianca) and the girl that doesn’t have interest in any of the guys (Kat). In 10 Things I Hate About You, the pair are sisters and their dad will only let Bianca date if her sister Kat is dating. Patrick Verona (the late Heath Ledger) agrees to take her on a date for a bet but ends up falling for her. Will she let him in? You’ll need to watch this ‘f90s romantic hit comedy to find out for yourself.

Two high school teens Seth and Michael are trying to plan the ultimate graduation party but the problem is that neither of them are old enough to buy booze. In a comical series of events, they end up trying to use a fake ID under the name McLovin and spend half the night with two bored police officers. Things get a little complicated after that but you’re guaranteed to be laughing for pretty much all of this movie.

Ren McCormack (a young Kevin Bacon) moves from Chicago to a small town where dancing and rock music are illegal. He struggles to fit in at school but is on a mission to try and change things with the help of his new friend Willard Hewitt. There’s plenty of dancing as you see this rebel with a cause trying to shake things up. Check it out to get even more hyped up about your graduation ball and school dance events.

This ridiculously funny U.S. comedy sees awkward teen Napoleon Dynamite face some trouble fitting in at school and life in general. His uncle comes to keep an eye on him and makes things even harder for him. But in a change of events, he befriends a young boy at school called Pedro who helps him launch a campaign to run for class president. Does he make the cut? You’ll have to sit down this weekend and watch the LOL-inducing movie to see what happens.

If you haven’t already heard, Pik TV is not your traditional TV subscription service. Powered by Android TV ™, Pik offers the most popular live TV channels, an On Demand library of shows and movies, as well as direct access to the Google Play Store for a variety of streaming and gaming apps like Netflix, YouTube and Spotify. It’s ideal for all you cord- cutters and cord-nevers who aren’t interested in signing a contract.

Protip: You can watch many of these school-inspired movies at home or on-the-go with Pik TV and it’s $0 for the first month so grab some popcorn and get comfy.