Jay DeMerit is someone who can attest to the value of perseverance. After not making the professional leagues in the U.S., Jay left for Europe at the age of 23 without any professional experience – only a passport, $1500 and a backpack full of dreams.

Determined to join a team, he approached countless professional clubs throughout Europe for a chance to try-out. To make ends meet, he played in Sunday park leagues and lower level division London clubs earning only 40 pounds a week. He slept on floors and ate beans and toast in order to survive.

Eventually he joined a semi-professional team and after playing one game, earned his first professional contract. In 2007, DeMerit became the captain of the Watford FC team at the age of 27 (becoming the first US-born captain in the team’s history). 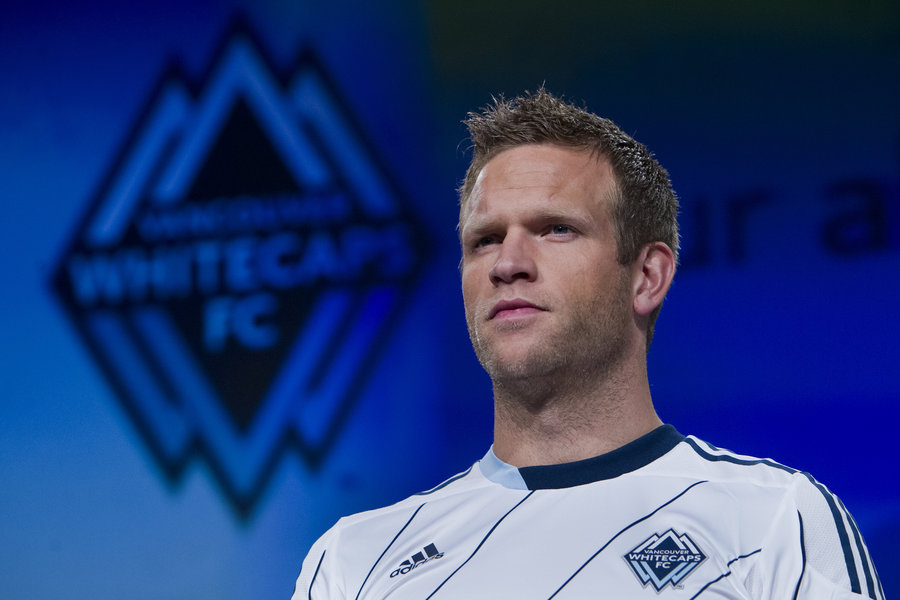 DeMerit went from barely scraping by, to creating a legacy. He became an instant hero in England when he helped his team earn promotion to the English Premier league by scoring the “40 million pound goal”, was one of the few players who got to play every minute of the 2010 FIFA World Cup, and the list goes on. His most recent post was as Captain of the Vancouver Whitecaps FC where he retired in 2014, transitioning into an ambassador role for the team.

While DeMerit has created much success in his prolific soccer career, he is also an avid entrepreneur. He started multiple online and brick and mortar companies, including co-founding Songwhale, a content-based technology company with offices worldwide. With his wife, the former Canadian Olympic gold medalist, Ashleigh McIvor, the two plan to start the Rise & Shine Retreat in the summer of 2015, in Pemberton Valley. The retreats will include a soccer program as well as facilities for corporate retreats, weddings, and other events, to fuel a charitable component enabling underprivileged youth to join in on the sports camps.

TELUS Optik™ Local brings you exciting, original, community television programming created for you and by you – available on Optik TV Demand and telus.com/optiklocal.